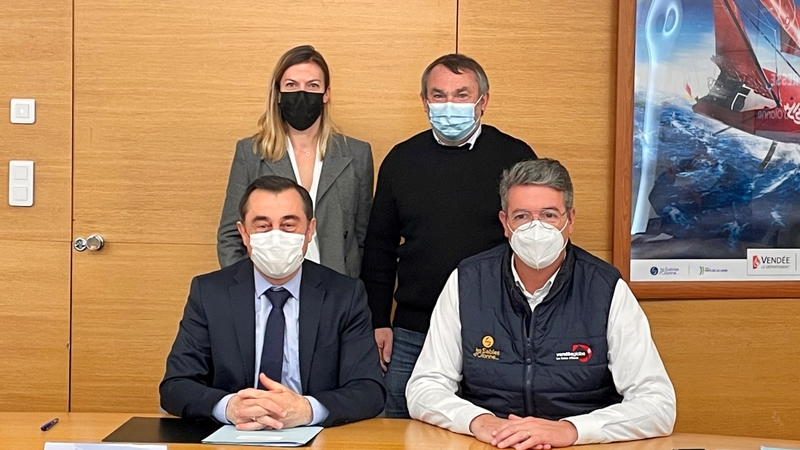 The competitors will commence the race from Port Olona on June 12, 2022.

This 3,500 nautical miles race is the first qualifying race for the next Vendée Globe and so it will be an opportunity for the skippers of the Vendée Globe 2024 to take on the challenging waters of the northern latitudes. For many of the solo skippers this will be the time they will have crossed the Arctic Circle and circumnavigated Iceland.

To underpin the high level sporting aspects of this very demanding race, the  Vendée has appointed Francis Le Goff to act as Race Director.

Francis Le Goff has been involved in race management teams for more than 20 years and has built up a very solid experience of major offshore and ocean racing events. From watch leader to coach, to Regional League Sailing Director to Race Director, Le Goff has built his marine skillsets over the years through a very multi-faceted approach to the sea.

He has been Race Director on the Solitaire du Figaro from 2017 to 2021 on the Transat en Double Concarneau-Saint-Barthélemy in 2019 and 2021, on the Route du Rhum Destination Guadeloupe 2018 and most recently on the double handed Transat Jacques Vabre Normandie Le Havre 2021. Overall he has accumulated a significant and varied experience.

Francis Le Goff will call on a seasoned team to support him on this race:

For more information on the race, see: https://www.vendeeglobe.org/en/news/22441/the-vendee-arctic-les-sables-d-olonne-2022-offers-a-demanding-3-500-mile-course