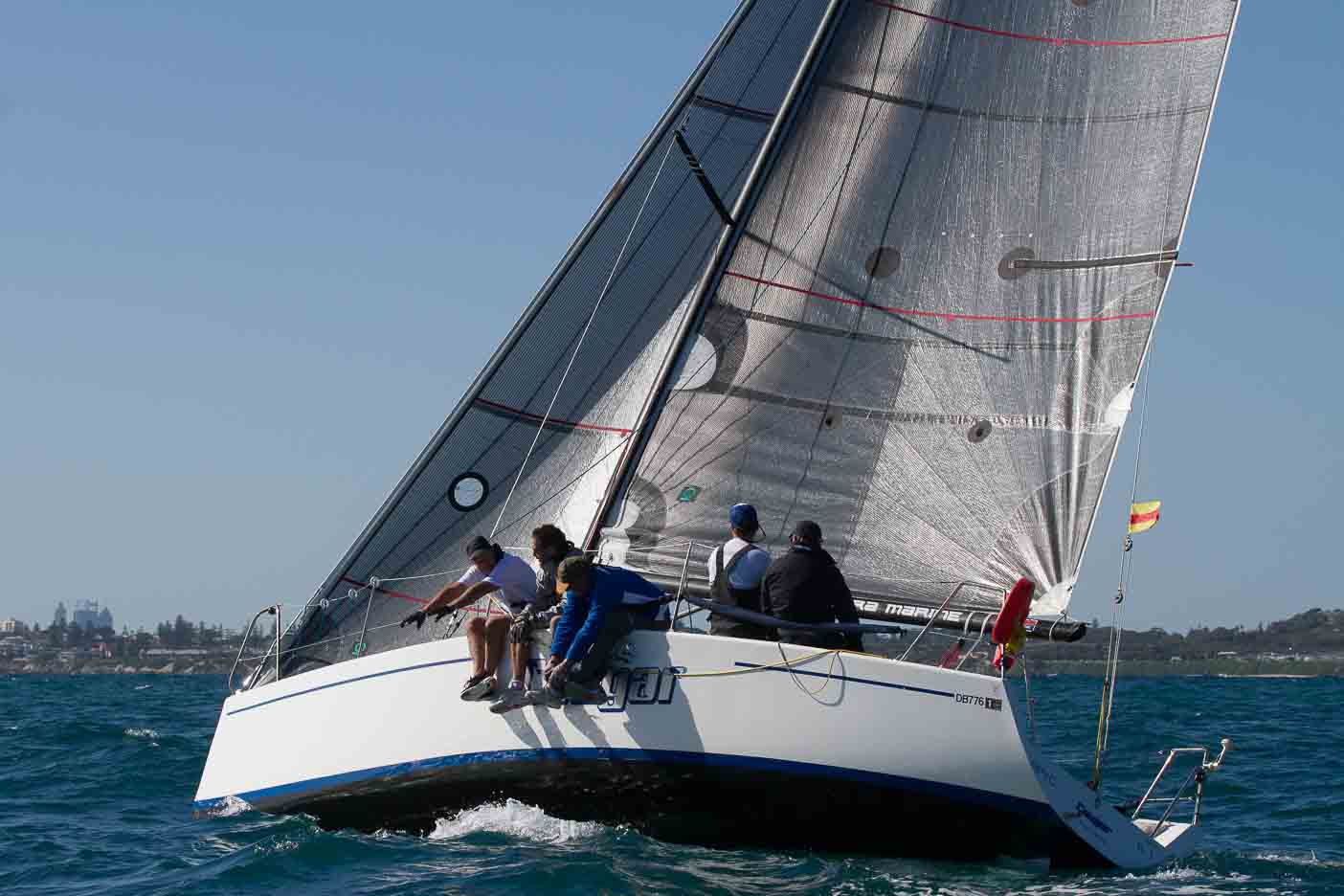 Cougar scored line honours and first on corrected time for Division Two in each of the four IRC races held on Sunday. Photo Bernie Kaaks.

Fremantle Sailing Club’s Arlene race opened the 2016 Valmadre Series on a wet and blustery winter’s day. Heavy rain fell soon after the start, obliterating the shoreline and presenting a challenge to leaders to find the first mark when visibility closed to no more than a hundred metres.

A gybing manoeuvre on the double-handed entry Selkie went wrong and resulted in the entire steering binnacle being torn out of the yacht, complete with wheel. Skipper Alison Stock and crew Brad Skeggs activated their emergency steering and were well on their way back to Fremantle when they made the radion call to advise their retirement. Bruce Beattie’s double hander Lizard was also an early retirement.

In the absence of glamour boats Indian, Black Betty and Dirty Deeds, the field was wide open and encouraged some fine, close racing. Out of the gloom, David Walling’s Farr40 The Next Factor emerged for a win in Division 1’s IRC fleet, flowed by Obsession, skippered by Andrew Harry. In a fascinating battle for third place, just 16 seconds separated three challengers. Argo finished third, followed by Giddy Up and Enterprise.

By contrast, Sunday’s weather was postcard perfect. In bright sunshine and winds fluctuating between eight and twelve knots, the RECEO IRC State championship could not have been any better.

Division two’s Cougar, the Farr30 sailed by Scott Glaskin was clearly superior, taking line honours and IRC first place in each of the four windward and return races to establish a strong lead after the first day of the championship series, ahead of Dynamic.

In division one Obsession enjoys a two point lead over The Next Factor with Argo a further two points back in third place. The two leaders have each won two races so the series will be closely fought as it progresses.