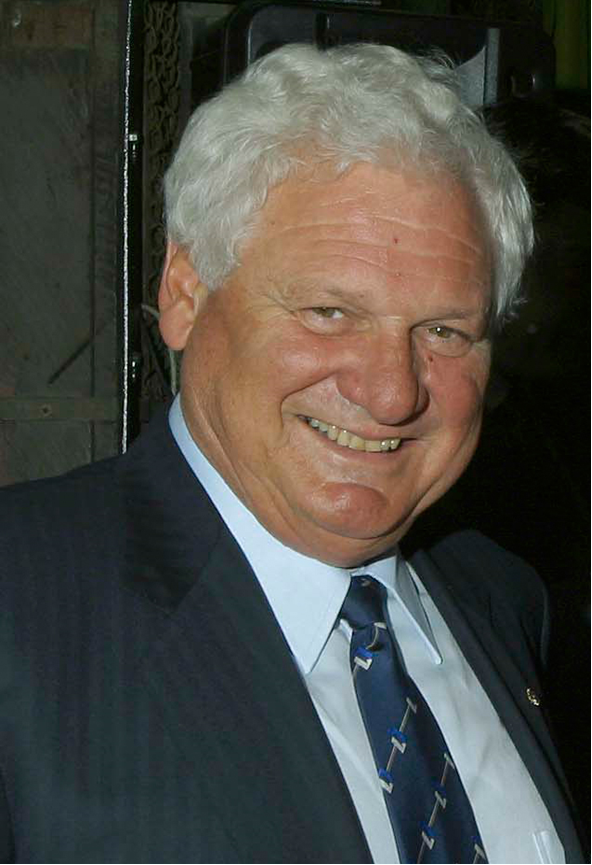 Yachtsman Thorold (Thorry) Gunnersen AM passed away on 4 February 2018 at his home at Davey’s Bay, Port Phillip, Victoria. He was 77. Thorry came from a family of maritime heritage, with his great grandfather Gunner Gunnersen a merchant sea captain who sailed the Norway to Australia run and imported some of the first Baltic timber into the country.

Gunner settled in Australia in the 1870s and established the family timber business in 1879 which the family continues to run to this day. One of the oldest family-owned business in Australia, Gunnersens was led by Thorry and his late brother Peter with great success after taking over from their father in the late 1960’s.

Thorry started sailing from an early age, joining Davey’s Bay Yacht Club in the 1950’s. He soon progressed to offshore cruising with his father Harvey aboard the 36 foot schooner ‘Tahoe’, providing the first impetus of a passion for offshore sailing adventures which he carried all his life. Moving to the UK in the mid-1960’s, Thorry purchased ‘Trine’ in 1965, a 32ft Norwegian Troll class motorsailer which was cruised with his first wife Sue and toddler daughters Sarah and Jenny.

Cruising included the Channel and inlets of Western Europe, including a cruise from Norway to Salcombe UK. Transiting canals was assisted as Thorry engaged the local fire brigade in his inimitable style to help remove/install the mast with their fire engine ladder.

His time in Southampton included racing on the Solent where he became friends with Blondie Hasler and admired the exploits of Major Bill Tilman, who both provided early inspiration for ocean racing and cruising, and an early connection to the Royal Cruising Club.

Returning to Australia in the 1960’s, Thorry joined the Royal Brighton Yacht Club and was an active member with his new boat ‘Cimba II’, a 25ft Top Hat sloop which he cruised in the Bay and Bass Strait. At the club, a lifelong friendship was struck with Professor Peter Joubert, who introduced Thorry to racing and mentored him in its technical aspects.

Thorry crewed with the Professor on many offshore racing campaigns, including five Sydney Hobart races aboard Billabong in the 1970’s and 1980’s. Thorry went on to purchase the Joubert designed Currawong 30 ‘Gumblossom’ in 1988 and went on to campaign her in regattas around Australia in the late 1980s and early 1990s, including tightly fought Sydney Hobart division races with sister-ship Zeus II. Gumblossom was cruised across the Tasman to New Zealand in 1990, with Thorry subsequently awarded RBYC’s inaugural cruising yachtsman of the year.

Built by Norman R Wright and Sons in Bulimba, Queensland, she was launched in November 1994 to sail in the 50th Sydney Hobart. Thorry went on to campaign Windmills in numerous Sydney-Hobart and Melbourne-Hobart yacht races between 1994 and 2015, the boat revelling in the strong winds and large seaway that often featured. In the stormy 1998 Sydney-Hobart race, Thorry steered Windmills through the storm-force sou’westerly and finished 2nd in CHS division.

The 2003 Sydney-Hobart was one of Thorry’s racing highlights, with a 2nd Overall (IMS) placing. The race featured a blistering spinnaker run off Tasmania’s east coast, with valuable gains as Windmills held steady with storm kite running before a 35-40 knot northerly. Divisional wins and placings were also had in the Melbourne-Hobart ‘Westcoaster’ in 1995 (2nd PHD), 1996 (1st PHD) and 2001 (1st IMS).

A racing schedule was mixed with extensive cruising, including the Pacific Islands, the Great Australian Bight and twice to New Zealand in 2000 and 2003 for the Americas Cup. Cruising in New Zealand included Bay of Islands, Queen Charlotte Sounds, and a circumnavigation of the South Island which featured Fjordland and Stewart Island. Cruising in Europe followed in 2007-2010, including the Baltic east to St Petersburg, the UK and the Scotland Hebrides, Sweden and Norway.

His Norwegian cruise of 2009 took Windmills north along the western Fjord coast and into the Arctic Circle to Tromso at 70 degrees north. For this cruise, which spanned 4 months and almost 4000nm, Thorry was awarded the Royal Cruising Club’s ‘Romola Cup’ in 2009 for most outstanding cruise of any duration. In its 100th year, it was the first time the cup had been awarded to an Australian yachtsman.

Through his sailing life, Thorry developed many friendships in the sailing community, with hospitality by new and old friends extended during his voyaging to the various ports of call in Australia, Pacific Islands, NZ and Europe. He was an active member of many yacht clubs, with participation in events variously held by Royal Cruising Club (UK), Royal Brighton YC, Sandringham YC, Ocean Racing Club of Victoria, Davey’s Bay YC, Cruising Yacht Club of Australia and Queenscliff Cruising Yacht Club.

He was held in great respect and affection by his crew, with crew tenure generally spanning several years and, in some instances 20 to 30+ years. Crew were given invaluable experience in all aspects of yacht management, being handed responsibilities in preparation, administration, victualling, weather and navigation, whilst Thorry oversaw a great attention to detail and fastidious maintenance of his boats.

Thorry willingly imparted his knowledge and experience in racing and cruising strategy, sail trim, helming and heavy weather tactics. He will be sorely missed, with condolences to wife Joanne, sister Helen, children Sarah, Jenny, Nils, Lissa and Sverre, and his 12 grandchildren. Thorry has made his last sail change.

For tho' from out our bourne of Time and Place
The flood may bear me far,
I hope to see my Pilot face to face
When I have crost the bar. Alfred. Lord Tennyson.