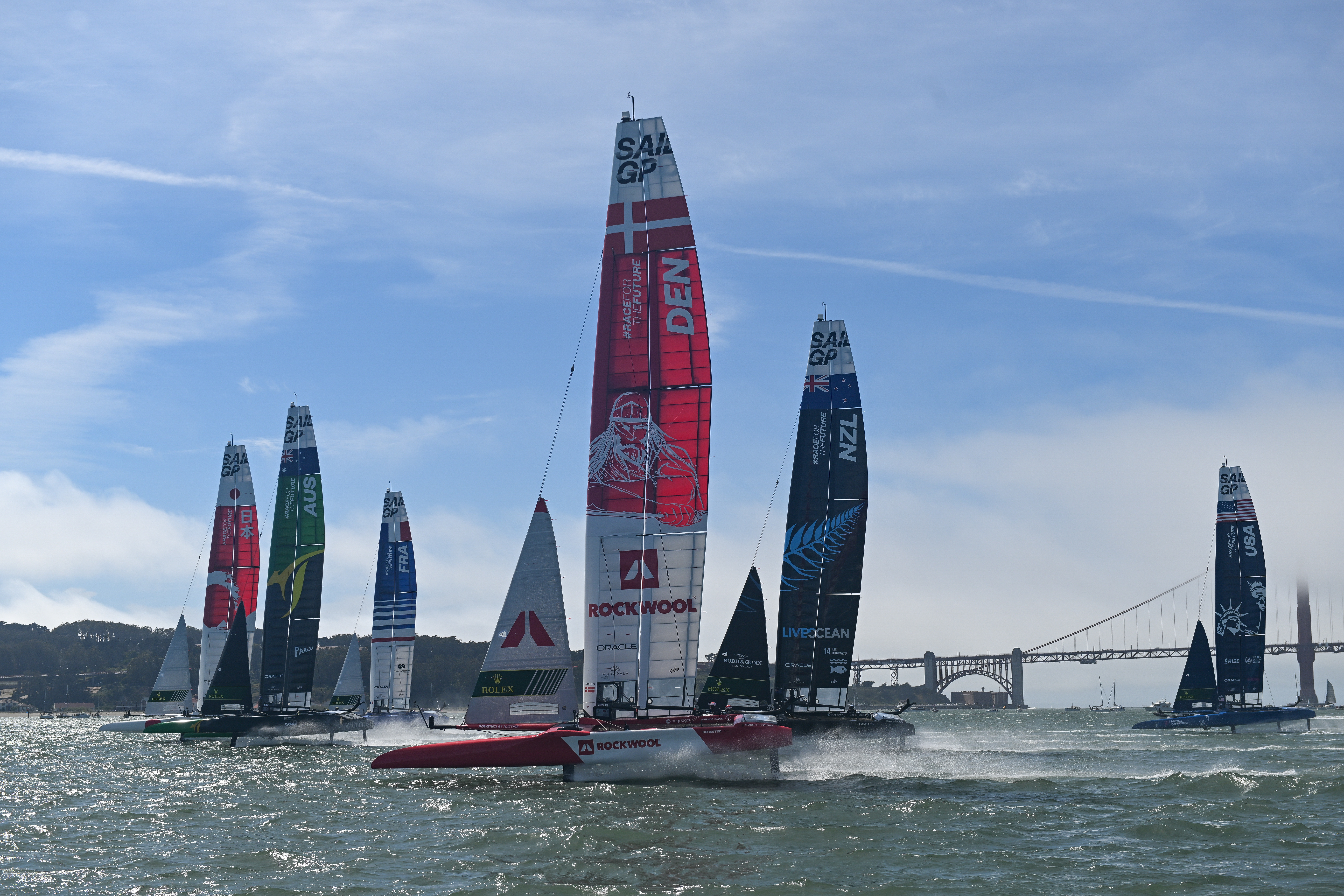 Australia and Spain had a near collision on day one. Pic - Ricardo Pinto for SailGP

Tom Slingsby had a fiery first day of sailing at the Mubadala United States Sail grand Prix, unleashing his infamous alter ego ‘the red mist’ onto the San Francisco Bay.

The Australia SailGP Team refused to back down during racing, which saw a penalty inflicted on Slingsby’s crew with the Spanish Team. Clearly disgruntled by the incident and the near collision, Slingsby was forced to get behind the Spanish.

Tom Slingsby said: “I was annoyed at the Spanish as they could have caused an unnecessary collision and damaged our boat. All Jordi had to do was go straight in that situation and we would have still copped the penalty which we would have said no worries to.

But he turned into us which almost caused a crash, and took our boats out of racing tomorrow. It wasn’t a smart move by Jordi but he did come and apologise to me afterwards and explained that he lost control of the boat.”

Slingsby had commented on his fiery nature in the Drivers press conference the day prior saying, “I’ve heard them say I’ve got a bad temper,” he continued, “and that my temper might be what loses me the Final. I do have a temper – it’s known as Red Mist on board when I start losing my temper – but my passion is what gets us to the top and I am not going to change the way I am.”

There was also drama for the Australians before they even headed to the race track. The Australian Team were set to potentially miss racing, after sustaining serious damage to their wing in a capsize during Thursday’s practice. The Australian F50 had to undergo major technical repairs that saw the technical team work through Friday night to have the boat on the race course today.

Following the races today, the Australians are set to face off against the USA and Japan teams in the $1 million dollar grand final. Whilst there will be two further fleet races tomorrow, it would take a major collision incident to take the teams out of the Grand Final.

Tomorrow’s Grand Final will air live on Fox Sports and on Kayo at 8am AEST. Kayo are offering fans free access to both the live and replay racing, via its Kayo Freebies offer.