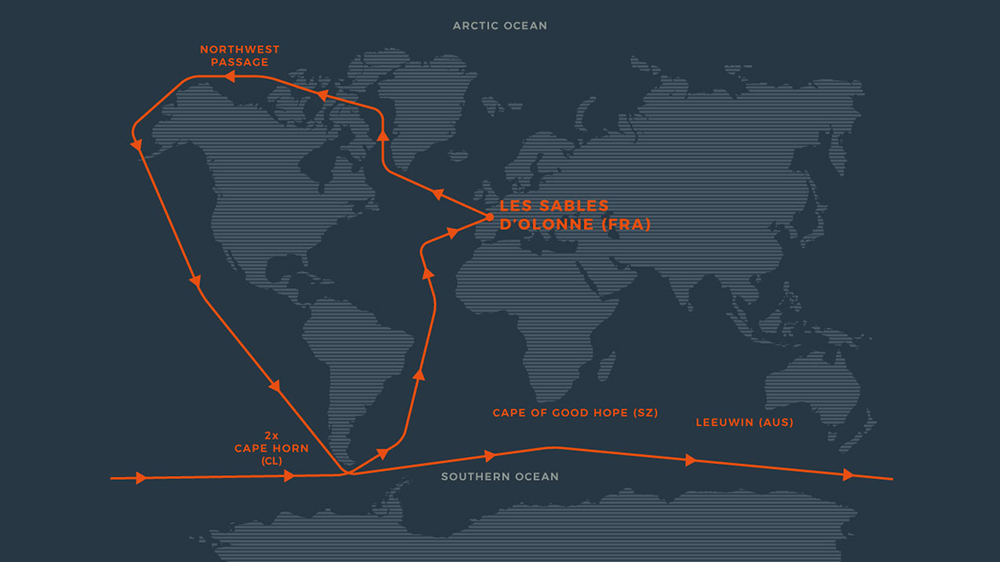 After greeting the crowd this Sunday at 06:00 pm on the Vendée Globe pontoon in Les Sables d'Olonne, the Skipper Norbert Sedlacek motored down the legendary channel escorted by his team and many supporters’ boats, before setting out on his journey around the world.

Open60AAL Innovation Yachts officially crossed the starting line at 05:16:10 p.m. UTC in ideal weather conditions and under the authority of the representative of the World Speed Sailing Record Council to begin this great record attempt on the 5 oceans.

After the departure Norbert will set course to the Arctic Ocean, passing the Northwest Passage from east to west and then heading south to round Cape Horn for the first time.

Norbert will then sail around Antarctica in the Southern Ocean and pass Cape Horn a second time before heading north back home to Les Sables d’Olonne.

Innovation Yachts is an Austrian-French shipyard designing and building unique customized racing and cruising yachts. The yard uses new trendsetting fully sustainable and recyclable materials to optimize quality, performance and the protection of the environment during and after construction.

The Open60AAL is the first 60’ which has been built in Les Sables d'Olonne, France. This revolutionary prototype launched in 2018 is made from volcanic rock fiber, balsa wood core and biocompatible epoxy.

The yacht represents the vanguard of a new generation of high-quality boats, very powerful, safe and ecological.

If this record attempt is successful Norbert Sedlacek will be the first sailor ever to do a single-handed, non-stop circumnavigation without assistance through all oceans including the Arctic and Southern Ocean.

This challenge represents approximately 34,000 nautical miles and around 200 days at sea.

Project ANT ARCTIC LAB will give an ultimate confirmation about the quality and safety of this new yacht building concept!