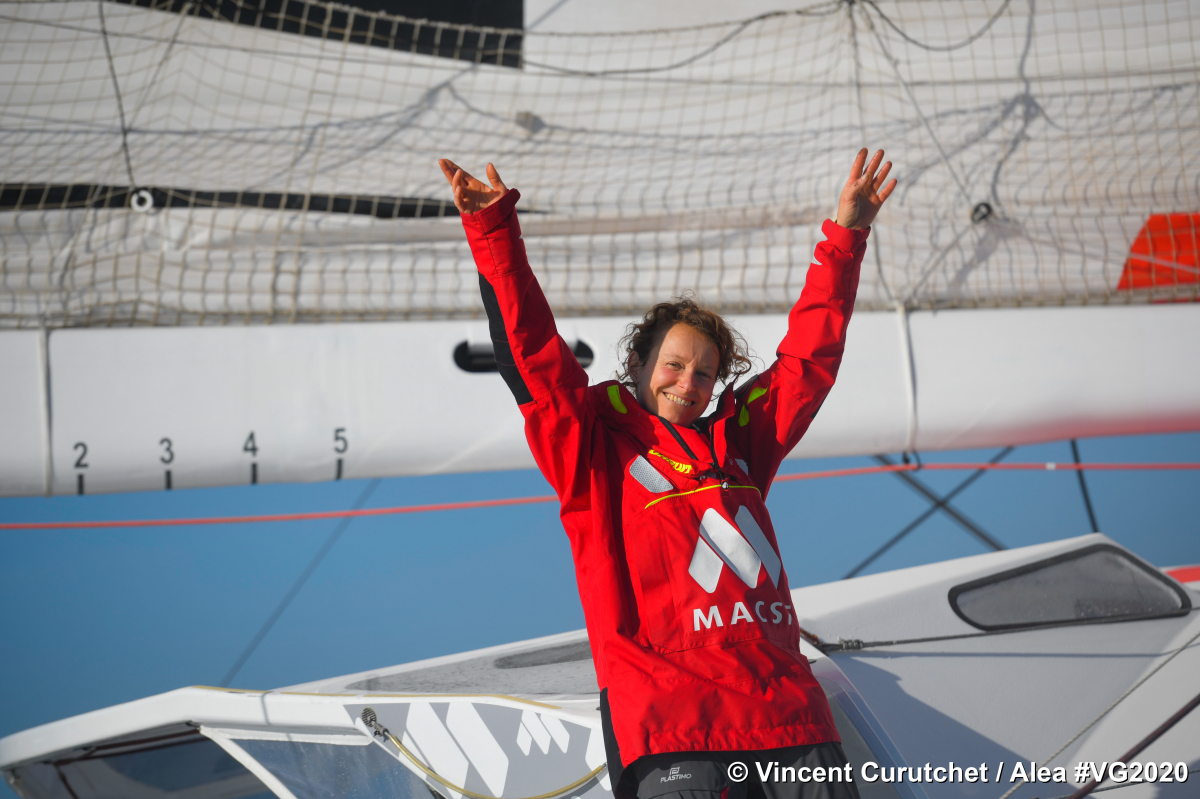 Franco German skipper Isabelle Joschke was rewarded with beautiful spring sunshine and a big, warm and affectionate welcome back to the Les Sables d’Olonne channel today after completing her solo circumnavigation without a final Vendée Globe ranking. Joshcke was forced out of the race on 9th January due to a keel ram failure on her MACSF.

She fought for 16 days to bring her boat to safety into Salvador de Bahia where she met with her technical team to make repairs which allowed her to put to sea again for the 43 year old to complete her first round the world passage.

Reaching the pontoon in the Port Olona marina she said: “For me it was very important to finish this round the world passage. In fact I did not make the decision to start again right away. I had a lot of emotions throughout this round the world trip and especially during my damage. But when I decided to come to the finish, it became so obvious it was the only thing to do. It was so important to complete this story, to give it all its meaning and also to get me back on my feet.”

Briton Sam Davies, also outside the rankings, should complete her own solo round the world passage on Friday around midday (France time) on her Initiatives Coeur. Davies was forced to abandon her Vendée Globe on December 3rd after sustaining damage to the structure supporting her keel in a brutal collision with a floating object south of Cape Town.

Almost immediately she pledged to complete the course, partly to achieve a degree of mental satisfaction on a four year Vendée Globe project but more especially to continue with the Initiatives Coeur project which raises funds for surgery for youngsters from African countries who have life threatening heart conditions. In total Davies’ project has raised enough to fund operations for over 80 youngsters since the start of the race.

Meantime the next ranked race finishers should be Alexia Barrier whose ETA on TSE 4 My Planet is Sunday 28th February while Aria Huusela is predicted to arrive on 5th or 6th March as the 25th and final skipper to complete the ninth edition of the 24,365 miles solo non stop race around the world.