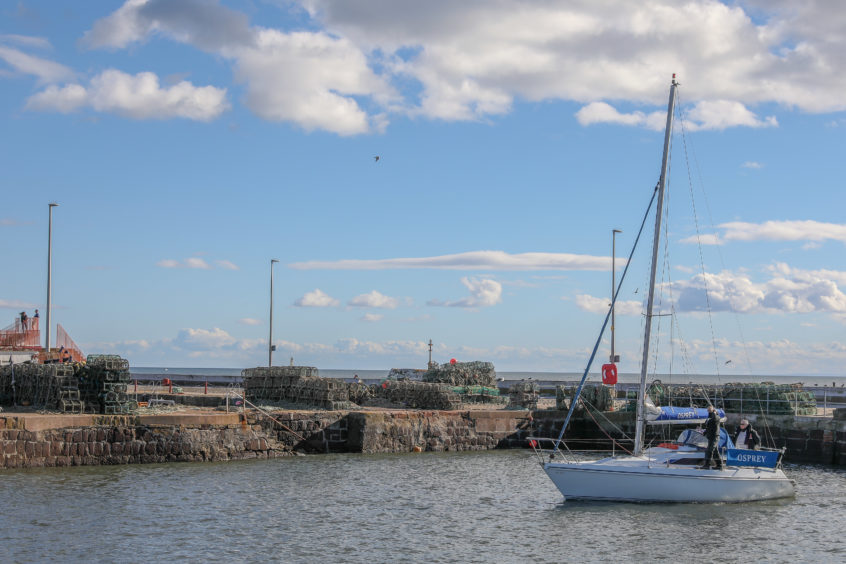 The Osprey is returned to harbour by the police. Photo The Courier.

The Courier.co.uk. By Jim Millar

Two people have been arrested after a yacht was allegedly stolen from Arbroath marina at the weekend.

The drama unfolded when Montrose and Arbroath lifeboats were called out at 7am on Monday morning just north of Lunan Bay with police also in attendance.

Montrose lifeboat crew were initially stood down after establishing that no-one was injured, and the vessel was not in distress.

Police kept the yacht under observation from a cliff-top field near Bodin during the morning, but refused to divulge further details about the yacht’s disappearance.

The vessel was at anchor south of Montrose before moving early in the afternoon. Both lifeboats were again scrambled as the vessel began moving again.

A heavy police presence then moved to Arbroath harbour. A man and a woman were brought in and arrested around 3pm. The yacht remained out at sea but was due to return to the harbour.

Read the full story and see more photographs at The Courier.