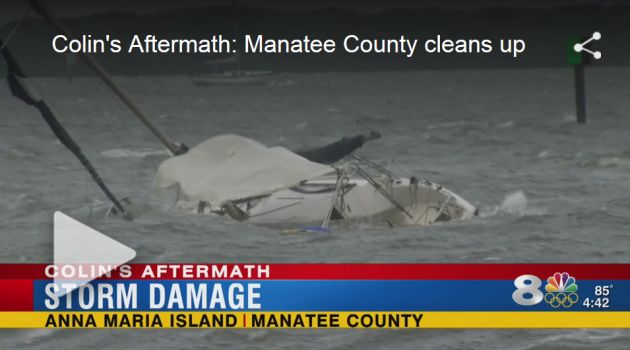 “[A} big barge broke loose, started coming this way and it hit about three or four boats and then it was a chain reaction,” recalled a boater named Jeremy. “One second, everything’s fine, the next second, I have three boats banging into me,” he said.

Ten boats broke away and a few sunk, including a house boat. The Coast Guard even had to rescue some of the people inside. Other boats crashed into each other or collided with the pier, leaving behind damage.

“It was nerve wracking, I lost a dinghy right here, she sunk,” said Jeremy.

Read the full story and watch the video here: http://wfla.com/2016/06/07/tropical-storm-colin-sinks-boats-and-damages-pier-on-anna-maria-island/