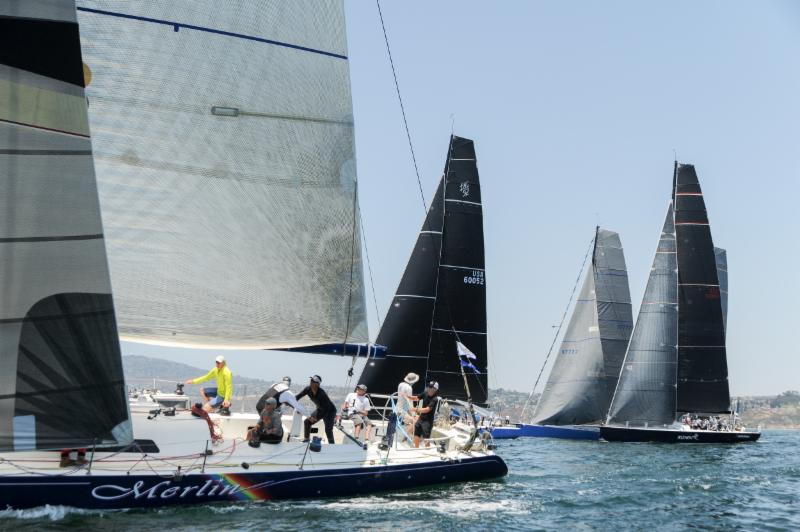 26/03/2019
LOS ANGELES, CA – The Board of the Transpacific Yacht Club, organizers of this year's 2225-mile Transpac 50 race from Los Angeles to Honolulu, has accepted an offer from the Storm Trysail Club to award a new team scoring trophy: the Storm Trysail Club Trophy.
This new trophy is designed to promote camaraderie among offshore sailors from the same club, region, or other affiliation, and will be awarded to the three-boat team which compiles the best score, as determined by using the total of each team member's percentage placement in its respective class.
Affiliations may be self-defined, but teams shall not have more than two boats sailing in the same class.
“Everyone who enters offshore races will be first focused on their own performance,” said AJ Evans, Commodore of the Storm Trysail Club. “Yet we have found this team scoring idea to be popular in other races such as the quadrennial TransAtlantic Race, the annual Block Island Race and the biennial Newport Bermuda Race. There will also be an STC-sponsored team competition in this year's Chicago-Mackinac Race. We're thrilled to develop this relationship with TPYC and to help promote blue water racing in the Pacific.”
Once class splits are determined, each proposed team must submit a Team Application to the Entry Chairman prior to 1700 on July 7, 2019 in order to be scored for this trophy. This form will be posted on the official online Notice Board.
“Our clubs are very similar and compatible,” said TPYC Commodore Tom Hogan. “Our memberships are both composed of serious offshore sailors, and we both help organize offshore races that celebrate and promote the sport. The new Storm Trysail Club Trophy is therefore a welcome addition to Transpac 50, and we hope there are many teams that take advantage of this new opportunity to celebrate achievement in offshore sailing.”
The first class start for Transpac 50 is July 10th, 2019.
For more information on the Storm Trysail Club, visit www.stormtrysail.org.
For more information on the 50th Transpac, visit the event website at https://2019.transpacyc.com.