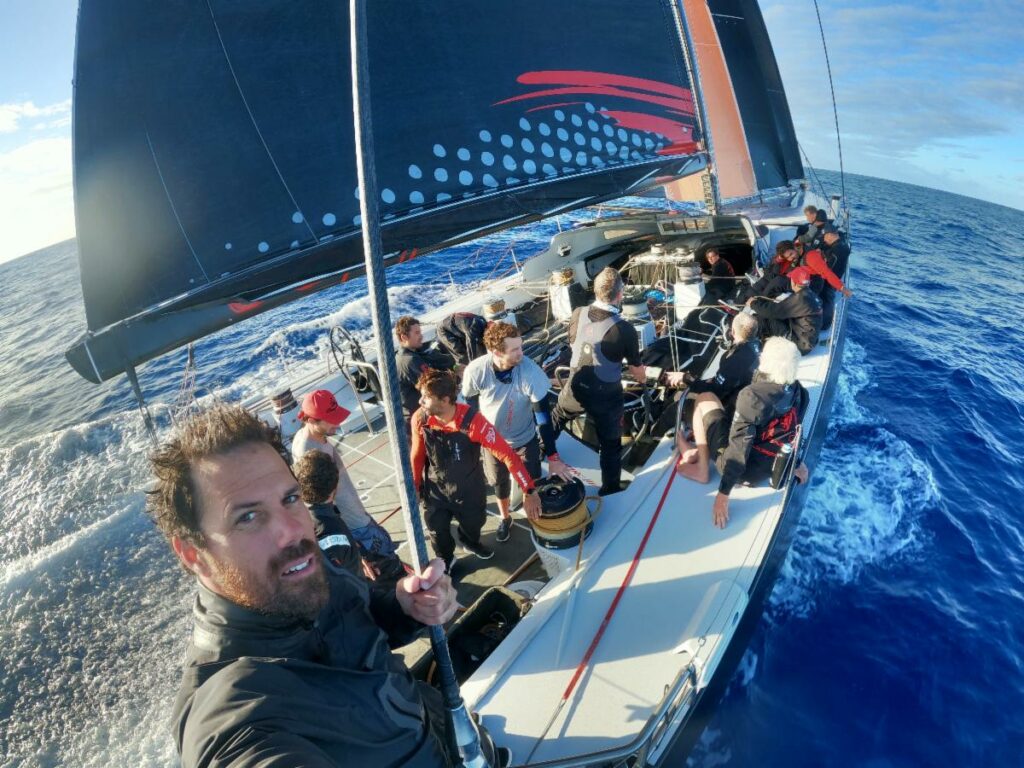 Shannon Falcone takes a selfie and captures the atmosphere on board Comanche during the RORC Transatlantic Race. Pic - @racingSF 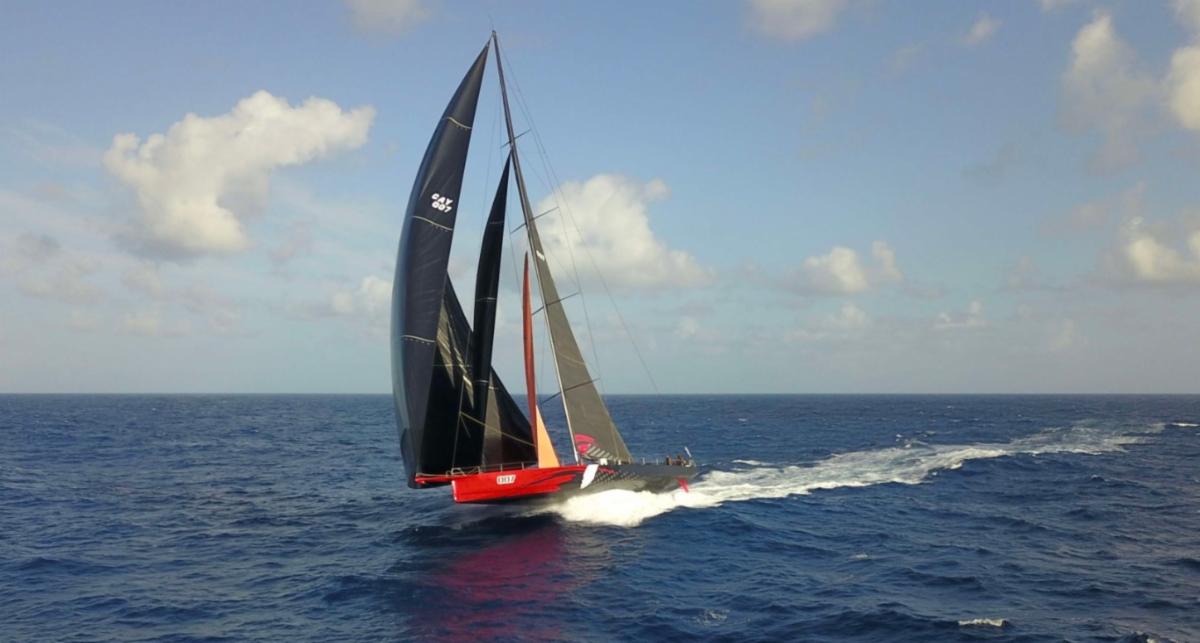 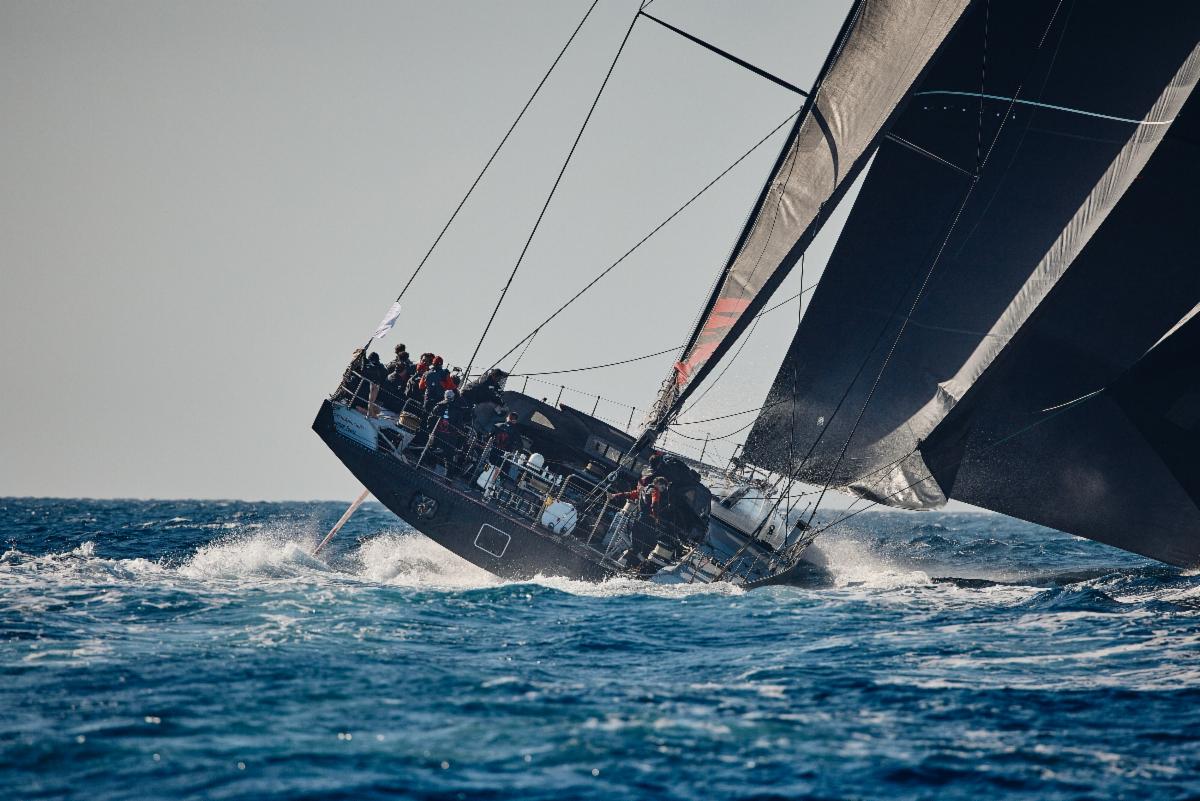 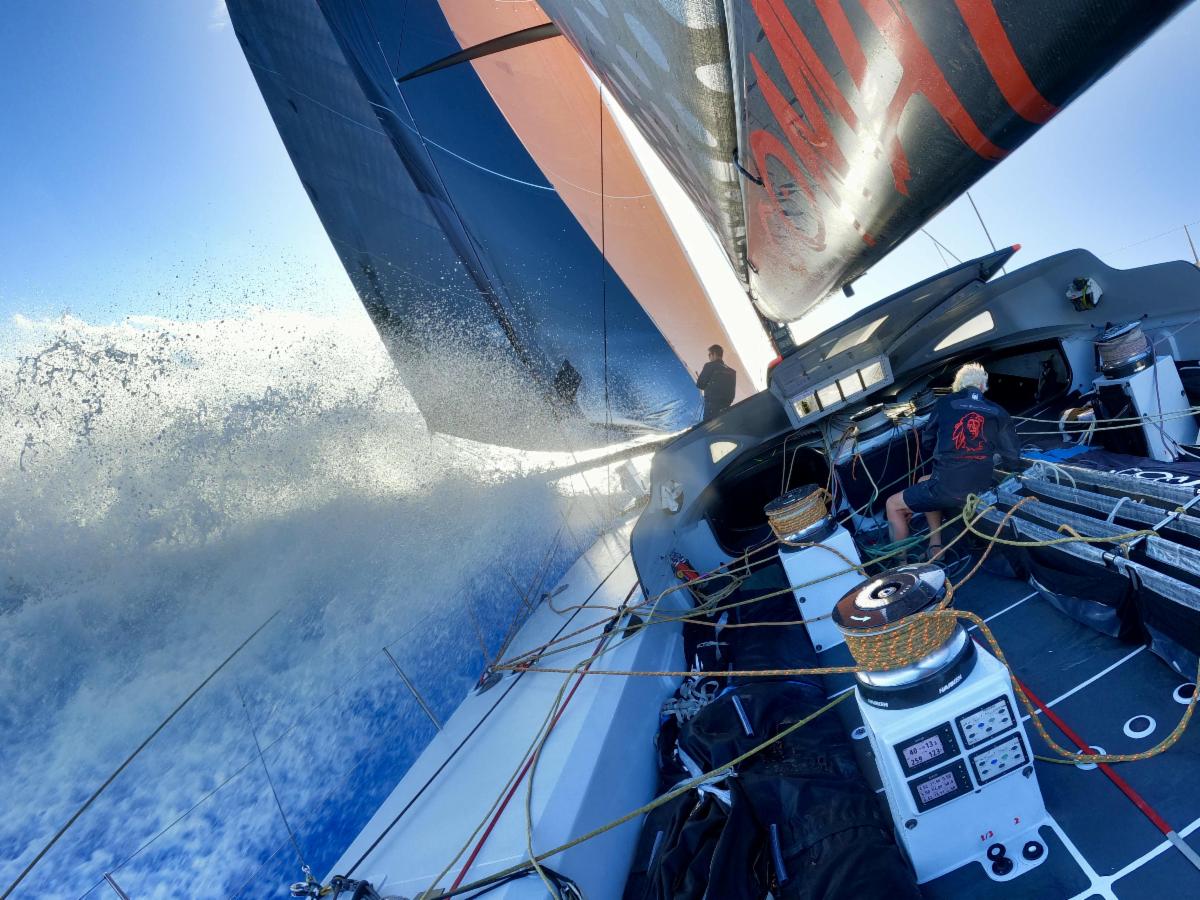 While three boats are still racing under IRC, none of them can beat Comanche’s corrected time for the RORC Transatlantic Race Trophy. Comanche is also the winner of the IMA Trophy for Monohull Line Honours, IRC Super Zero and the Yacht Club de France Trophy. Comanche has also set a new Monohull Race Record for the RORC Transatlantic Race of 7 days 22 hours 1 minute 4 seconds and with it established the Fully Crewed IRCRecords™ corrected time record of 16 days 0 hours 12 minutes 57seconds.

“For any offshore race the aim for Comanche is to take Monohull Line Honours and break race records, which we achieved when we crossed the finish line,” commented Mitch Booth. “Comanche is not optimised for IRC, we just go for speed. So, to win this race overall just ticks every box, which for the owners is just fantastic. They are busy guys with big businesses, but they have followed us every step of the way. Winning the RORC Transatlantic Race Trophy shows just how strong and hard the crew have pushed the boat; we never let up. All credit to Scarlet Oyster and Tala who must have pushed just as hard.”

For the RORC Transatlantic Race, Comanche had 22 crew from 13 different countries. The most crew from any country was four from Russia.

“Comanche is Russian owned and the ethos is to bring on Russian sailors, and they have really started to gel into the team,” commented Booth. “There is a good mix of top dinghy sailors and offshore crew that have done multiple round the world races. The experienced crew teach those new to offshore sailing; they show them what it is all about. By the end of this race there were smiles all around. All crew share positions on the boat, this gives everyone the opportunity to learn every role. The Russian crew are very excited to be part of that and this enthusiasm and excellent teaching works really well.

“This has been a very special win for Comanche. All credit to the RORC, they have been organising races for a very long time and we really appreciate such a high-level of race management, before, during and after the race. The attention to detail and level of safety is second to none,” concluded Booth.

All the news and race reports: http://rorctransatlantic.rorc.org/news/race-updates/