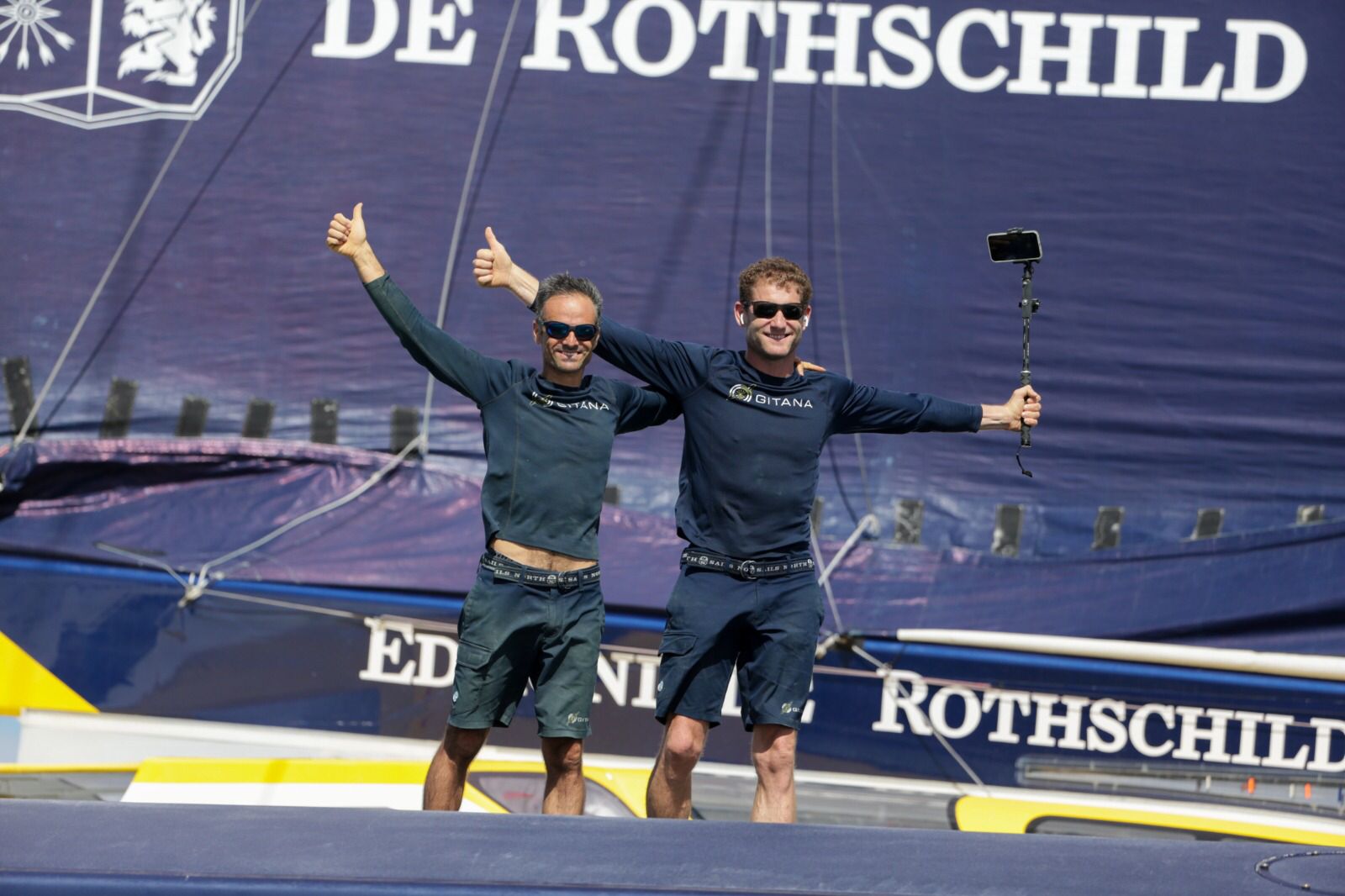 They waited for the sun to shine over Martinique before lining the Maxi Edmond de Rothschild up with Diamond Rock, taking full advantage of their crushing victory in the Transat Jacques Vabre.

At 10 hours 16 minutes et 16 seconds locale (14 hours 16 minutes et 16 seconds UTC), Franck Cammas and Charles Caudrelier crossed the finish line set between the Trois Ilets and Fort-de-France marina. Sailing a masterful race, the skippers of Gitana Team win the star category in the Coffee Route, utterly dominating play in the Ultime fleet to leave their competitors trailing some 100 miles in the wake of the five-arrow flying maxi-trimaran.

Leading the way out of Le Havre, on 7 November 2021, the skippers of the Maxi Edmond de Rothschild headed the fleet throughout the 16 days 1 hour and 49 minutes of racing, with the exception of the passage across the Bay of Biscay where they relinquished control of the race for a matter of hours.

Fully assuming its role as favourite and able to demonstrate the extraordinary potential of the only Verdier design in the fleet, a pioneer of her generation, the Cammas – Caudrelier duo have treated Gitana Team to a second victory in the Transat Jacques Vabre to complement that of 2013. The two sailors now boast seven trophies in all in this event; four for Franck (2001, 2003, 2007 and 2021) and three for Charles (2009, 2013 and 2021).

Since their arrival within the Gitana Team in 2019, the pairing has jointly won every prize going. In this way, this Transat Jacques Vabre confirms the pertinence of Ariane and Benjamin de Rothschild’s decision to unite these two stellar sailors at the helm of a unique duel skipper model.

In this 15th edition of the Coffee Route, the giants of the Ultime category sailed a course tailored specifically to their needs, namely 7,500 miles, two passages across the equator and a brief sprint along the South Atlantic to the Trindade and Martim Vaz archipelago and back at 20°30 south. The Maxi Edmond de Rothschild actually covered 9262,13 miles at an average speed of 24.1 knots.

Though Franck Cammas and Charles Caudrelier posted an impressive performance out on water, back on shore they were able to rely on a top-flight routing cell. In Lorient, Erwan Israël and Stan Honey, together with Chris Bedford on the other side of the Atlantic, traced the ideal route for them. The Franco-American duo worked fantastically well for the whole of the race, the two skippers in perfect harmony with their routers and generous in their praise of the options proposed throughout.