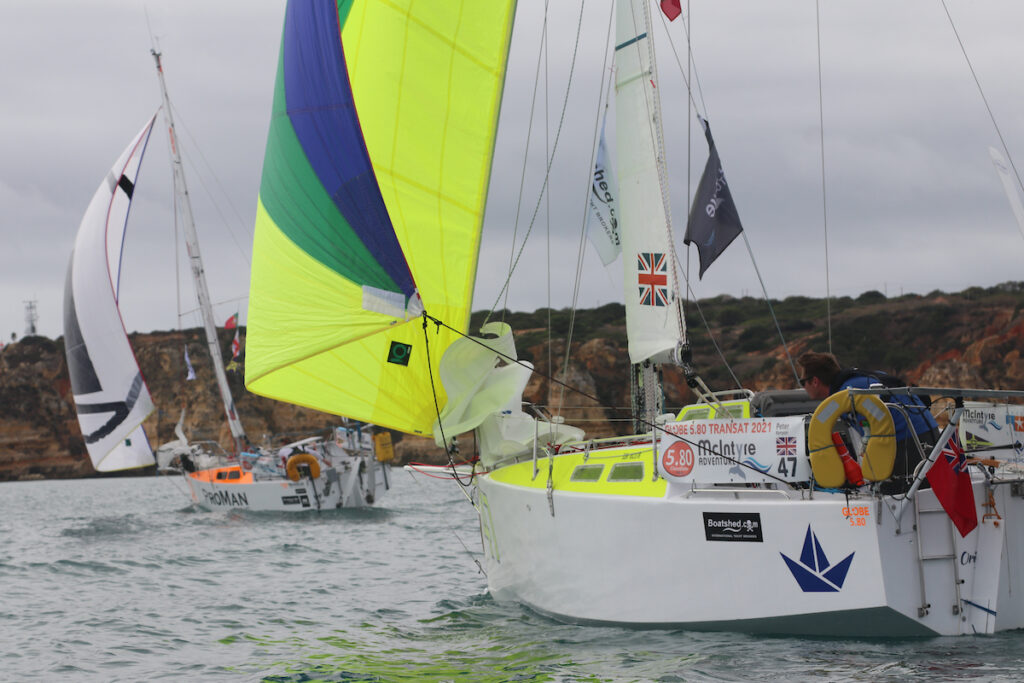 With less than 2000 nautical miles to go, the sailors have completed one-third of the voyage. Pic - G580T 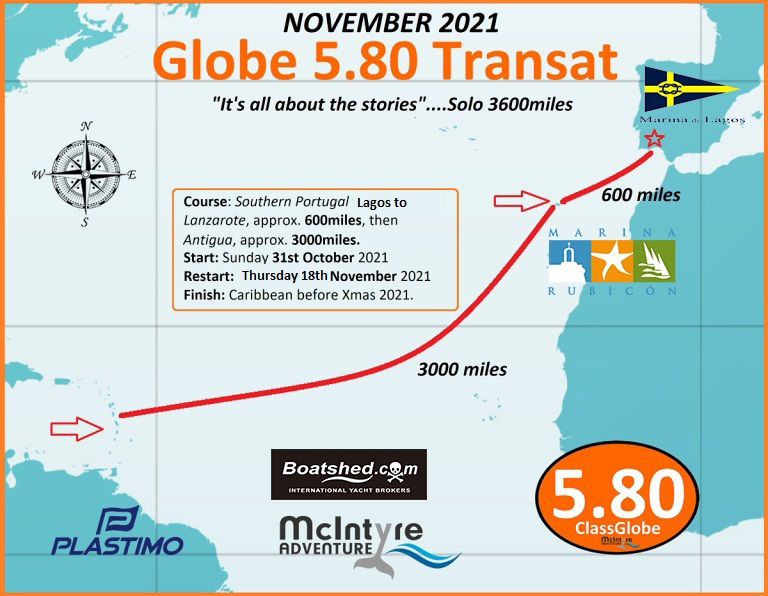 After several days of calm weather that tested everybody’s nerves, the Globe 580 Transat fleet has finally caught the trade winds.

The four leading boats are currently leaving the Cabo Verde Islands in their wake while Jim Schofield (Ireland) in his Molly Claire, who took a more conservative start and missed the first weather system, is crossing the latitude of Nouadhibou in Mauritania.

Globe 580 Transat Race Director Lutz Kohne is relieved to see his sailors finally getting some wind! “After a week of patchy winds, we are happy to see that our old friend, the Azores High, settled in again this weekend, giving the guys steady trades and boat speeds above 5 knots. Being becalmed in the middle of the ocean is one of the significant mental challenges of solo sailing, and I am impressed how well the Globe 5.80 Transat skippers have sat it out and enjoyed the beautiful nature around them!”

The southern group of Etienne Messikommer (Switzerland) in his Numbatou and Michal Krysta (Czech Republic) in his Menawan have just passed Mindelo in Cabo Verde, which Michal chose to round south. Shadowed by the island for most of Sunday with less wind, he let Messikommer increase the gap between them through better speed, but as always between those two, this is far from over!

Meanwhile, 100 nm north of them, Peter Kenyon (UK), Origami, and Don McIntyre (Australia), Trekka, are still battling it out on a parallel route on the same longitude. McIntyre is thrilled to finally cross the 20 degree north latitude, enabling a more direct route towards Antigua.

With less than 2000 nautical miles to go, the sailors have completed one-third of the voyage, and the most challenging part of it, with elusive winds and heavy traffic. They are all shirtless, in good spirits, with the boats in perfect condition for the last part of this inaugural 580 voyage from Lagos to Antigua.

Globe 580 founder and Transat competitor McIntyre is especially pleased with the boat, and his sailing time is giving him even more ideas for the class. “We are learning as we go but now have significant mileage in the fleet in wind conditions ranging from 0 to 50 knots with no damage,” McIntyre said over the weekend. “The design is excellent, the boat is strong and can carry weight. This gives me several ideas about the future of the class for the less experienced or the more social sailors. Expect big news in Boot Dusseldorf!”

The McIntyre Adventure team will be participating in Boot Dusseldorf, an international boat show in Germany, from January 22 to 30 and invites builders to come and see for themselves a race-ready, rigged Globe 580 boat exhibited on the stand. They will meet fellow builders and Transat 580 competitors and learn about the latest developments of this fast-growing fleet with more than 150 plans been sold and more than 50 currently being built.

If you are looking for a winter project and want to build your ocean capable racing yacht, visit www.classglobe580.com, and the builders’ blog page, and join the fun of the 580 family!