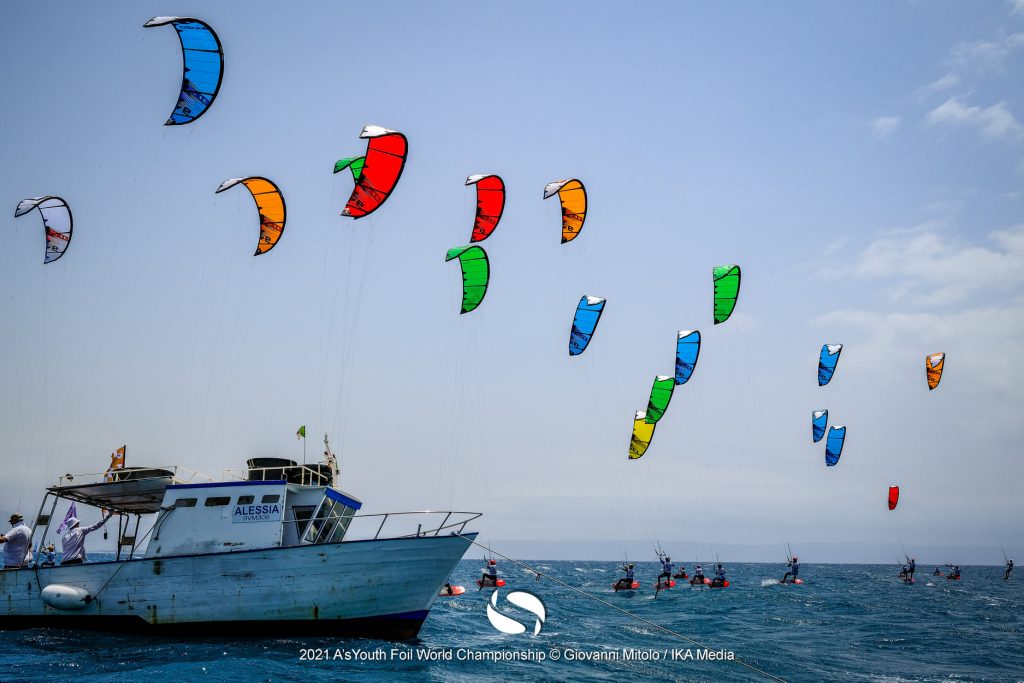 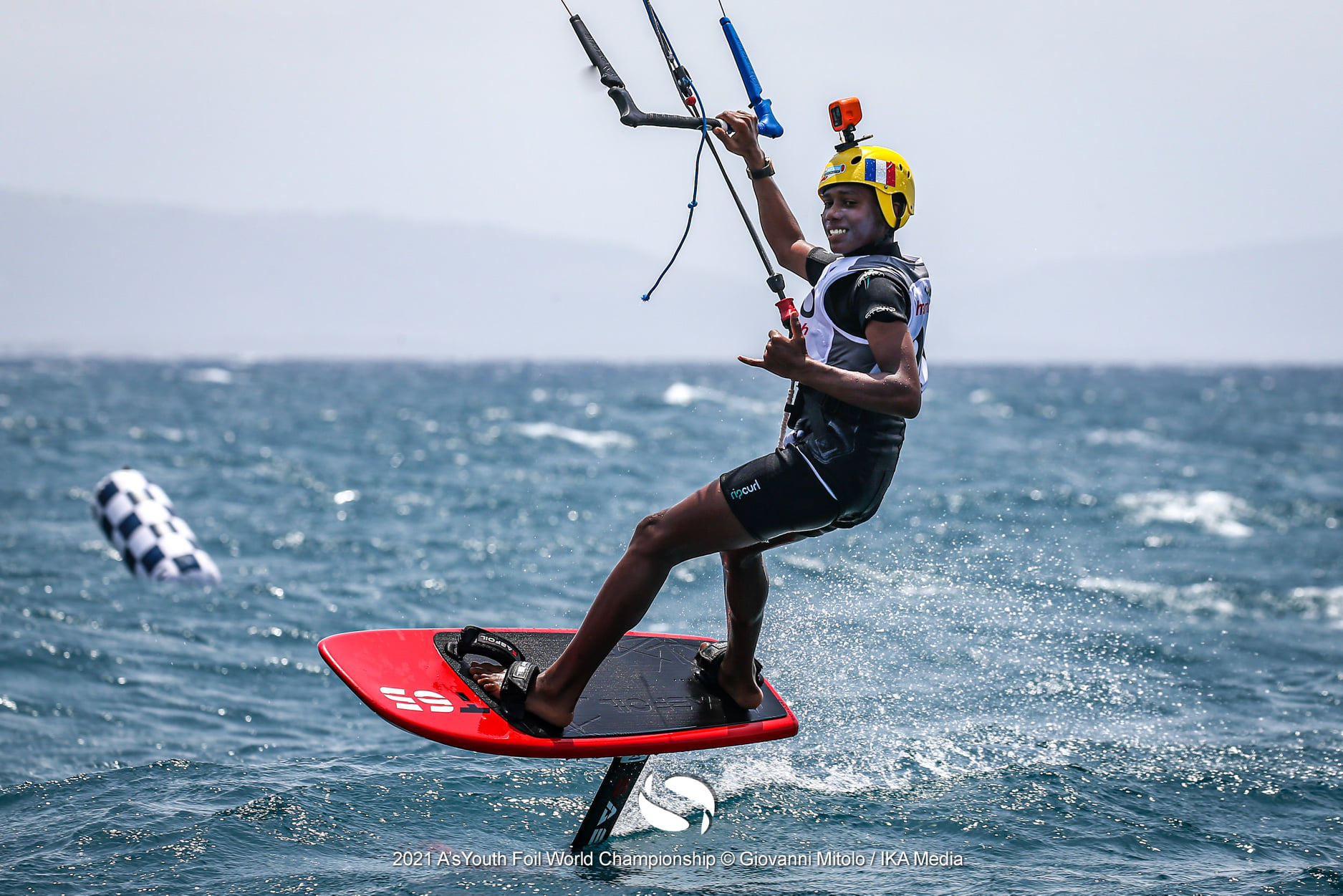 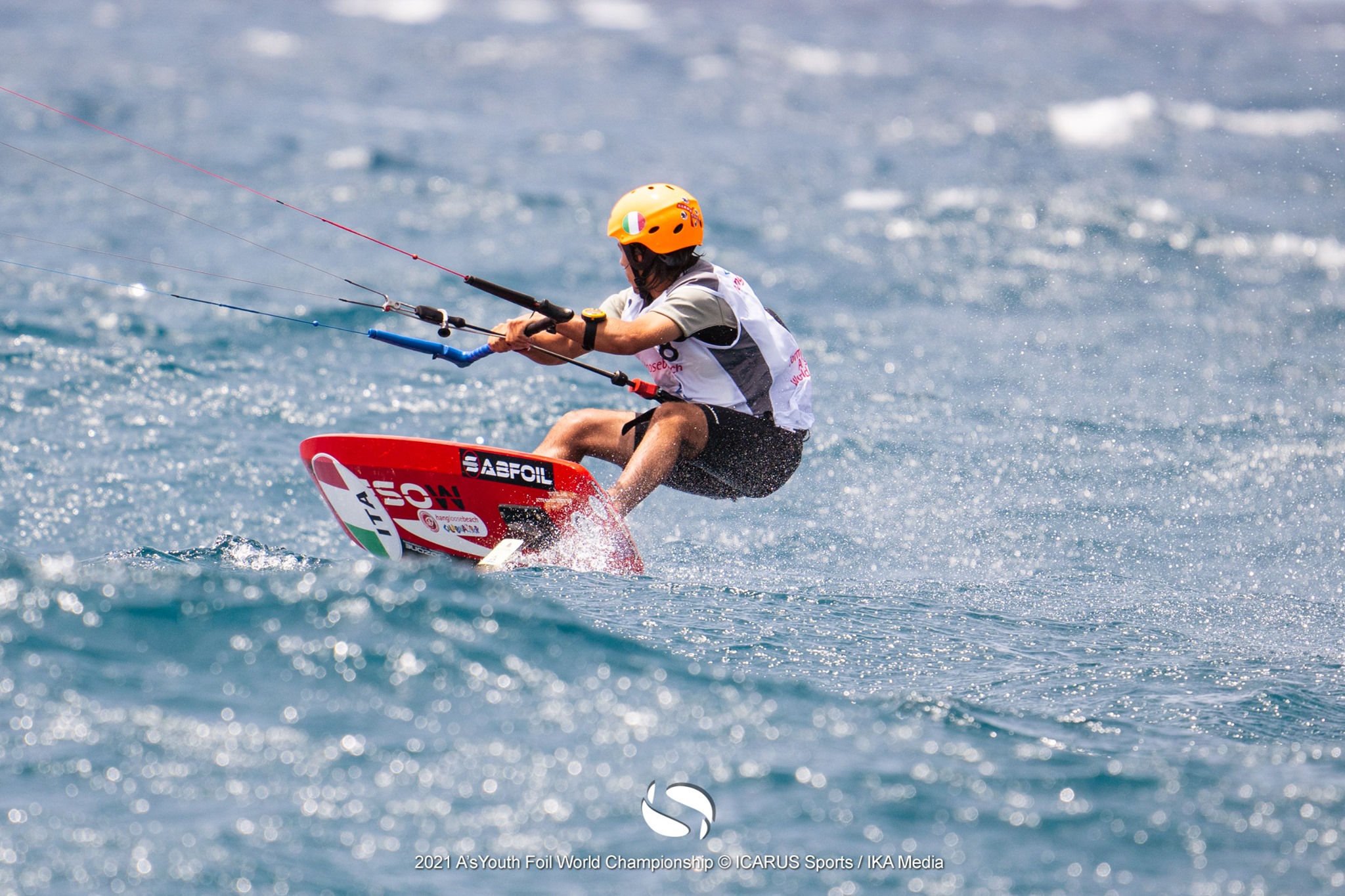 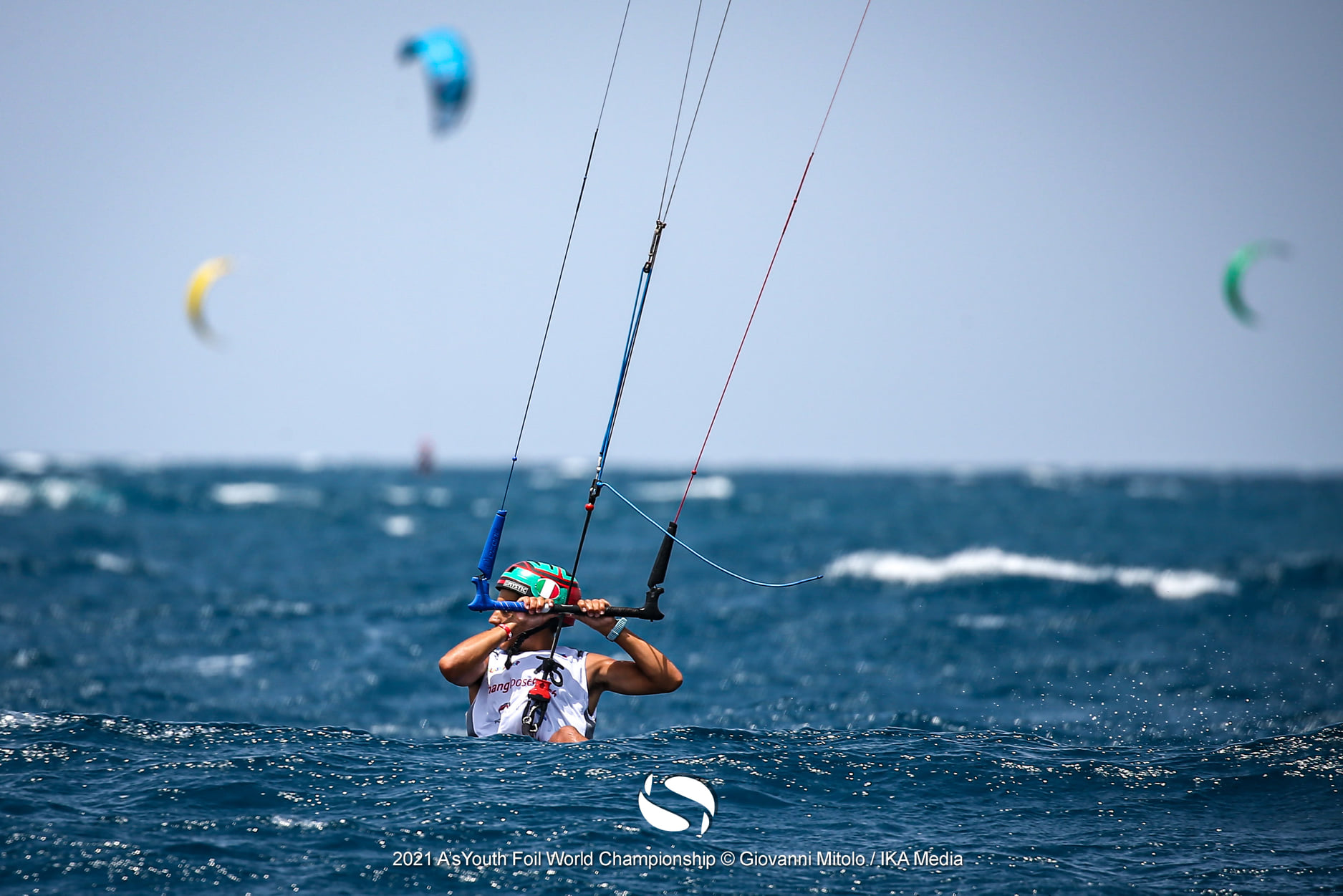 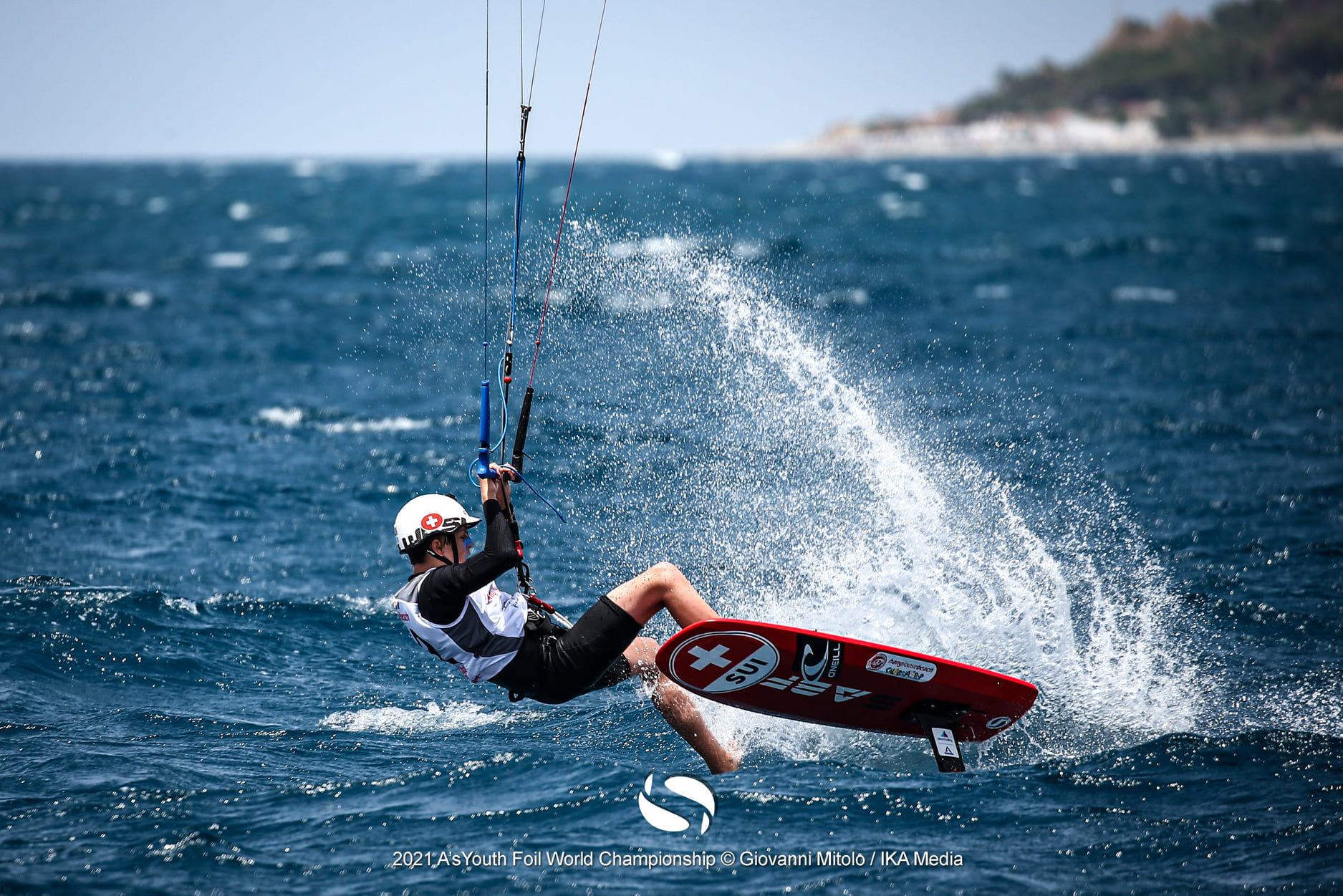 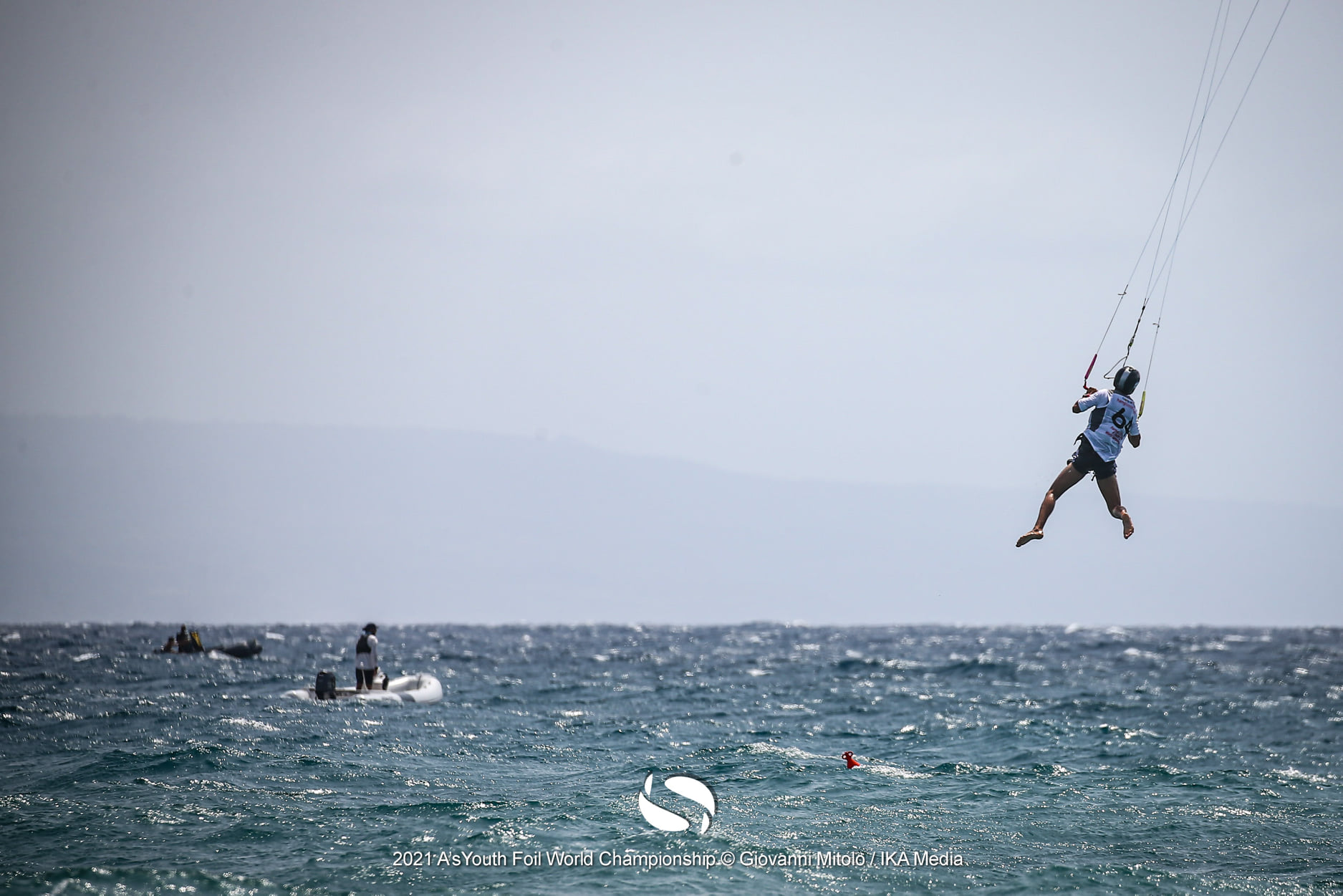 Gizzeria Lido, Italy: Day one of the Formula Kite U19 and A’s Youth Foil Individual World Championship was nothing but easy, as the 65 young kiters had to face strong winds over 25 knots and choppy conditions off Hang Loose Beach.

However, for many of the youth sailors it was a real baptism of fire for the five-day World Championship ending on Sunday, with competitors finding it challenging to stay on the board in the wavy sea state. For most however, it was a fun day out on the water, with much of the fleet coming ashore in between races with big smiles on their faces.

The first ones to hit the water were the Formula Kite boys followed by the girls and then the A’s Youth Foil with many Under 15 riders. 12 back to back races well managed by the Race Committee and the riders at Hang Loose Beach, which is hosting the second event in a row of the International Kiteboarding Association season, with some athletes participating in both.

Maximilian Maeder (SGP), who finished 14th overall last week at theKiteFoil World Series Act 1, ranking second Under 19. Maeder is leading the overall ranking with four bullets in today’s four races. Maeder said, “It is different because I guess I am just not surrounded by a lot of people and everyone has a bit more space on the racecourse with less riders, I can just focus on my equipment holding up. The conditions out there are really crazy, it has to be over 25 knots. I had a lot of fun because I train in very chaotic conditions. And because I have that experience this is quite fun.”

Maeder is followed by Riccardo Pianosi (ITA), who also raced here last week and won the U19 battle with Maeder, finishing 11th overall in the World Series event. Jakub Jurkowski (POL) and Jis Van Hees (NED) are tied for third.

In the female category, Julia Damasiewicz (POL) made it clear that she came here to do domainate. She is definitely the favourite, after winning four out of four races. Damasiewicz fellow country woman Magdalena Woyciechowska also had a successful day on the water, with three seconds and a fourth.

Zoe Boutang (FRA) is currently placed third overall. Boutang said, “It was pretty tough I’ve got to say, it was over 25 knots, but I’m very happy. I mostly raced with my teammate Julia (Damasiewicz) and it was it was pretty cool, she’s such a good kiter, so yeah I’m happy that I managed to do quite well.”

Tomorrow’s conditions should go back to classic Gizzeria style, with a 12-15 knot steady breeze and flat water, giving everyone on the race course a chance to prove their worth. Up to six races are scheduled for each day until Sunday July 18th, when the Medal Series and the Final Race will crown the young foiling World Champions.