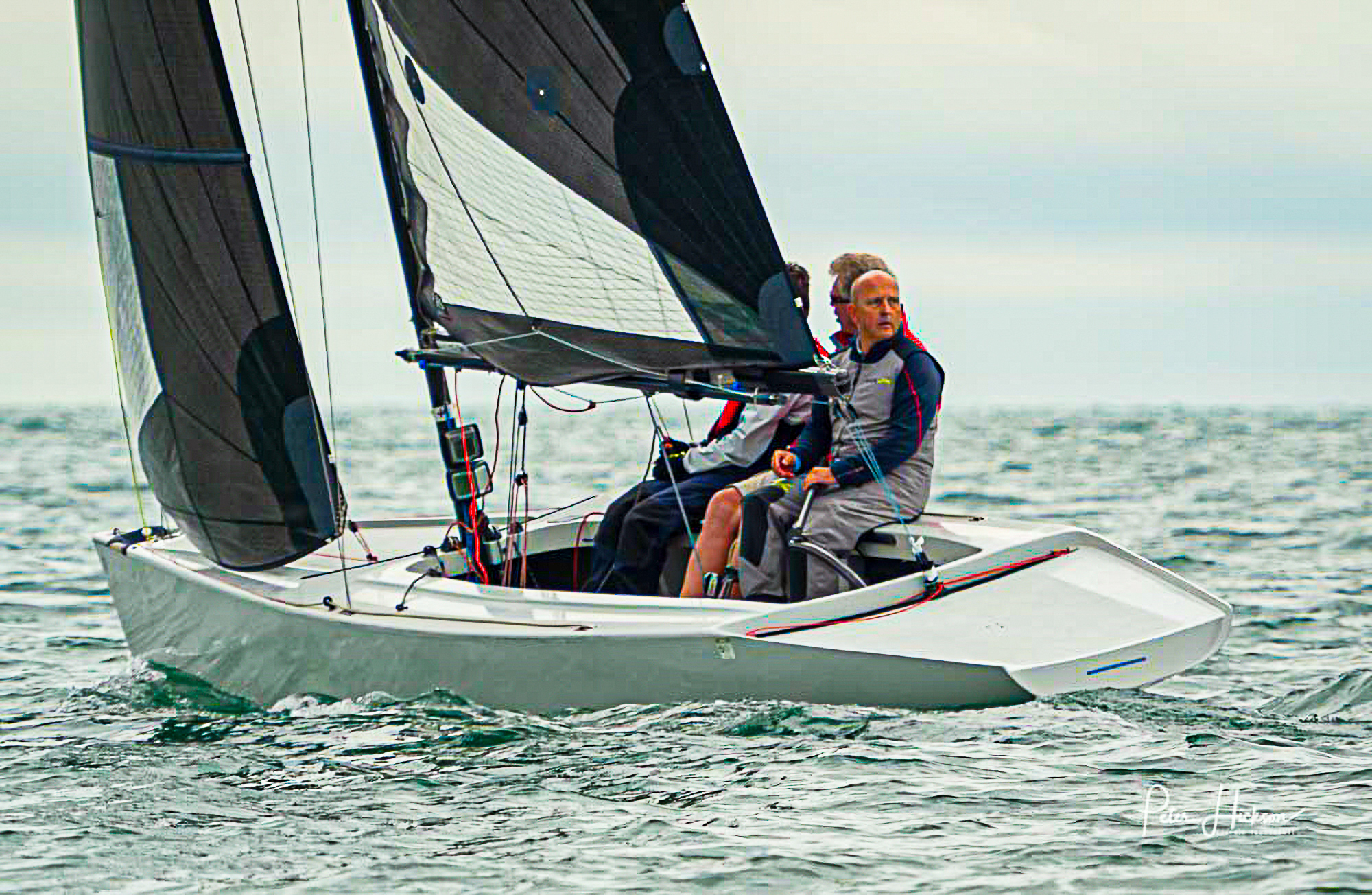 The event, which is being hosted by the Royal Yacht Squadron in Cowes, Isle of Wight, runs from June 9-12.

The fleet of 42 entries from as far afield as Antigua, the United States, and Norway, plus a strong contingent from Ireland, will sail a 10 race Grand Prix series, which incorporates both the UK National Championships and an International Invitational regatta, the first worldwide gathering in the history of the class.  The brainchild of enthusiast Charlie Egerton-Warburton, the regatta was originally scheduled for 2020, but was postponed due to the pandemic.

Commenting on the line-up, Ossie Stewart, who has enlisted multi-class national champion Geoff Carveth into his crew, along with his son Tom Stewart, commented, “That’s a hot fleet; I’m looking forward to it.”

New to the class is former International Fourteen sailor Martin Jones, who has acquired the very well-prepared boat Candida from Peter Andreae. Martin also has a string of successes in various classes to his name and will certainly be trying to make his presence felt in his new class.

A long-time Island resident and unashamed ‘Wightophile’, Charlie Egerton-Warburton has enlisted the backing of a wide variety of Isle of Wight businesses to support this regatta and show off their products and services to the competitors and interested parties. There is also a strenuous social itinerary based at the Royal Yacht Squadron.

The class will be raising money over the four days to support local Cowes-based charity, ACF.  Founded by former Paralympic gold medallist Andy Cassell, the charity enables people with all types of disability to develop their sailing journey.