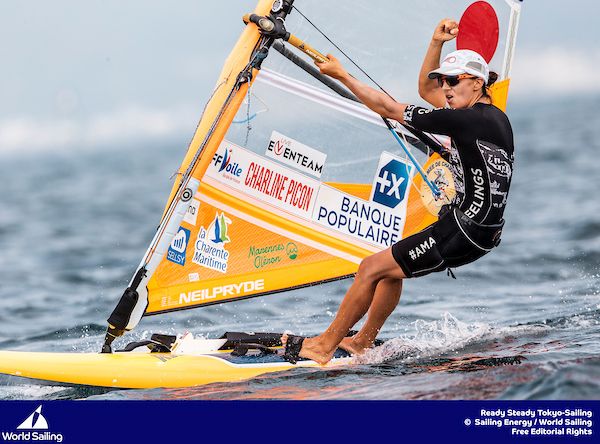 Sailing authorities have loosened the rules on lifejackets at their Tokyo 2020 Olympic test event to help athletes cool down, the latest sport to take measures to beat sweltering heat in the Japanese capital.

Fears over intense heat and humidity in the Tokyo summer have crystallised at several test events in recent weeks, with some competitors and spectators taken ill and other events curtailed.

Competitors in the windsurfing final on Wednesday were permitted to remove their lifejackets, revealed Rio Olympics gold medallist Charline Picon.

“The doctors realised that (the heat) was too fierce, that (the jackets) were increasing our heat levels and that it could be dangerous. We took them off. Everyone is feeling their way,” said Picon.

“This year, we are able to wear cooling jackets (with ice packs), and the international federation is changing the lycra we wear, which is too tight and not ventilated and which can provoke heatstroke,” said Mevellec.

Despite these changes, not everything is “in perfect working order”, said the medical expert, who added however that the heat and humidity had not come as a surprise. “We knew exactly where we were going.”

The World Sailing federation said it was closely monitoring the situation and could further tweak the rules depending on conditions.

“We have to be very careful with the heat, clearly. It's much hotter than the last two Olympics venues and many of the venues that we are used to,” acknowledged Alastair Fox, director of events at World Sailing.

“We're looking at potential rules to put in place next year to keep the athletes safe and not get too hot and unable to compete,” added Fox.

Some of the regulations under consideration are a compulsory break for athletes to cool down or an upper limit for water temperature.