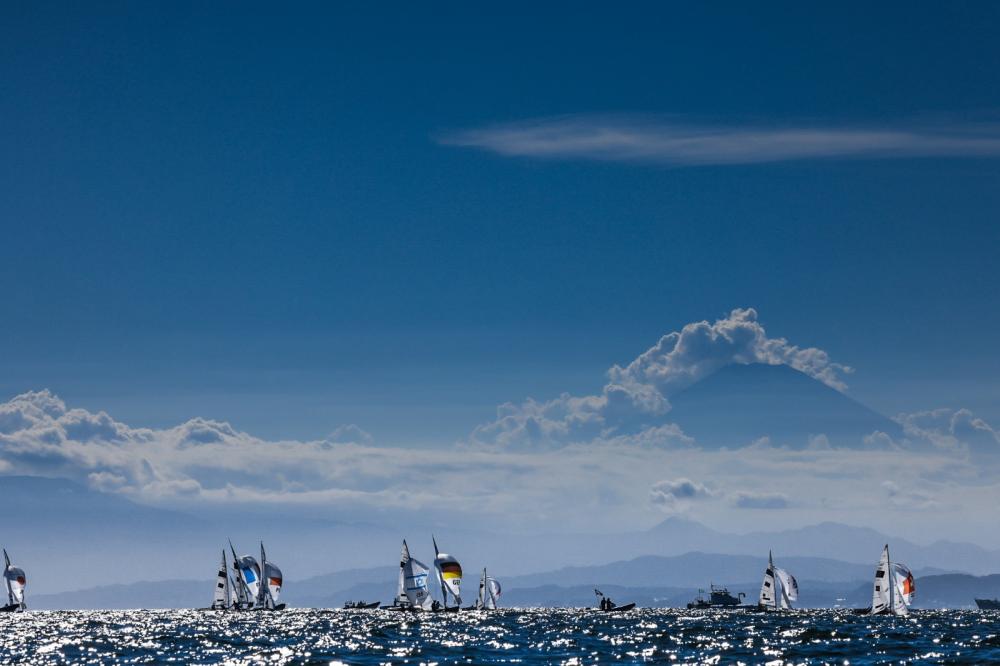 What was meant to be a straightforward gold medal celebration for Hannah Mills and Eilidh McIntyre (GBR) has had to be delayed until a protest has been heard and resolved onshore. France’s Camille Lecointre and Aloise Retornaz are protesting Great Britain for alleged team racing after a close tussle between the leading three contenders for the medals: Great Britain, France and Poland.

Linda Fahrni and Maja Siegenthaler (SUI) won the Medal Race, taking fourth overall. Meanwhile Great Britain who had been second behind the Swiss, were overtaken on the final run by Germany, Israel and Poland. This put Poland back on equal points with France, giving silver and bronze to France.

However, immediately after the race the jury was informed that France was protesting Great Britain. The protest is to be heard ashore.