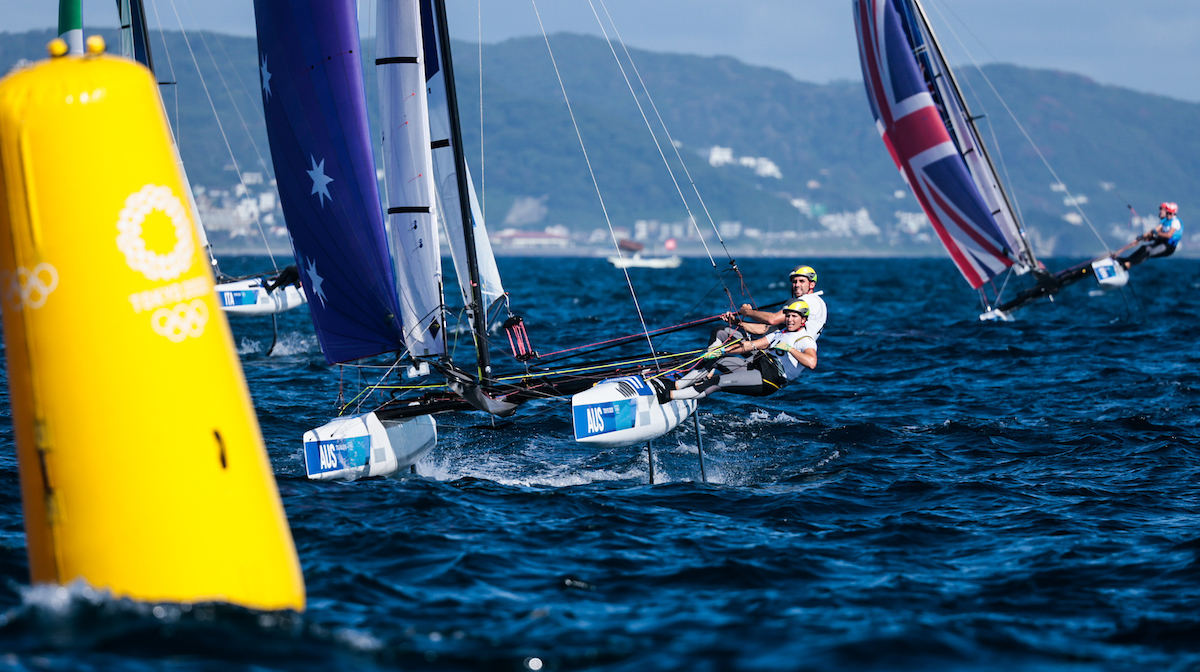 Jason Waterhouse and Lisa Darmanin have revealed a plastic bag hooked on their rudder has foiled their bid for a medal in Japan.

The devastated cousins were in a bronze medal winning position when disaster struck in the medal race of the Nacra 17 on Tuesday.

The pair had forced their German rivals to do a penalty turn, allowing them to escape and move into a strong position for third overall.

But Waterhouse said the boat suddenly lost speed and only later did he realise plastic had hooked on.

“I don’t know if I could have discovered it earlier,’’ he said.

“But it slowed us right down.’’