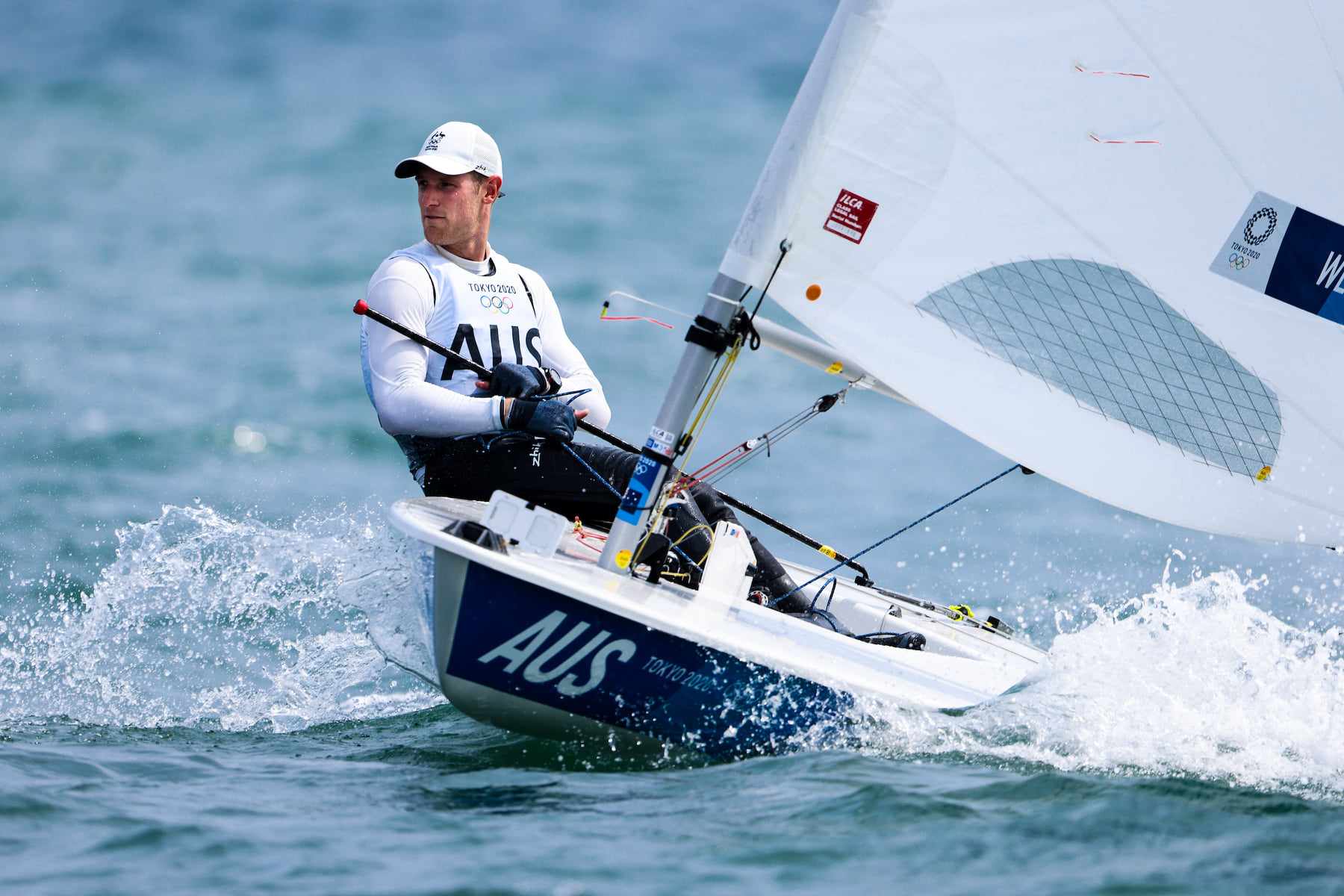 July 26: The Laser and Laser Radial classes were back in action on Day Two of the Tokyo 2020 Olympics.

Hear from our sailors below, and remember that you can a full list of results here.

Perth sailor Matt Wearn posted a mixed bag of results on day two, as he was out to make up for a 17th place finish in his one race yesterday.

“I went out today to try and get some points back after a rough first race of the regatta,” said Wearn. “In the first race I got a penalty before the start so I had to exonerate that. I was on the back foot but was working my back when I had a gear failure so went backwards again.”

Wearn put himself right back in contention after posting a second in the day’s second race, a score he will no doubt keep on his Olympic race card.

“I started to handle the conditions a little bit better and found my way up to the front of the fleet to finish second,” continued Wearn. “Hopefully that’s the way things go for the rest of the regatta.”

Mara moving on Up

Young Queenslander Mara Stransky got the full Olympic experience in her two races today. A missed start in her first race was followed by a blistering second race which she led in stages before finishing 10th.

“In the first race I was just a little bit out of touch with how early a big fleet racks up and I had an absolute shocker of a start,” said Stransky after racing. “But I managed come back fairly well up the first beat and got a little bit lost for a while after that but all in all I think it was a pretty good comeback.”

She did not let that phase her though. “I was pretty frustrated after the first one and Tristan (coach Tristan Brown) really helped set me straight before the second race,” she continued. “I set myself up quite well in the beginning and put myself in a position to be leading after two laps, but it was a tricky day to protect a lead and I didn’t manage to do it or figure out what was going on.

“I’d love to say that I loved every minute and that it was super fun, but I probably loved about two minutes of it and it was seriously hard and super frustrating,” she concluded. “But it’s the Games and I think you just have to expect the unexpected and we’ve certainly had that.”