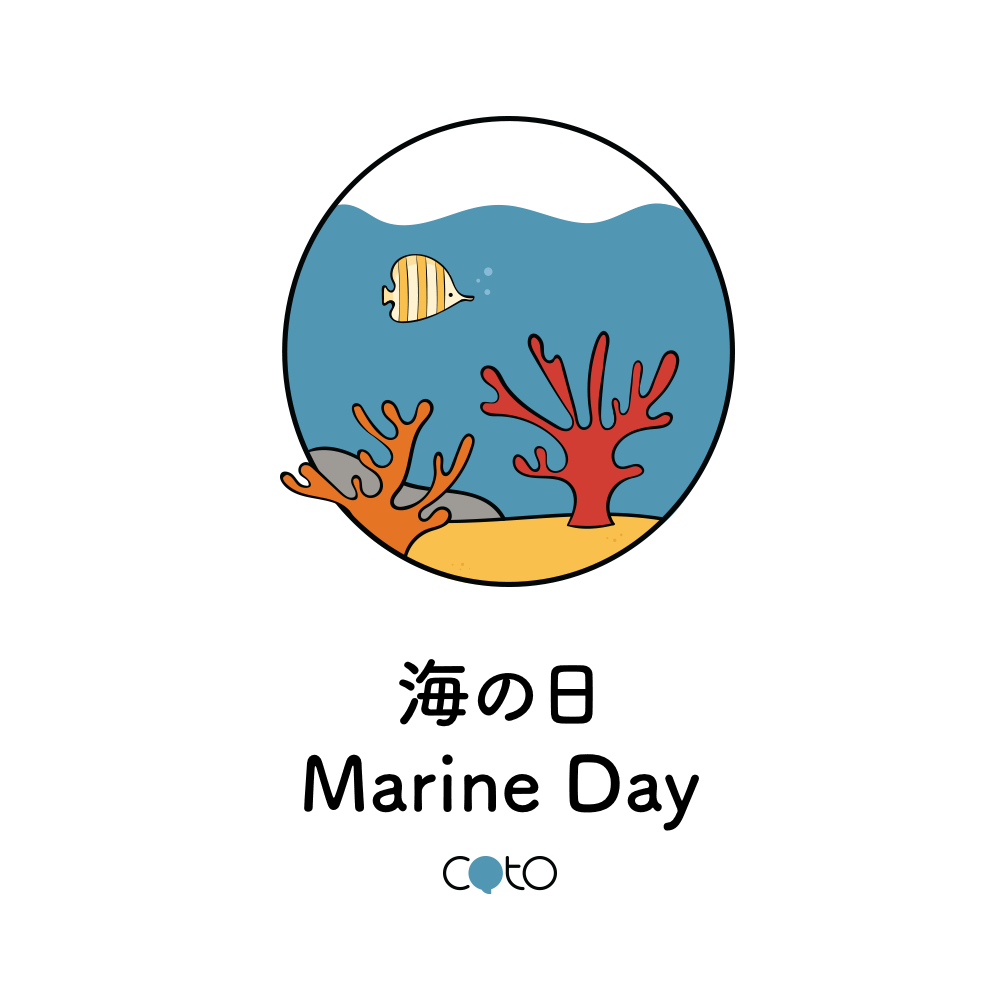 Japan's Ocean Day (or Marine Day) is an annual celebration that started in 1876. Pic - Coto Academy.

Thursday 22 July: Ahead of the Tokyo 2020 Olympic Games Opening Ceremony, Japan’s Ocean Day (also known as Marine Day) is being celebrated across the nation; a cause that hits close to home for the ambassadors of the world’s waterways – our Olympic sailors.

The day marks the return of Emperor Meiji from a steamship trip to the Tohoku Region of Japan (located in the northeast of the country) in 1876. It has been declared a national bank holiday to “express gratitude for the blessings of the sea and wish prosperity for the oceanic country of Japan.”

At the Olympic Sailing Competition, the sailors know the importance of ensuring a sustainable future for the sport.

Great Britain’s Hannah Mills boasts London 2012 silver and Rio 2016 gold Olympic medals. She is one of the most successful sailors at Tokyo 2020 and has made it her mission to promote and deliver sustainability initiatives for the benefit of sport and future generations of sports men and women.

“Protecting and preserving the world’s waterways, the oceans, rivers, lakes, dams, everything is incredibly important,” commented Mills. “The ocean in particular sustains all of us. It sustains all life on Earth and produces 50% of the oxygen we breathe and it’s a massive carbon sink. So, all that CO2 we’re producing, it absorbs a lot of it, but it’s struggling, and our actions are essentially killing it. And without the ocean, we won’t be here. So what more is there to say? It is imperative to human life.”

Mills has used her voice and profile to raise awareness and in 2019 she launched the Big Plastic Pledge which is targeted at individuals within the sporting world and asking them to take action and unite to tackle single use plastic in sport.

That message is as strong as ever, and Ocean Day in Japan is just one of many opportunities to raise awareness on this important subject.

Mills continued, “I think sport has a huge role to play in terms of accelerating the change we need to combat climate change. And I think sailing is really well positioned to do that through ocean racing and through inshore racing events at the Olympics.”

“I think the one major thing at this Olympic Games for me is about athletes using their voice to highlight these global challenges we’re facing. The Olympics is an incredible platform. We’re going to be speaking to media every single day so just getting that message out there a bit more and encouraging more people to start their journey in terms of understanding the sustainability challenges would be an amazing thing.”

Supported by the International Olympic Committee and World Sailing’s partners, delivery of the Sustainability Agenda 2030 will be ongoing with various timeframes for achievement of the targets.