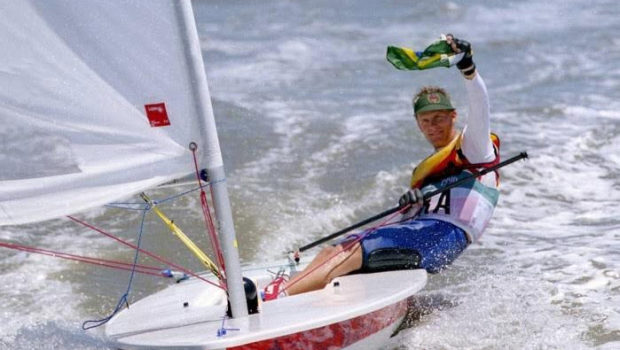 Scheidt won his first gold medal in the Laser Class at the Atlanta Olympic Games in 1996.

Winner of five Olympic medals, Brazil’s Robert Scheidt is defying his age and setting out to prove that a 48-year-old can conquer athletes half his age by competing in the Men’s Laser Class at the upcoming Olympic Games in Tokyo.

“The competition is very tough and the boat is very demanding from a physical point of view,” says Scheidt.

“But I’m motivated to improve my competitiveness. I’m going to fight as hard as I can in Tokyo for another podium finish. Clearly it’s not so easy anymore as the years go by, but I think I can get to Tokyo in good shape. It was a difficult decision, because I stopped for two years after Rio, doing other things in the world of sailing, but now I’m going there with great commitment. I don’t like to go just to attend the event, I want to be ready and play for a medal once more.”