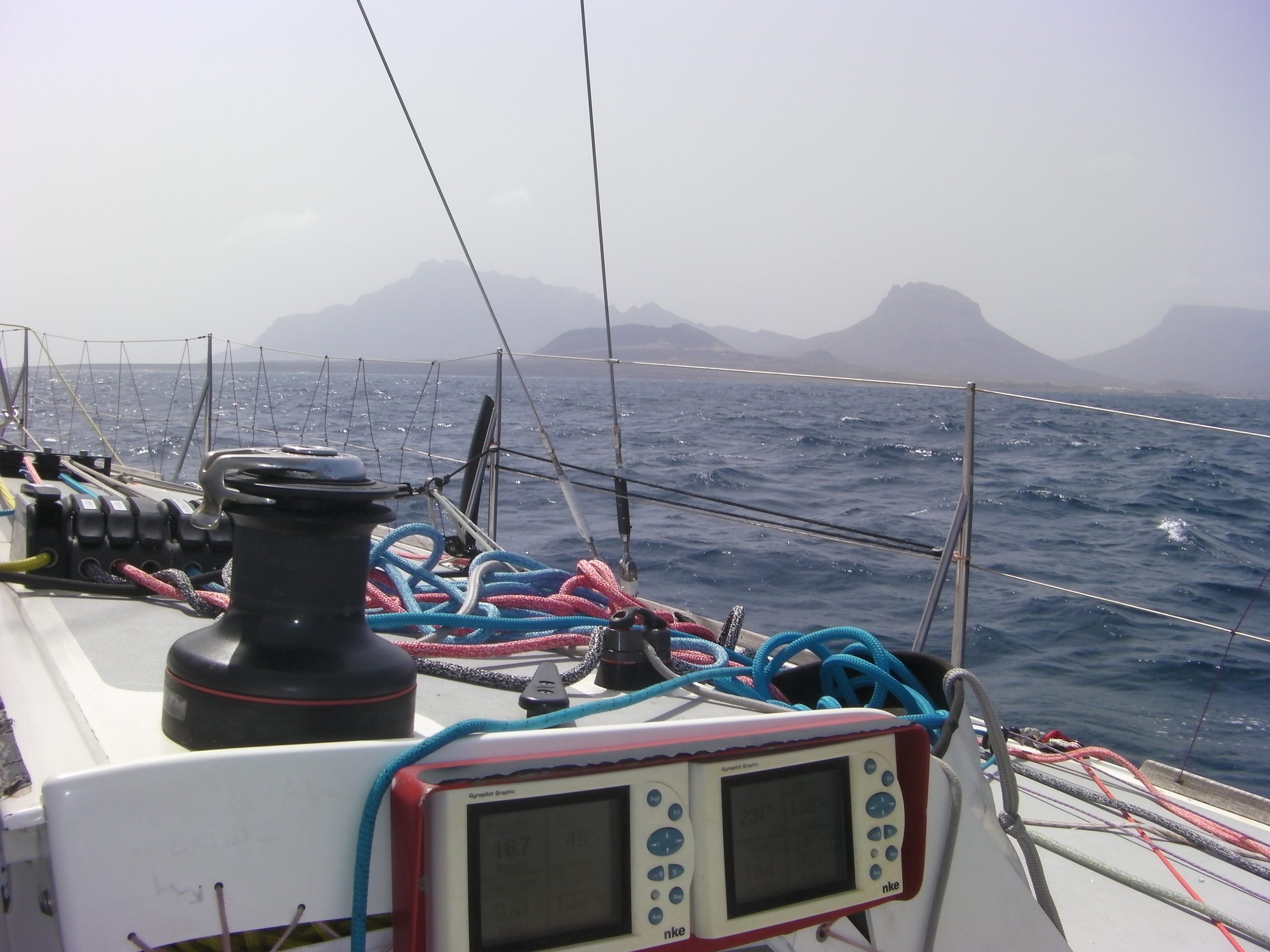 Even when a sailor’s eye gets used to the vast horizon, the colours and tones of the sea and sky change every day.

The open seas are never the same from one day to the next. Suddenly, after days and days, a new outline will emerge on the horizon, blurred at first, then clearer little by little… you see land!

For a sailor’s morale this is always great, even if, in the case of Global Solo Challenge (GSC) participants, they will sail past without stopping: spirits will be boosted in the knowledge they are indeed on the right course.

This is what skippers will feel when approaching the Canary Islands after their navigation from A Coruña. The simple vision of these islands in the middle of the Ocean will comfort them and reaffirm their decision to move forward, after days reflecting and absorbing the immensity of the adventure they are about to undertake, with the world ahead of them.

Leaving aside the poetic and romantic side of things, skippers will have to be alert near land and keep thinking about the practicalities, different options are open to them when crossing the archipelago with the meteorological peculiarities and winds influenced by the islands.

The Canary Islands consist of seven major islands, three in the eastern region, Lanzarote, Fuerteventura and Gran Canaria, and four in the western region, Tenerife, La Gomera, La Palma and Hierro, and some smaller islands and islets.

The predominant winds are the trade winds from the NE associated with the anticyclone of the Azores. The height and the orography of the islands causes the airflow to channel between them and form acceleration cones where the wind can pass from force 2/3 Beaufort to 6/7 over the space of half a mile. However, ripples over the surface of the see make it easy to spot the change in conditions.

What the sailors of the GSC should take into account is that occasionally, and especially in the winter months, a low Atlantic pressure can displace the anticyclone of the Azores influence the winds over the archipelago, generating strong or very strong storms from the S to SW and NW.

When this type of storms the drop in pressure readings on the barometer is very pronounced, going from the normal 1025mb typical over this area to the value of the storm that is coming, this can be of great help in predicting this type of meteorological phenomena.

Tactically, the controlled navigation zones should not be of concern for the skippers since the route from La Coruña to the Cape Verde Islands passes closer to the island of La Palma. However, a decision must be made. Either leave the island to port, and pass the archipelago ‘on the outside’, or leave it starboard, passing through the channel between La Gomera, La Palma and Hierro.

This last option would give the skippers the possibility of seek shelter in the lee of the island of Hierro or Gomera in case they had any technical issues and need calm conditions to address them.

We obviously hope no one will need to stop and that everyone will keep sailing without incidents and be able to continue their journey towards the Cape Verde Islands.