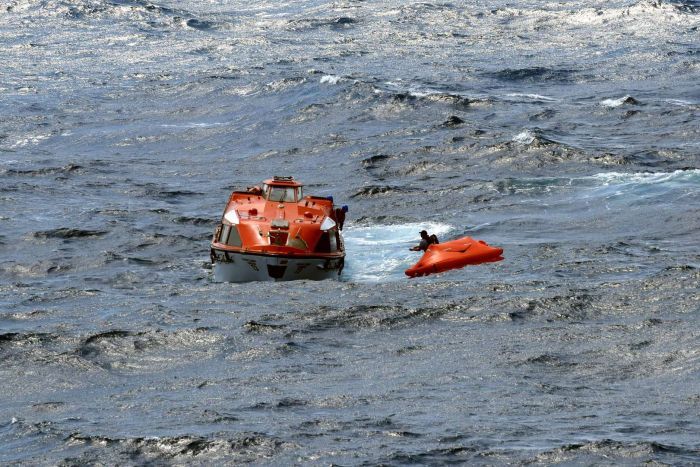 Three men were rescued by the P&O cruise ship, Pacific Dawn, near New Caledonia as their motor cruiser began sinking in the Pacific Ocean on Thursday morning.

The P&O vessel led the rescue operation on receiving a distress call from marine rescue authorities in Noumea which requested the ship divert course to help the three Australian men, Chris Doran, his cousin Kevin Doran and Ben Johnson. They have not been put off spending time on the water by their ordeal.

When located, the three, who were returning home from New Caledonia, were adrift in a life raft close to their abandoned boat. It is believed the boat sank after hitting large rope left adrift in the sea around 5.30am.

“We thought we might have hit a reef, but that wasn’t the case,” Chris Doran said after Pacific Dawn arrived in port on Saturday morning.

“We found quite a large ship’s rope; about 50 metres of it wrapped around both propellers. It caused a breach in the hull and the boat started filling with water.”

On realising their boat was going down, the quick-thinking men grabbed their passports, water and food before abandoning their boat and taking to their life raft in rough seas before making a May Day call via a satellite phone.

Kevin Doran admitted seeing the Pacific Dawn coming towards them was “a great sight.”

The three were treated royally once aboard the ship and treated like celebrities by passengers who watched them being rescued. All have said they will go to sea again, saying the incident was “a bit of bad luck.”