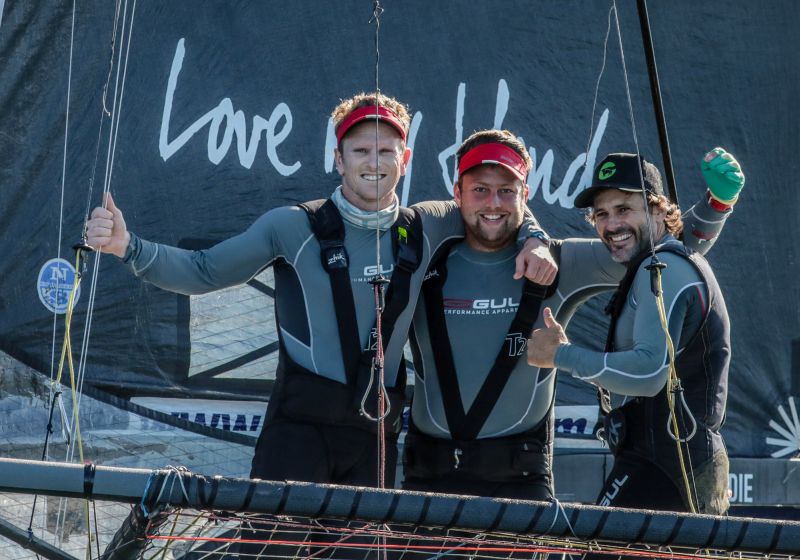 Going into today's final two races, Honda Marine held a four point lead over Winning Group and the scene was set for a spectacular finish between the two champion teams.

Honda Marine, as she had done so often during the series, came from behind with brilliant boat speed to take out the first race (Race8) by 33s, which was enough to take the title before going into the final race (Race 9).

In Race 9, Winning Group led all the way to defeat Honda Marine by 22s, with Tech2 finally producing somewhere near her best form to finish in third place, a further 19s behind Honda Marine.

In the day's first race, Winning Group, with a 4-times JJ winning crew of Seve Jarvin, Sam Newton and Scott Babbage, sailed a great race but couldn't hold out against the speed of Honda Marine over the final lap of the two-lap course.

Determined to reverse the result of the earlier race, the Winning Group team were quick to get into a strong position ahead of Honda Group and, after trailing the early leader Shaw & Partners Financial Services, were 12s ahead of Finport Finance at the top mark, ahead of a tightly bunched group of Smeg, Shaw & Partners and Honda Marine.

Winning Group increased the margin to 30s at the bottom mark and this time were able to retain the lead over the final lap of the course to defeat Honda Marine by 22s, with Tech2 coming home ion third place, a further 19s behind Honda Marine.