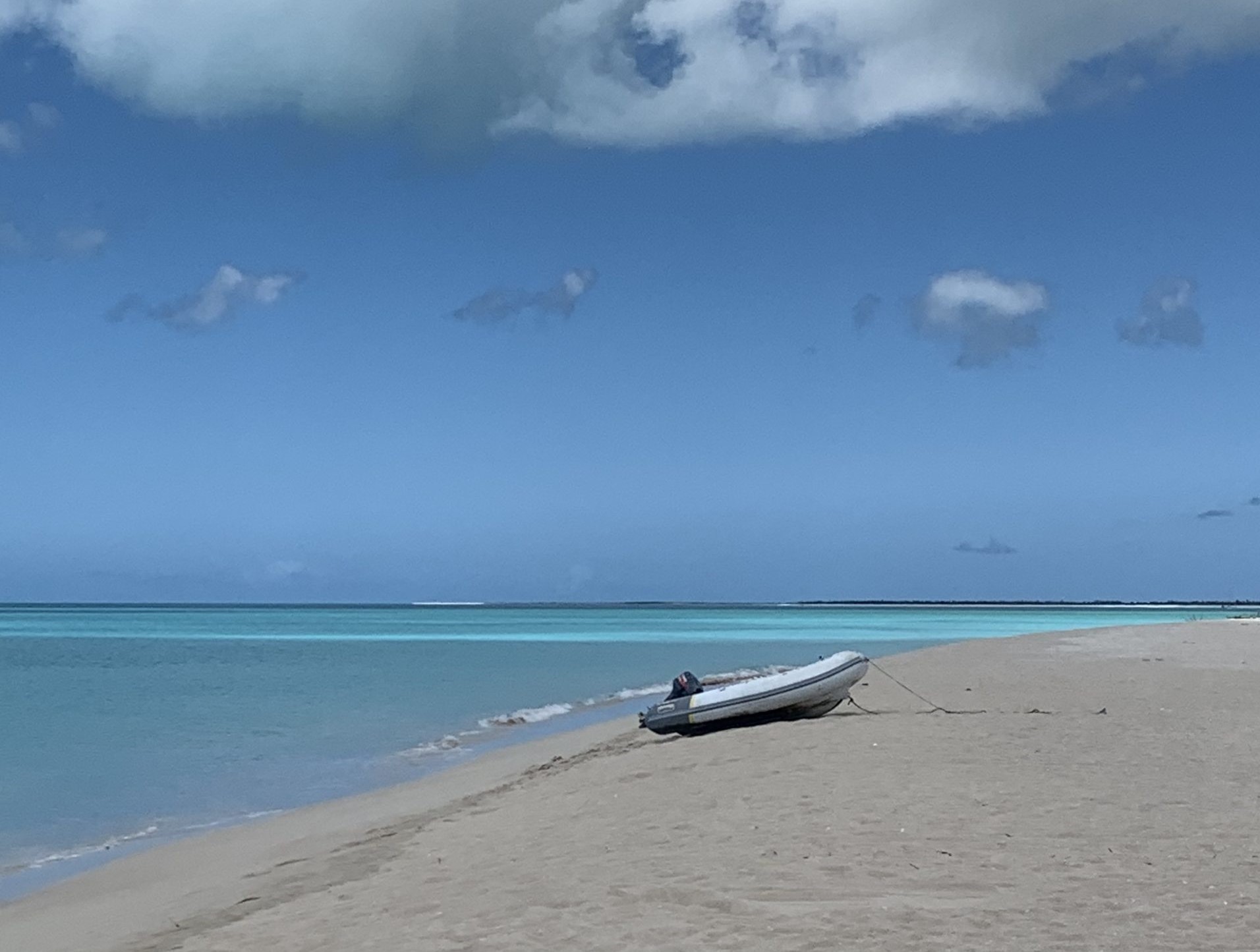 The beauty of sailing the Caribbean as an Australian is that I would have otherwise not visited this part of the globe. Flights to the Caribbean are arduously long and prices are eye-wateringly expensive. However, Grenada is where I found my Moody 47, so that is where I commenced my journey.

Before I set off from Adelaide and flew to the other side of the world, I had never even heard of most of the countries I have now visited. It was not until I arrived in Grenada and started speaking to cruisers and hearing of their plans, that I became familiar with islands such as Bequia, Guadeloupe and Saba.

Slowly, as I inched my way north, the once unusual names became commonplace and each new island became home for the days, weeks or months that I graced the shores. Now, having lived on my yacht for over 15 months, the Caribbean lifestyle is no longer foreign and the sandy beaches now feel like home.

Of all the destinations I have visited, the island of Barbuda is by far the most far-flung, the most remote and the most unspoiled. Located 30 nautical miles north of Antigua, Barbuda forms part of the nation of Antigua and Barbuda and the 15 mile long island is unlike any other I had visited.

Famous for its pink beaches and shallow turquoise waters abundant with life, Barbuda is an untouched paradise like no other. When approaching the island from the sea, the land is so flat, all you can see is a mirage-like reflection in the clouds.

Surrounded by reefs, my approach was nerve-wracking, yet a close look at the charts, in conjunction with Chris Doyle’s guide to the Leeward Islands, saw my entry take place through a passage between a shallow nine foot bank and the stunning 11 mile beach, not 100 yards from my boat. With the sun high in the sky, my deep keel drawing over seven feet skimmed over the sandy bottom as I inched towards the anchorage.

Barbuda was all but decimated by Hurricane Irma in 2017, leaving 1800 people to rebuild their homes and their livelihoods. Yet the Barbudan people are anything if not resilient and today, 18 months on, the island has rebuilt well enough.

The hurricane is now a bad memory many locals have tried to suppress. George Jeffery, the owner of Garden of Eden Tours, spoke of the horror that was Hurricane Irma, “I was in my home during the hurricane, I had nowhere else to go. The sound outside was like nothing I’d ever heard before, it sounded like a thousand wild animals clawing at my door. My roof was torn from above my head while I sat and waited, praying I too wouldn’t be ripped from the corner in which I was crouched.” George, who had lived in Barbuda his entire life, had never known a hurricane as ferocious as Irma.

He spoke of his childhood, allowed to roam free over the untouched island. Swimming across the one-mile lagoon to explore the deserted beaches and vast mangrove forests alone. At the age of five, he was hunting for his own food and diving for sea creatures.

His love for nature started early, he remembered observing the large black birds that would soar high above him as a child, unaware that one day, those birds would become his livelihood. His love for the island was evident, I could see it in his eyes, he was a man who was so in touch with the landscape, so familiar with his islands every cove and creek and so passionate about his pristine piece of paradise, I knew I had chosen the right guide for my tour.

As I travelled with George towards the Frigate Bird sanctuary the island is famous for, he spoke about the land of which all Barbudan’s own communally. I dreamt of such a system in Australia, one where everyone was equally rich or equally poor; however, you chose to look at it.

The brackish waters of the lagoon were a stark contrast to the Caribbean Sea, divided by no more than 100 metres of pristine white sand, sprinkled with millions of pieces of tiny rose-coloured shells. George’s boat, equipped with a 60 horsepower Yamaha, skimmed effortlessly over the water and I enjoyed the cool breeze on my face. With distinct shallow areas all over the lagoon, George did not require a chart or iPad to navigate the waters; he knew this place like the back of his wrinkled hand.

The ride to the breeding grounds took no more than ten minutes from the town and, along the way, George made a stop to show us a full-sized shipping container lying upended in the mangroves. It had flown three miles through the air during Irma and had landed in the mangroves. Amazingly, the colony of frigate birds had evacuated in the days prior, somehow aware of the danger that was fast approaching.

The sight of the container was staggering, the force of mother nature astounding yet, like the local population, the mangroves simply adapted and accepted their new reality, surviving as they have always done.

As we approached the birds, you could see the hooked bills, long slender wings and forked tails as they soared effortlessly overhead. Darting and diving to the water’s surface, we watched in awe as they recovered falling fish dropped by panic-stricken boobies and other seabirds.

The water was shallow and the trees in which they were nestled, low. We were able to motor within feet of the roosting birds, the beady eyes inquisitive yet unperturbed by our presence. Male and female, young and old sat quietly together, the gentle breeze rustling their feathers.

Courting males were a spectacle, with a giant red balloon inflated from the throats, the size of a human head. The noise of the birds clicking beaks could be heard all around and the smell in the air was pungent and offensive. However, the unbelievable experience was the sort one would have but once in a lifetime, my very own David Attenborough experience.

Upon returning to the one and only settlement on the island, I paid a visit to what was left of the village of Codrington. Sadly, piles of rubble lined the streets and tents were erected around different parts of the town. Despite the devastation and destruction all around, children played in the streets, their laughter echoing around the tiny village and donkeys and deer wandered freely.

A visit to Barbuda is all about nature and beauty abounds on this incredible island. However, do not expect hotels and restaurants or any sort of infrastructure, come with your boat provisioned and your tanks full and stay until you can no longer be self-sufficient.

There is talk that some ambitious investors want to bring Barbuda into the 21st Century, an idea vehemently opposed by many Barbudan’s. Yet, as with anything untouched and unspoiled in this world, it is only a matter of time before that changes. With perhaps some of the most prime real estate in the world, a visit to this small part of our planet is something you should do sooner rather than later.

As I thanked George for his time, I remarked at my appreciation for the ‘once in a lifetime’ opportunity. George was quick to reply, “ah but it is only a once in a lifetime experience if you never revisit Barbuda.”

I thought about his comments as I raised anchor and slowly drifted away. The pastel colours surrounding me were calling me to stay, the water so clear, my hull looked as though it was floating on air.

Barbuda, the only island that has left me with a sense of loss, and a longing to return before I had even sailed away. ≈