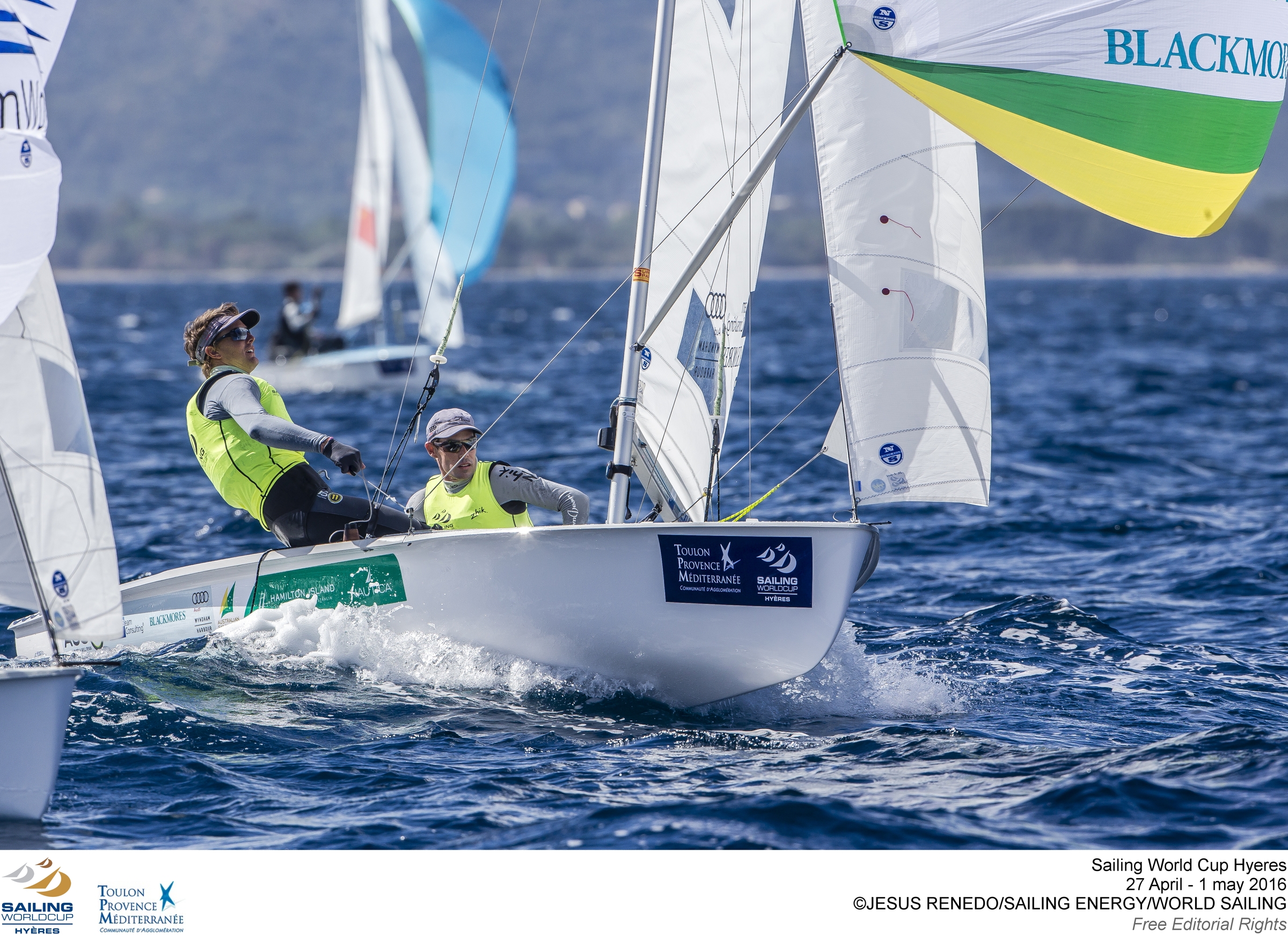 Hyères will heat up in more ways than one this week with temperatures set to soar and a red-hot competition across the single Para World Sailing and ten Olympic sailing disciplines expected.

Sailors competing at the Hyères 2018 World Cup Series event include Olympic, Paralympic, World and Continental Champions. With the Hempel Sailing World Championships just a few months away, every race counts, making it a highly competitive week of sailing for all.

There is a high turnout in Hyères, France, for round 3 of the Series with over 830 sailors representing 46 nations. Registration commenced on 22 April with racing set to conclude on 29 April, prior to the Final in Marseille, France, in June.

Sailors will be racing in beautiful sunshine with temperatures ranging from 21 – 27°C but light wind speeds are forecasted.

Racing will commence at 11:00 local time on Tuesday 24 April. In the meantime, sailors have been practicing and testing their strategies.

Of those attending will be Croatian 49er brothers, Sime and Mihovil Fantela. Sime won gold in Rio 2016 and gold in the 2016 Hyères World Cup Series in the Men’s 470. This will be his 15th regatta on these waters and between them, the pair hold a lot of experience competing in Hyères.

“Hyères is a legendary place to sail for us, we love it a lot. This will be our 15th regatta here and it’s a great place to sail so we are looking forward to it,” expressed Sime.

“We always get a strong breeze whenever we’ve competed here, but we are quite surprised to see that it’s going to be light, which will make it interesting.”

The Fantela brothers will be in a 38-boat 49er fleet and shared his favourites for the week, “The British, Dylan and Stuart, current world champions are the ones to look out for. But also, the Spanish and Argentinians are also ones to watch this week.”

Damien Seguin (FRA) will be competing in the 2.4mR Norlin OD boat over the next week. The Rio 2016 Paralympic gold medallist won gold in the 2015 and 2017 editions of the Hyères World Cup Series.

Elfutina won bronze in the Rio 2016 Olympic Games and bronze in the 2017 World Cup Series Final in Santander, Spain. The Russian proved to be a strong contender at the Round 2 regatta in Miami and expects to do much better this time around.

“The RS:X class have some new equipment which we will be using in the Hempel Sailing World Championships in Aarhus. The new equipment includes new masts and fins. This means everyone will be learning more about the kit and that gives us all an opportunity to compete at a beginners level,” stated Elfutina.

Elfutina also shared her excitement for sailing with some of the best, “It’s great to sail here but I am looking forward to sailing with Charline Picon (FRA). She’s just had a baby and after winning gold at the Olympics, this will be her first event.”

Fraschini won silver at the 2017 Youth Sailing World Championships in Sanya, China, and finished with bronze at the 2017 World Cup Series Final.

The Uruguayan sailor shared her information on her expectations for the week ahead, “This is my second time competing in Hyères and the conditions these past few days have been nice – light wind and plenty of sun. We are expecting light winds throughout the week, but I would like some heavy sea breeze at some point.

“The best sailors are here, and it will be a tough week. I will need to work very hard because I didn’t do so well in Miami, this January, so I am hoping to climb back up with this event.”

Burton will be joined in a strong Laser fleet by key rival Matt Wearn, Finn Alexander, Luke Elliott, Mitch Kennedy and Dan Self, while Paige Caldecoat is the sole Australian entry in the Laser Radial.

Joining Belcher and Ryan in the men's 470 are Chris Charlwood and Josh Dawson, while Nia Jerwood and Monique de Vries will contest the women's division.

Jake Lilley, Olliver Tweddell and Lewis Brake are the representatives in a very strong Finn fleet while the 470 contingent is David Gilmour/Joel Turner, Lachy Gilmour/Ryan Donaldson and Kurt Hansen/Harry Moreton, with Amelia Staback/Ella Clark and Tash Bryant/Annie Gilmour in the 49er/FX.

The 2.4 Norlin OD, 49er, 49erFX, Nacra 17 and RS:X fleets will conclude racing on Saturday 28 with their Medal Races with the Men's and Women's 470, Laser, Laser Radial and Finn sailors' bringing the regatta to a close on Sunday 29.

All Medal Races will be available to watch across the World Sailing Network from 12:00 local time – www.youtube.com/worldsailingtv.