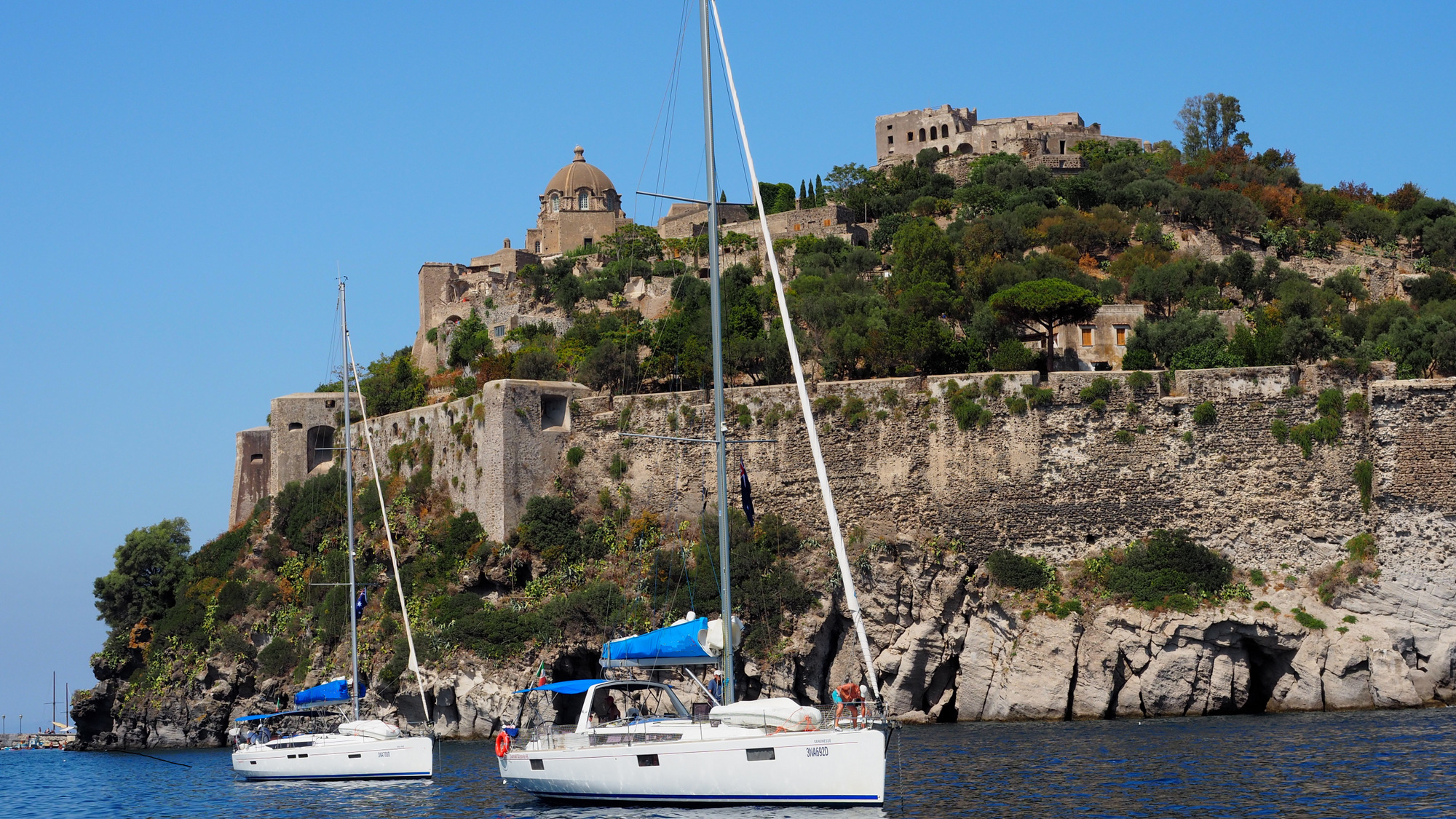 The Amalfi coast of Italy between Naples and Salerno hosts Australian visitors by the hundreds of thousands and for good reason; the people, the food, the wine, the history, the scenery and Mt. Vesuvius volcano to name a few.

But landlubbers don’t see the Amalfi from the sea and they don’t see some of the places included in the itinerary of the Amalfi Coast Yacht Rally. Take Ventotene for example; out in the middle of the Gulf of Naples, unknown in all probability to the majority of Romans, but famous since Roman times.

The tiny port of Ventotene was excavated from volcanic pumice by Roman slaves. Unfortunately keel boats hadn’t been invented then so anyone with a keel needs to watch the appendages when berthing in the ancient harbour. There is however, a new serviced mooring area with space and also a harbour wall.

Ventotene has 700 permanent inhabitants, some of whom may even trace their origins to the ancient Roman, Julia the elder, daughter of Caesar Augusta. Julia was banished to Ventotene for committing excessive adultery, where she evidently died of starvation! With the wonderful restaurants, bakery, delicatessens of today this is not likely to be a problem on the rally.

More recently Benito Mussolini built a prison on the nearby island of Santo Stefano, which was mostly used to house political prisoners. It was here that Altiero Spinelli famously wrote the manifesto calling for a modern European Union, one of the first of the forward thinkers advocating a united Europe.

During our two night stop in Ventoteni our trusty leader Trevor managed an audience with the Mayor to offer a gift of an Australian flag to go with the flags of Europe in front of the town hall in the square. Suggesting that the demise at the time of Greece might clear a space for the Australian flag but Greece was in to stay. Our flag took pride of place on the wall above the mayor’s revolving chair! The mayor gifted us a copy of the famous manifesto.

Another stop-over you would almost certainly miss during a land tour of the Amalfi is Porto di Sant’Angelo on the southern tip of the island of Ischia, another volcanic outcrop in the Gulf of Naples. Just past the Aragonese Castle on the eastern end of the island the picturesque port gives access to a charming village. The waterside restaurants and sophisticated boutiques are a precursor to an energetic hill climb to a village at the top of the ridge – a test the best – but worth it for the magnificent view down over the little harbour.

Another coastal town we love for the numbers of local Italians who holiday there, is Agropoli. Overlooked by a castle (seems there is one for every town on the Amalfi coast), Agropoli is the gateway to one of our favourite excursions – the ancient site of Paestum, with three almost intact Doric temples and one of the smallest and best museums we visit. Add to that a lunch stop at a famous Buffalo mozzarella farm where everything produced is sold on site. Be prepared for the best ice-cream and yogurt ever!!!

The rally of course visits Sorrento, Positano, Amalfi and Capri but even these indispensable icons of the Amalfi are different when approached from the sea. The waterfront facilitates provide easier movement on foot than do the streets and alleyways up the hill.

And the big plus, you don’t have to pack and unpack bags, park the car, check in, check out, find your way, curse all the traffic… it’s all on the yacht, your floating home-away-from-home with access to the biggest unchlorinated swimming pool in Italy. Fabulous!

We love our special welcome into the tiny marina in Amalfi from our friend Julio! You will never see anyone berth a yacht like Julio in the marina in Amalfi – so be sure to have your phone ready to film it when you arrive!

There are only six places left on this rally – phone 99661244, or email info@marinerboating.com.au.