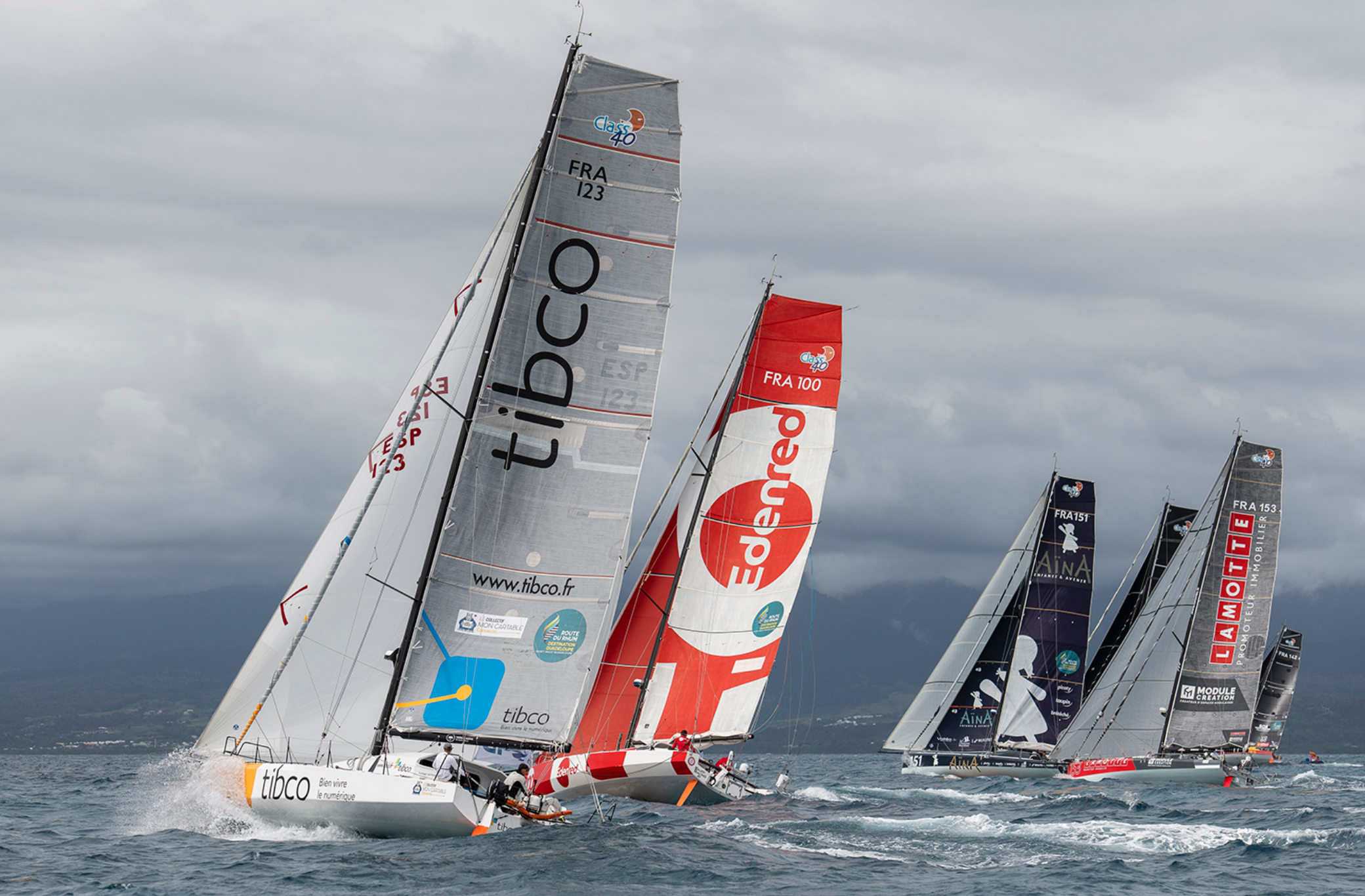 Make a note in your agendas that a new edition of the Défi Atlantique, reserved for Class40 crews, will be proposed by Grand Pavois Organisation with the support of the Class40 association and will depart from Guadeloupe at the start of April 2023 on its way to La Rochelle (France), with a stopover in Horta (Azores – Portugal).

This return Atlantic race listed officially on the Class40 program will allow the competitors of the Route du Rhum – Destination Guadeloupe 2022 to race the return journey with a minimum of two crew members on-board.

Class40 vessels registered for the Défi Atlantique will depart on Saturday 1 April. A stopover is scheduled in Horta, in the Azores, in order to make the most of conditions for arriving on the Atlantic facade and allow skippers to change crew members if they wish.

Note: Participants will be allowed to choose a journalist as a crew member for the second stage, and that person will report live on the last part of the race.

The scheduled arrival date in La Rochelle will be between Friday 21 and Sunday 23 April. A specific welcome will be laid on at the Bassin des Chalutiers, the same as for the last edition in 2019 organised by Grand Pavois Organisation.

Returns by sea are becoming increasingly common. On the one hand, Class40 are ocean-going vessels designed for navigation, also, returns by cargo are becoming costly and complex and less and less compatible with a certain ocean-racing ethic that aims to be as virtuous as possible in environmental terms.

Therefore, a return race from the West Indies offers a great opportunity to turn what is simple individual transport into a thrilling event able to seduce a large majority of the Route du Rhum’s fleet, as well as some other boats based in the West Atlantic wishing to participate in the 2023 European season.

Departure of the Défi Atlantique at the end of March allows participants to take advantage of the West Indies’ waters after the Route du Rhum and, thus, participate in certain events in the Caribbean season. The arrival in La Rochelle around mid-April pre-empts the 2023 Class40 race program. Normandy Channel Race, Les Sables Horta, Fastnet, Transat Jacques Vabre, etc.

Also, the route of the Défi Atlantique, with a stopover in Horta in the Azores, offers crews the opportunity to enjoy discovering or rediscovering a place much appreciated by all sailors, but also offers them the chance to change crews and, eventually, to better adapt the chronology of the race to the weather conditions. A safe trip for the Défi Atlantique, soon to become a ‘classic’.

The notice of race and the registration documents will be available in October 2021 from Etienne Hardy, Grand Pavois Organisation ehardy@grand-pavois.com