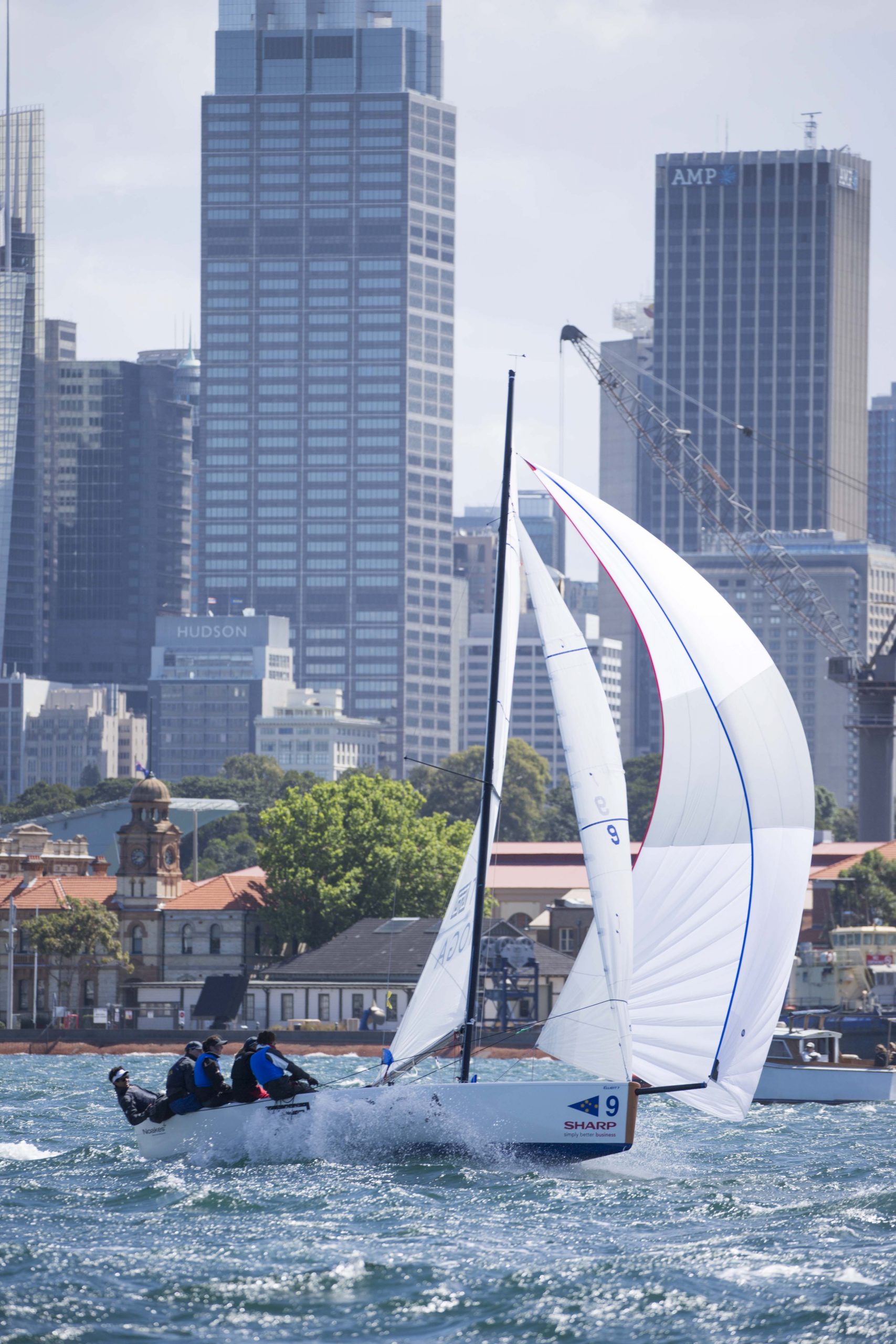 For the second year running, the Cruising Yacht Club of Australia will host the 2017 Australian Youth Match Racing Championship with ten teams from four states and one territory are set to battle on Sydney Harbour to be named Australia’s top youth match racing team.

The Championship will be contested on the waters of Sydney Harbour from Tuesday 26 September to Friday 29 September, marking the second year Sharp Australia has been involved as title sponsor of the event.

The return of the Australian Youth Match Racing Championship to the CYCA has meant a massive boost in interest in the event with 10 teams representing Darwin in the Northern Territory, Victoria, Queensland, Tasmania and Sydney.

Not only are teams vying for the Championship title, but this year the winner will also receive an invitation to the World Sailing Grade 2 Musto International Youth Match Racing Championship to be hosted by the CYCA in November.

Harry Price (CYCA/NSW), two-time winner and defending champion will be absent this year, paving the way for a new title holder. Representing the host club, and taking on the mantle as pre-event favourite is Tom Grimes. Twelve months ago, Tom had not competed in a match racing event, but is already ranked 85th in the world.

Current Australian Women’s Match Racing champion, Clare Costanzo (RPAYC/NSW), will also be one to watch, as will James Hodgson (Qld) who was recently named Queensland Youth Sailor of the Year. James joined the CYCA Youth Sailing Academy during his High School Certificate year, with the intention of sailing in Sydney in 2018 where he will attend university.

Returning to the competition after a long absence will be Darwin Sailing Club with John Lynch as skipper, while Tom Siganto from Southport Yacht Club (QLD) is the second Queensland entry this year.

Having won the Tasmanian Schools Match Racing Championship earlier this year, Sam King received an invitation and will travel to Sydney for the event next week, while Hayden Brown will take the helm for the Victorian entry from Sandringham Yacht Club. Other NSW teams include the Royal Sydney Yacht Squadron and Newcastle Cruising Yacht Club

Racing will commence on Tuesday 26 September, with a double round robin qualifying series and knockout series scheduled through to Friday 29 September. Live results will be posted on the CYCA website, throughout the event.