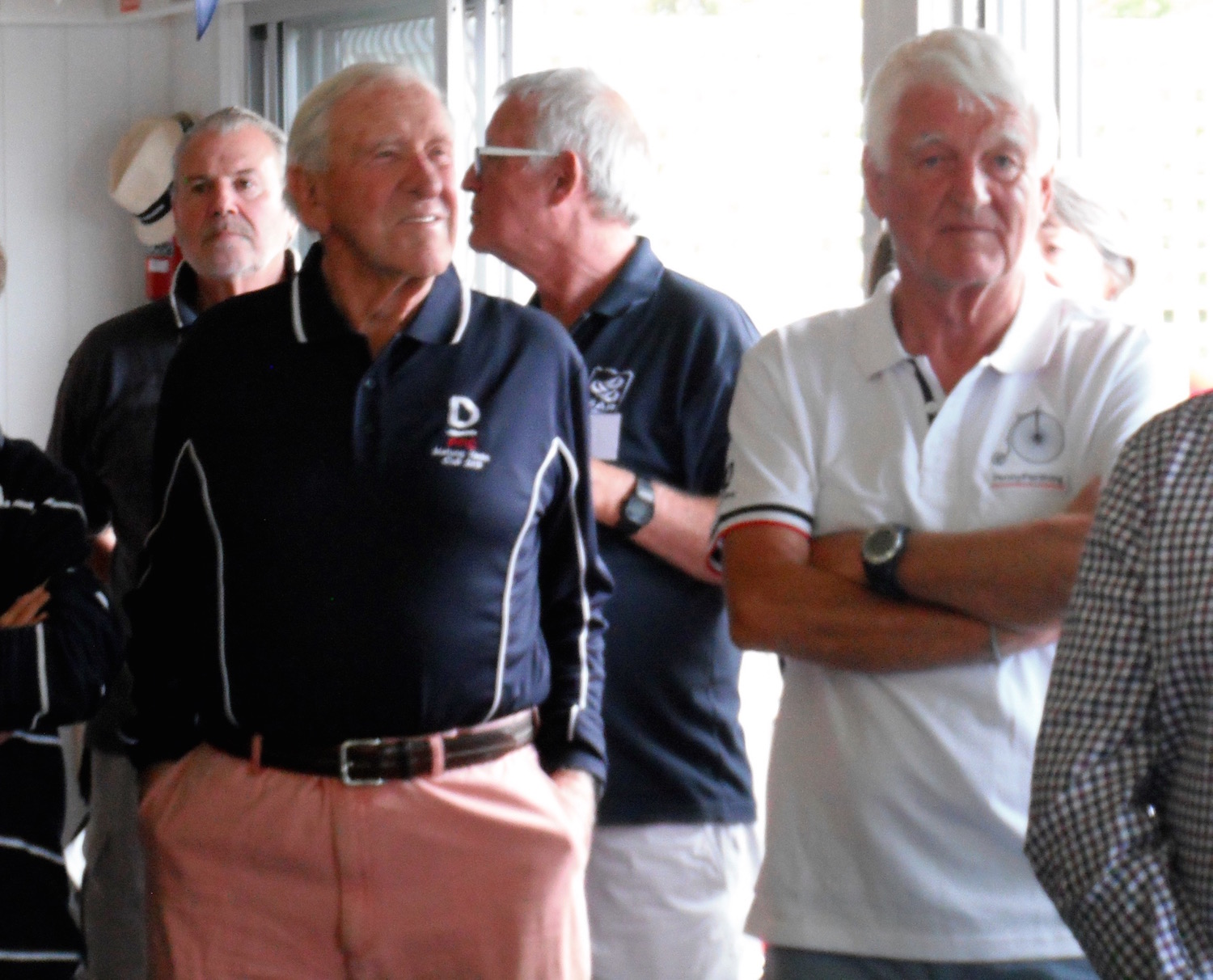 Metung Yacht Club is located in the picturesque Gippsland Lakes on the South East coast of Victoria and is the venue for the Prince Philip Cup, the 2018 Australian Dragon National Championship. The event is set to be a great regatta with 25 boats entered.

A heat wave served up 40 degrees of heat to melt competitors on Saturday as they rigged and launched ready for sailing. Very, very hot conditions but with the promise of a cooler change the next day. Sunday saw several Dragons out testing the course in much more pleasant conditions. Of the 25 entries there are 5 from Royal Freshwater Bay YC in Perth, Western Australia, 3 from Sydney, a few from Royal Brighton YC in Victoria, 1 from Norway!, sailing in a chartered boat and the rest of the fleet are local sailors.

Metung Yacht Club made all very welcome at the competitors briefing and at the subsequent welcome drinks on Sunday evening. One of the WA crew even managed to burn his nose whilst biting into a very hot mini meat pie!

Racing for the Ted Albert Trophy began today, (Monday) as the warm up for the Nationals. Three races were scheduled starting from 1300hrs. The conditions were overcast with light breezes, generally from the South. Maximum wind speed around 12 knots with some big shifts and changes in pressure throughout the race.

Rob Campbell from Burnham in the UK, (considered by West Australians as an honorary Aussie)! led around the first lap closely followed by the evergreen Gordon Ingate the Sydney based legend and Rob Hammond from Royal Freshwater Bay YC in WA. Rob Hammond got the better shifts on the second beat and Rob Campbell hit the top mark with the resulting penalty turn letting Hammond through! This also allowed the 91 year old grand father of Dragon sailing, Gordon Ingate, to close the gap. Very tight between those three boats down the final run with Hammond prevailing followed by Ingate and a second later by Campbell.

The second race got underway after a slight delay to change the course axis. Similar light conditions to Race 1 with bigger shifts and some big holes in the breeze. Ray Chatfield sailing Wizzardry, from RFBYC in WA  and Geoff Totterdell also from RFBYC, were well placed up the first beat but Rob Campbell led around the mark chased by Ray Chatfield. Campbell led the whole way round to finish first whilst Ingate made up ground to finish 2nd and Ray Chatfield crossed the finish line in 3rd.

By this time the breeze was fading a bit more so the third race got underway after a postponement, general recall and a U flag start! Only a short race this time with beat / run / beat to finish. Rob Campbell led at the first mark but got run down by Rob Hammond and Ray Chatfield. There was a split at the bottom gate and Rob Campbell looked good until close to the finish when the boats to the left got lifted to the finish line. Campbell had to tack which let Sandy Anderson, another WA based Dragon sailor, through for a win. Campbell was second which was enough to give the Anglo-Aussie team the Ted Albert Trophy overall. A great little series of three races.

The Prince Philip Cup starts in earnest with 2 heats on Tuesday afternoon.