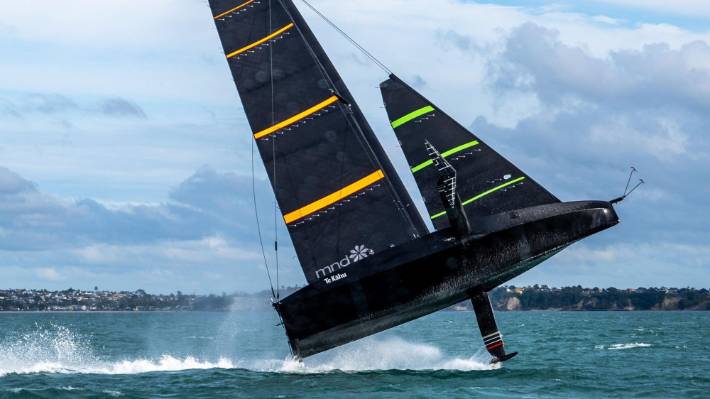 Team New Zealand has pulled off a miracle save during their latest round of testing in Auckland.

The America's Cup defenders released a spectacular image of their test boat Te Kahu fully airborne and on the verge of a high-speed capsize.

Somehow helmsman Peter Burling managed to regain control and get the 38-foot rocket-ship back down with a safe landing.

It's been a busy week for the champion syndicate as they made the most of some good mid-winter conditions to get in several days of testing, some of it with newly-arrived challengers American Magic within sight.

There were suggestions American Magic had also survived an anxious moment in their full-size AC75 Defiant as the easterly winds increased.