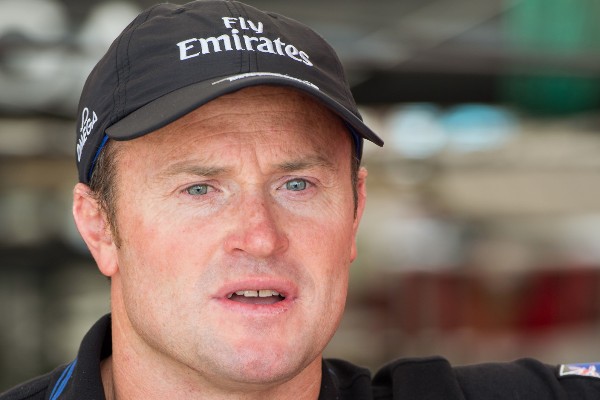 Team New Zealand skipper Glenn Ashby believes the early indications from their radical pedal-powered America's Cup boat suggest they have something special on their hands.

The 50-foot foiling catamaran was officially launched in Auckland on a rainy Thursday evening – good luck according to the Ngati Whatua elders who blessed the boat before it was christened New Zealand Aotearoa.

The most visible feature on the sleek craft are the four cycling pedestals in each hull that replace the traditional grinding stations.

A secretive three-year process was revealed when the boat was tested over the last two days on the Waitemata Harbour.

The theory is that legs provide more power than arms to fuel the hungry hydraulics that operate the control systems for the giant wingsail and foils. And that theory is being put to practice successfully it seems.

“The boat has felt absolutely fantastic to sail,” Ashby said. “We have been very, very fortunate that everything has gone really well to plan. It was baby-steps for the first hour or two and then once you get a green light you don't need much encouragement to shoot on and go.

“We have been foil tacking and foil gybing on day one which is probably unprecedented for a new boat going in the water and with a new power system as well.”

The aim in this regatta will be to get the boat around the entire course on foils, conditions permitting.