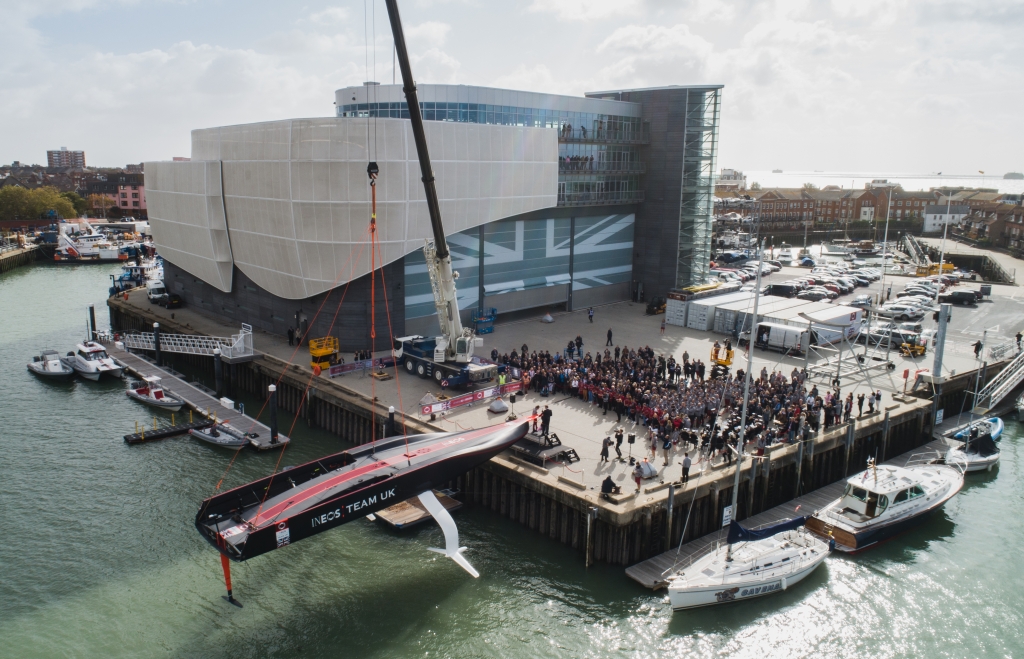 A launch of a new boat is always a key moment in a team’s America’s Cup campaign, particularly when it’s the first boat of a new design rule and for Sir Ben Ainslie’s team, it’s no exception.

Ineos Team UK has celebrated this key milestone with an official ceremony that has been held at their HQ in Old Portsmouth naming their boat ‘Britannia’ in homage to one of Britain’s most famous racing yachts.

With four AC75s now on the water a new phase of the America’s Cup starts. It will all be about getting these new boats up to speed, learning how to sail them, pushing the development and getting ready for the first event in Cagliari, Sardinia in April 2020, where the teams face off for the first time.