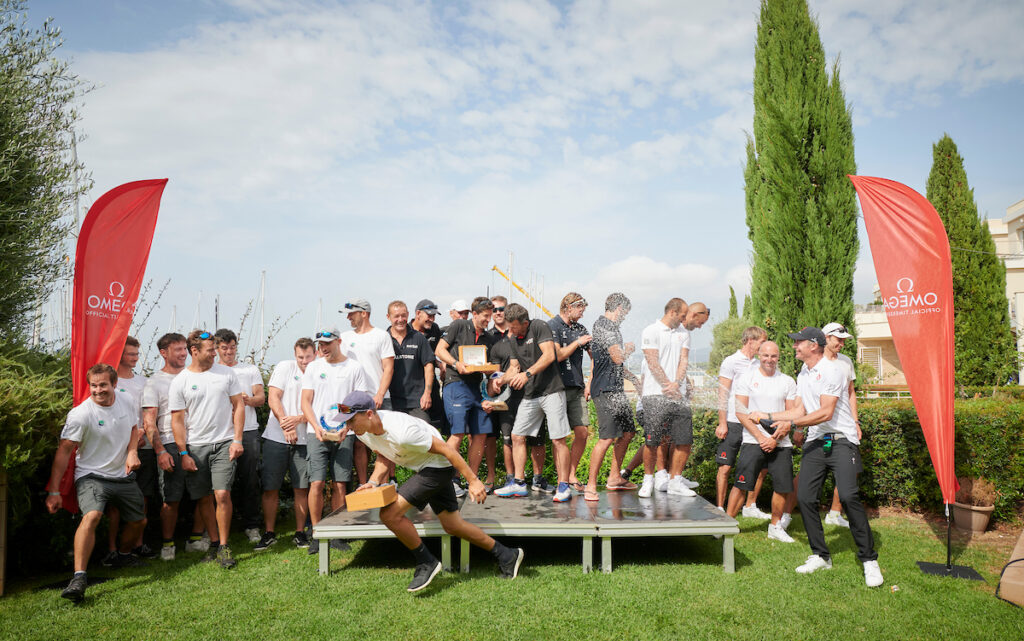 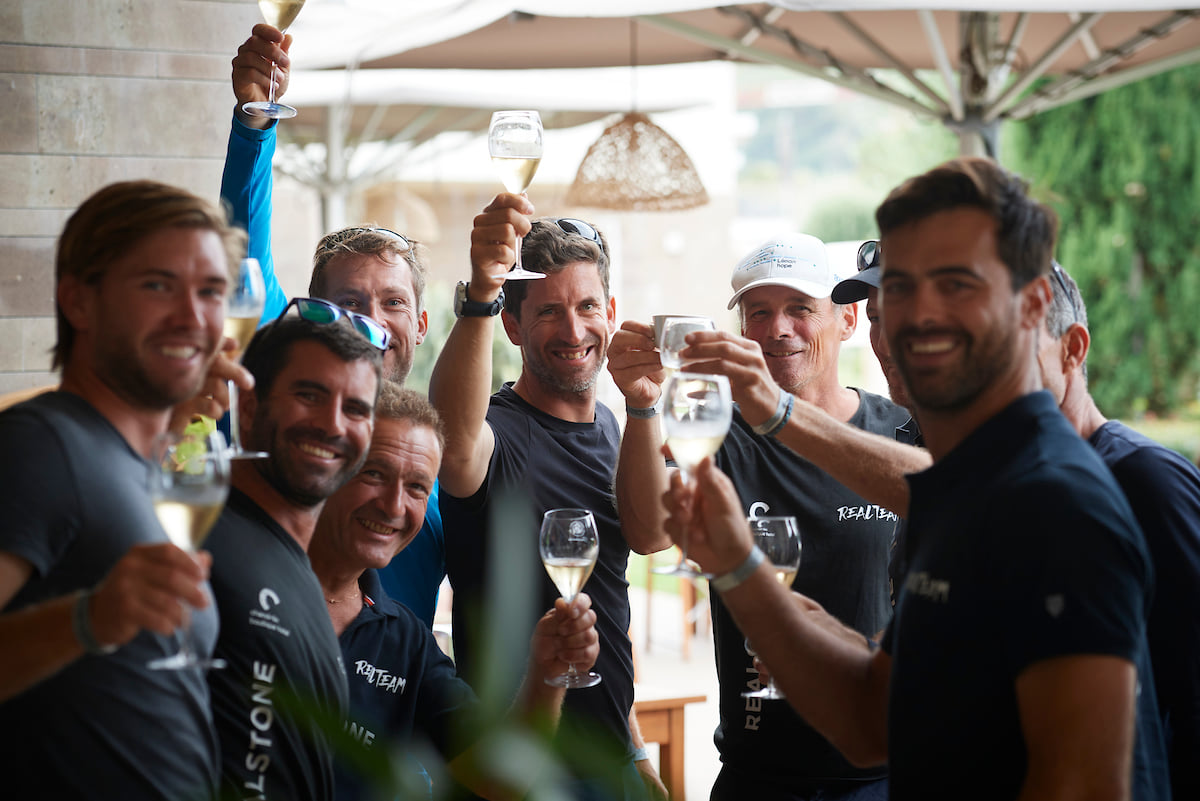 With ominous black clouds rolling over Scarlino, Italy, the morning of the final day racing looked borderline from the start with a forecast of 18 knots, building to gusts of 25 knots by lunchtime.

After the morning briefing, Principal Race Officer Benoit Deutsch set out on the water to see the conditions for himself and, an hour later, with the wind and sea state increasing, racing was officially called off for the day.

With an impressive eight-point lead Esteban Garcia’s Realteam Sailing, co-skippered by Jérôme Clerc has dominated in Scarlino this week. Taking six wins out of nine races, their discarded fifth from day one the only blemish on a scoreline of first and seconds. Clerc said, “I’m very proud of my team.

“It might look easy, but on board it is hard work to sail the TF35 well. The boat is fantastic; between 6-15 knots it is perfect, and when the wind gets stronger, you have to fight to sail it in the waves and gusts. But it’s a fun challenge, and I’m looking forward to more of it next season”.

With the win in Italy, Realteam Sailing also claims the overall TF35 Trophy title in the first year of racing for the new cutting-edge hydro-foiling catamarans. They had an  impressive score card, having won four events of a possible six this season. “The project started four years ago with the development of the boat and I’m very happy to be here now with the full fleet,” said a beaming Clerc after the prize giving. “We are sailing with Leman Hope {Lemon Hope supports young people recovering from cancer} on our sails, so to be at the top of the podium representing our foundation is special”.

Ernesto Bertarelli’s Alinghi has been head-to-head with Realteam throughout the year and hasn’t posted a regatta result lower than second all season, including finishing second this week. Coming into the Scarlino finale the scores were tight, with only three points between the two teams. However, increased pressure from Spindrift this week created space in points between the leaders: “We had a difficult second day that put us in a defensive mode for the regatta”, explained Bertarelli. “We were against very strong teams and it’s nice to see that Spindrift in the mix.

“There is no question that the best team won this year and this weekend and it’s exciting to see such tough competition in a new class”.

Completing the podium for both the final event and the overall series is Dona Bertarelli and Yann Guichard’s Spindrift. The young crew put in an outstanding performance for the last event and posed a real threat to the lead. “It was tough, but the conditions were perfect, we made progress race after race to catch up with Alinghi and Realteam and I think we were getting there”, explained helm Guichard.

Of the second half of the fleet in the overall standings three teams are within two points; Bertrand Demole’s Ylliam XII – Comptoir Immobilier in fourth a point ahead of Erik Maris’ Zoulou in fifth who is tied on points with Frédéric Jousset’s Team SAILFEVER in sixth. Not taking part in the final TF35 event Guy de Picciotto’s ZEN Too ends the season in seventh overall.

Alongside the trophies at the prizegiving, Official Timekeeper OMEGA presented Realteam Sailing with a Seamaster Diver 300M 007 Edition watch for their championship win. A second watch was presented in support of the next generation of sailor to Yvan Ravussin for his performance as bowman with Team Sailfever on TF35 Trophy.

The TF35 teams will now return to Switzerland for their winter development: “The objective is to sail around the course without coming off the foils, so over the winter, we are taking the opportunity to further develop the boat,” concluded Bertarelli.

The 2022 season announcement will be made in the autumn and will take in both open water and lake venues.