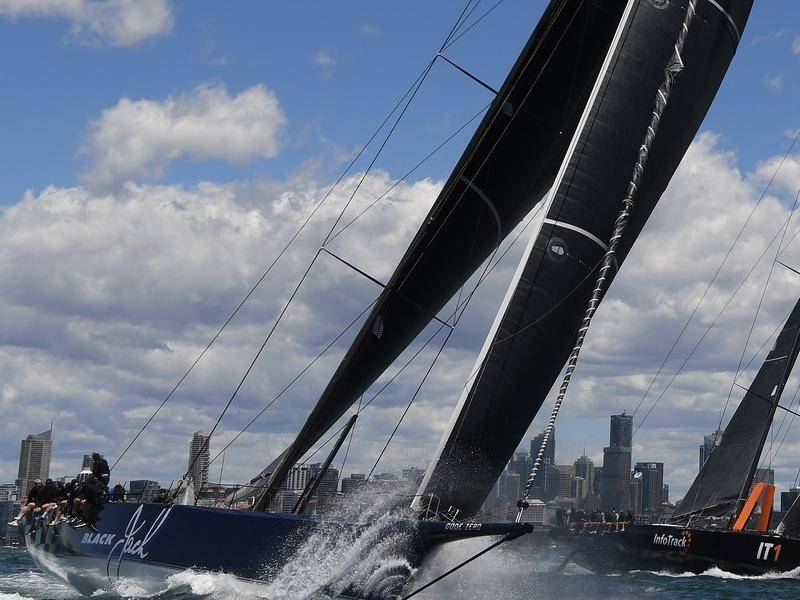 The crew on supermaxi yacht Black Jack will have a limited build-up to the Sydney Hobart Yacht Race. Pic - AAP

Black Jack captain Mark Bradford concedes a lack of recent racing could put his line honours contending boat at a disadvantage against the other two supermaxis heading into this month’s Sydney to Hobart.

The boat didn’t line up alongside supermaxi rivals SHK Scallywag 100 and LawConnect in the four-race Australian maxi championship held during the last week.

A positive COVID-19 test for one of the Black Jack crew over a week ago led to change of plan for the boat, which is representing the Yacht Club de Monaco in the iconic race starting on Boxing Day.

“In a couple of weeks we’ll come back together and do a little training block before the race.”

For the full story, see: https://www.naroomanewsonline.com.au/story/7545218/sydney-hobart-crew-faces-short-preparation/?cs=4783