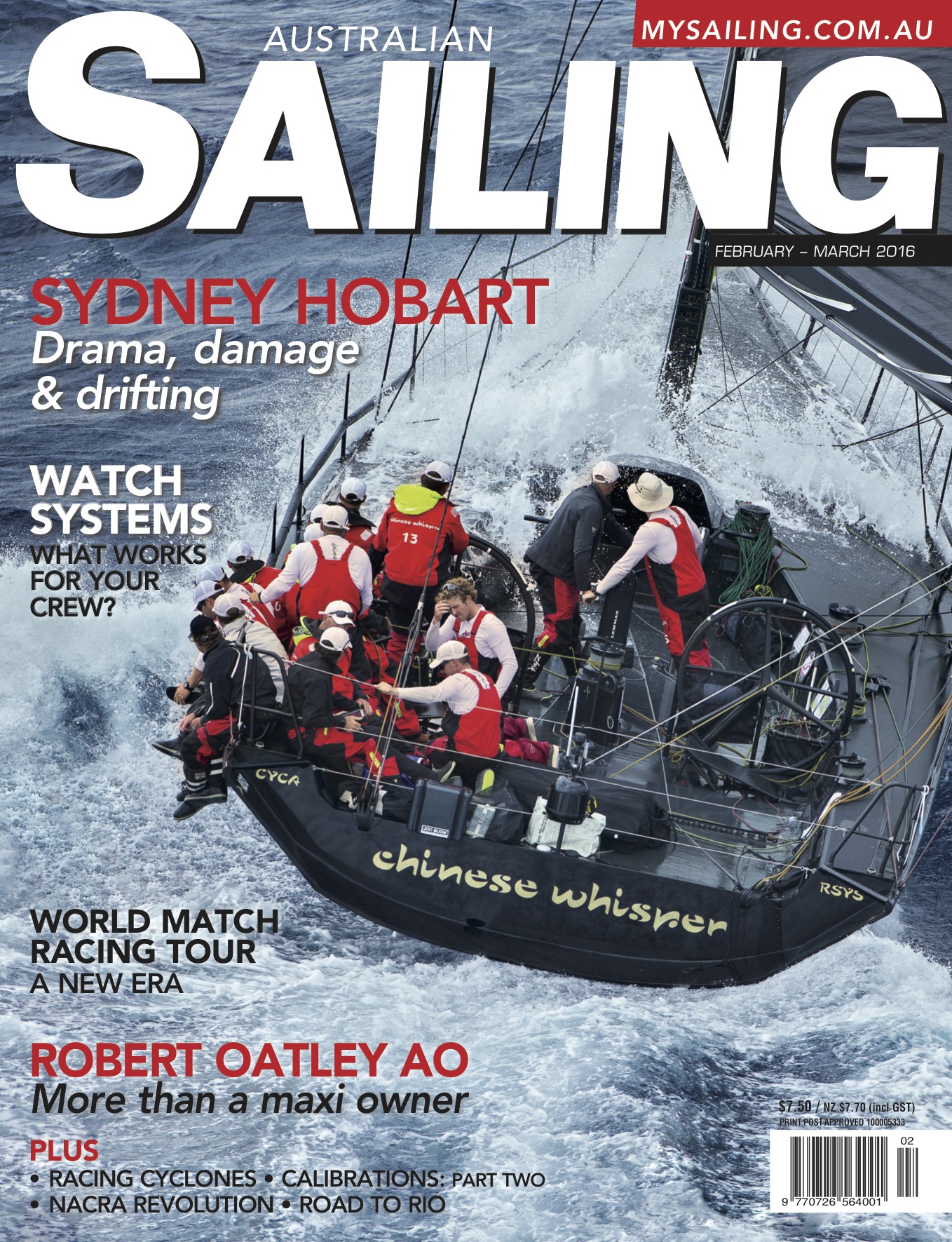 The Rolex Sydney Hobart threw everything at competitors this year and a large percentage of the fleet suffered damage – including the top three on line honours who limped home with damaged daggerboards. We have a look at the race that challenged the fleet in the Feb/Mar 16 issue of Australian Sailing.

In January we lost a great member of the Australian sailing community. Bob Ross has a look back at the great Bob Oatley, the man who was more than just the owner of Wild Oats XI.

We also have a look at the 49er and 49erFX sailors who will be fighting for a podium position at the Rio Olympics and the new format for the World Match Racing Tour that kicks off in Fremantle.

There is part two of our how to on instrument calibrations and a look at how to run a watch system.

Plus so much more.

If you want Australian Sailing delivered to your door head to Great Magazines to subscribe or you can get it on your iPad, just head to iTunes.