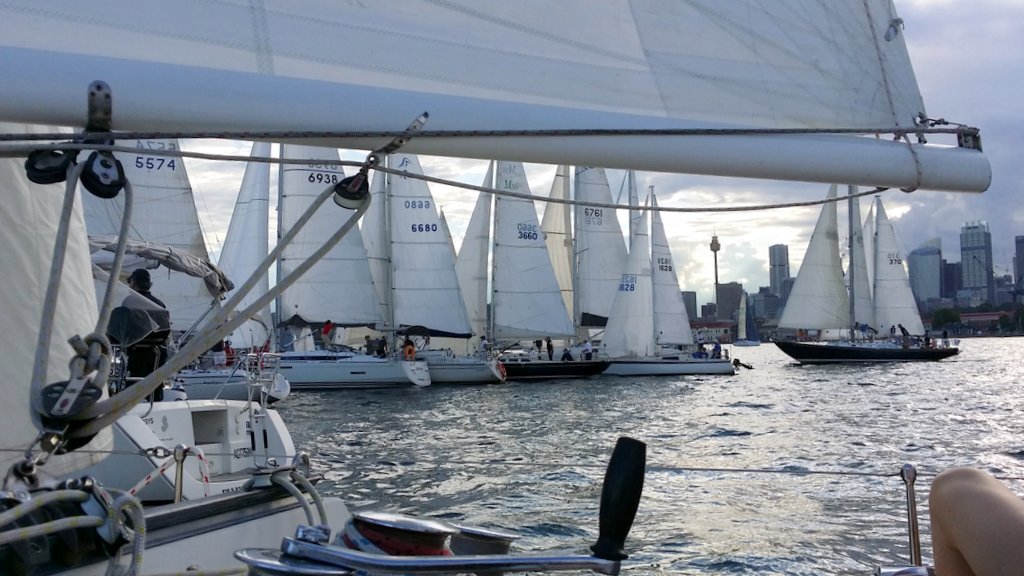 Winter Series fleets on Saturday's on Sydney Harbour are expected to between 70 and 90 boats. Photo RSYS.

Yacht owners and their crews who enjoy racing year round, or just during the quieter winter months will have a vastly greater opportunity to enjoy their sport on Saturday afternoons this winter on Sydney Harbour.

The exciting new series will start on May 7, with racing each Saturday starting at 12.30pm and will continue through to August 20, providing unprecedented interclub and individual winter competition on the Harbour.

Appropriately, this innovative programme for winter racing has been announced on the eve of the last day of summer racing on Sydney Harbour, Saturday, 2 April.

Chris Stone, sailing manager of the RSYS, estimates the Saturday winter series will attract between 70 and 90 boats each Saturday. There will be five divisions – 1,2,3, non-spinnaker and a Classic yachts division.

The Combined Clubs Winter Series for 2016 is a result of 18 months work in assessing each club’s needs and working out an acceptable format for a wide range of yachts. Each of the three major clubs, RSYS, SASC and RANSA will take it in turns to manage each Saturday’s racing. A feature will be three big social events through the winter, with each club inviting all competing boats to each of the clubs.

Handicaps and results will be published via the new eTime system which has been developed in conjunction with experienced handicapper John Maclurcan, with all three major clubs using the system on and off the water.

“All the clubs are really excited by this new venture…it’s amazing to see how everyone has come together to create better racing opportunities for members of each club and the broader Sydney Harbour yacht racing community,” Chris Stone said.

Christian Brook, RSYS Rear Commodore and Chairman of the Squadron’s sailing committee commented: “On behalf of the Royal Sydney Yacht Squadron we are excited that this opportunity has become a reality, with the other Sydney Clubs working together for a combined series.

“Two significant features are that there will be several point scores of various lengths and divisions, giving the competitors different opportunities and also that each club will be able to host a function after racing during the season,” he added.

Dave Giddings, RANSA Vice Commodore, recalled:  “Last year's inaugural RANSA/SASC combined series was a success.  This year should be bigger and better with the addition of the RSYS fleet.”

“This new Winter Series brings together great people and boats that have been sharing our Harbour for years and can now race together with competitive fun. The series enables our keenest sailors to race every week and gives others the flexibility for a short six race hit-out to keep the crew together over winter and enjoy the social spirit of our participating clubs.

“The social aspect of this series is particularly important and the short race format is designed to get sailors back to the host clubs and enjoy swapping stories with a greater audience.

“I’m thrilled with the collegiate spirit our clubs have demonstrated with this combined initiative and I’m keen for some good times on the water with our wider sailing community,” Prentice added.