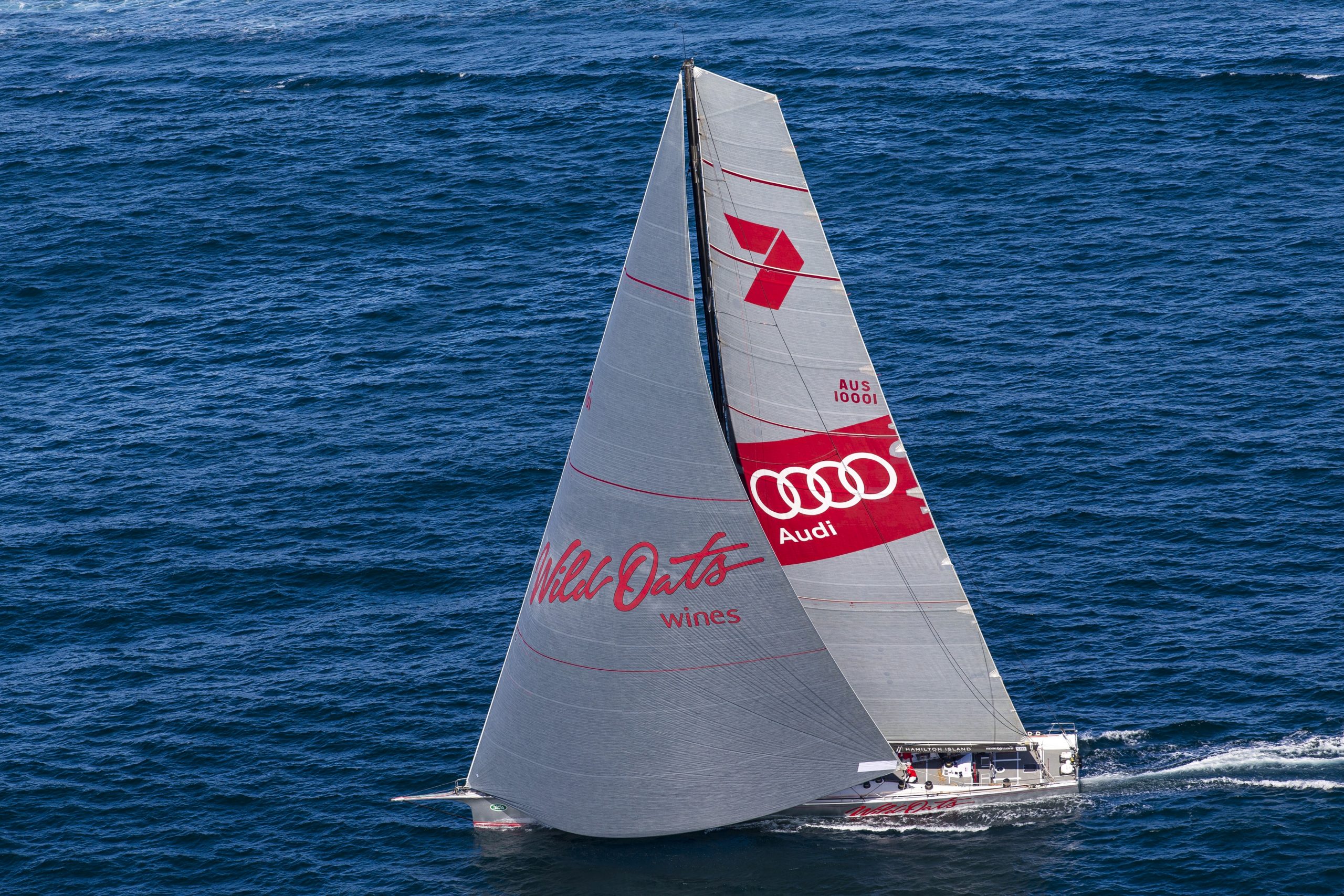 The Cruising Yacht Club of Australia (CYCA) has opened entries and the Notice of Race for the Land Rover Sydney Gold Coast Yacht Race, which starts at 1300 hours on Saturday 29 July, 2017.

Despite his own problems at Hamilton Island, caused by Cyclone Debbie, Sandy Oatley today confirmed Wild Oats XI would return for the 32nd running of the 384 nautical mile race following her disappointing retirement from the 2016 Rolex Sydney Hobart when she suffered keel damage while leading the fleet.

Matt Allen’s Ichi Ban won the race in 2016, assuming control when she drew an escape card on the rest of the fleet mid-morning on Day 2. Allen, President of Australian Sailing, is in a quandary. His new TP52 will not arrive in time to compete and his current TP52, Ichi Ban, is on the market.

“If I still have the boat, I will be there,” Allen confirmed. Should conditions be conducive, he and others will be chasing Loki’s conventionally ballasted record of 26 hours 52mins 39secs, set in 2012, when the 60 footer finished third on line astern of Wild Oats XI and Peter Harburg’s Black Jack.

Others committed to starting the Land Rover Sydney Gold Coast Yacht Race include current and immediate past Ocean Racing Yachtsmen of the Year Paul Clitheroe (Balance) and Sam Haynes (Celestial).

Clitheroe, though, will send his 2015 Rolex Sydney Hobart winner with trusted second in command, Mike Green, as the financial analyst and advisor celebrates his birthday in the Antarctic. Haynes, winner of a trifecta of crowns in the 2014-2015 Blue Water Pointscore said, “I will definitely be competing.”

The Land Rover Sydney Gold Coast Yacht Race is the first race of the CYCA’s Blue Water Pointscore and signals the commencement of the northern circuit of races and regattas. It starts off Nielsen Park, Vaucluse and passes landmarks such as Newcastle, Port Stephens, Port Macquarie, Coffs Harbour and Cape Byron before finishing off Main Beach, Southport.