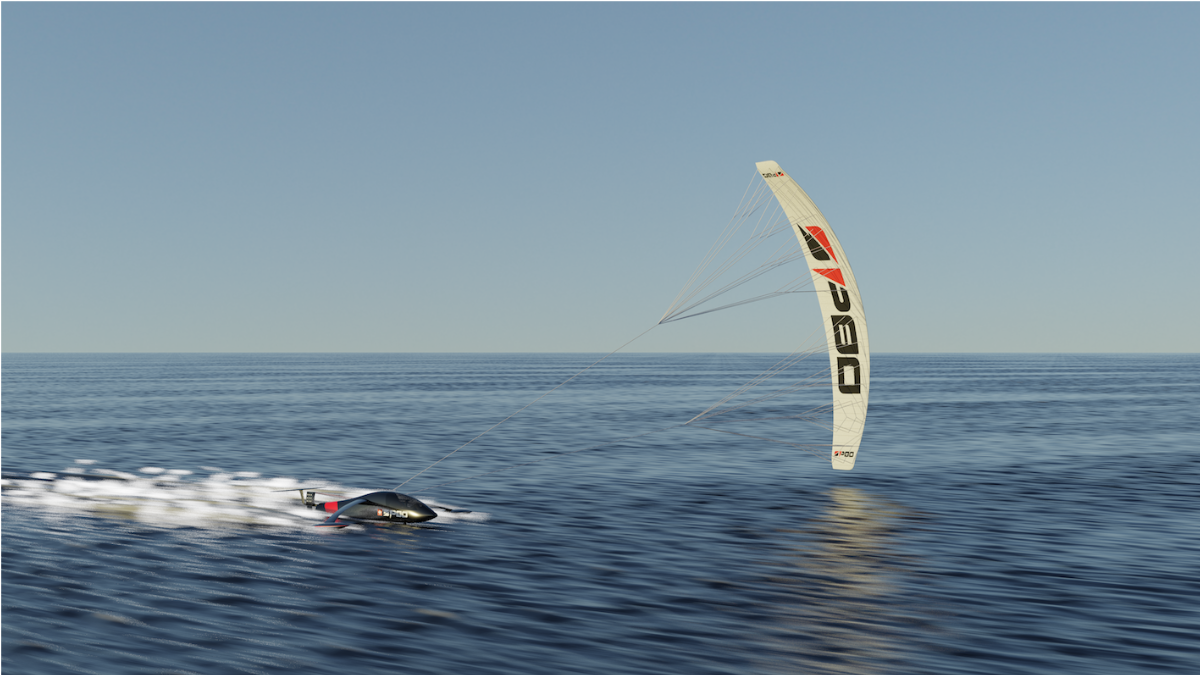 Lausanne, 5 November 2020 – A year ago, SP80 unveiled the design of its boat to beat the World Sailing Speed Record. Today the team, composed of more than forty engineers and students from the Swiss Federal Institute of Technology in Lausanne (EPFL), conducts test after test on Lake Geneva with a prototype scaled down to half of the final boat. The launch of this prototype, with dimensions 4.5 by 3.5 metres, constitutes a key stage of development in the race for the record. It enables the team to validate certain concepts and start the optimization process in anticipation of the construction of the final boat which will begin in 2021.

Predominantly built in the context of student projects within the Lausanne institution, this floating laboratory was meant to be modular in every way. Indeed, the SP80 team can rapidly modify and test different configurations by switching hulls and appendices, which makes it a valuable learning tool in view of the record.

The prototype is towed by a motorboat in a way that replicates the forces of a kitesurf wing independently of wind conditions. Benoit Gaudiot, co-founder and pilot for the record, commands the boat himself from the motorboat with a steering wheel connected to the prototype by a hydraulic piston.

Beyond the experience gained by developing a ‘feel’ for the boat’s control, a sizeable amount of data is collected on each outing to build up a basis from which we can compare performances and improve the design of the reduced model.

A dozen tests have already been carried out and the results, presented in the video, are very conclusive for the team. They validate the latest simulations and demonstrate the stability and control of the boat at high speeds. These qualities, indispensable for the record, were notably attainable because of a mechanical stabilization system invented and patented by SP80.

Several runs on Lake Geneva are still on the agenda for the end of Fall. At the same time, the team is looking for sponsors to complete its operating budget and is focusing on the preparation of the boat’s construction planned for 2021.

Created in 2019 by three engineers obsessed with kiting, sailing and speed, SP80 gathers over forty engineers and students from EPFL whose objective is to pulverize the current world sailing speed record. To do so, they have developed a boat whose design is unique in the world, futuristic, and powered by a kitesurf wing.

Today this young team shares the same passion as its three co-founders and is animated by the common will to shatter the established codes of the sailing world and drive it forwards.

The video of the tow-test can be viewed here.