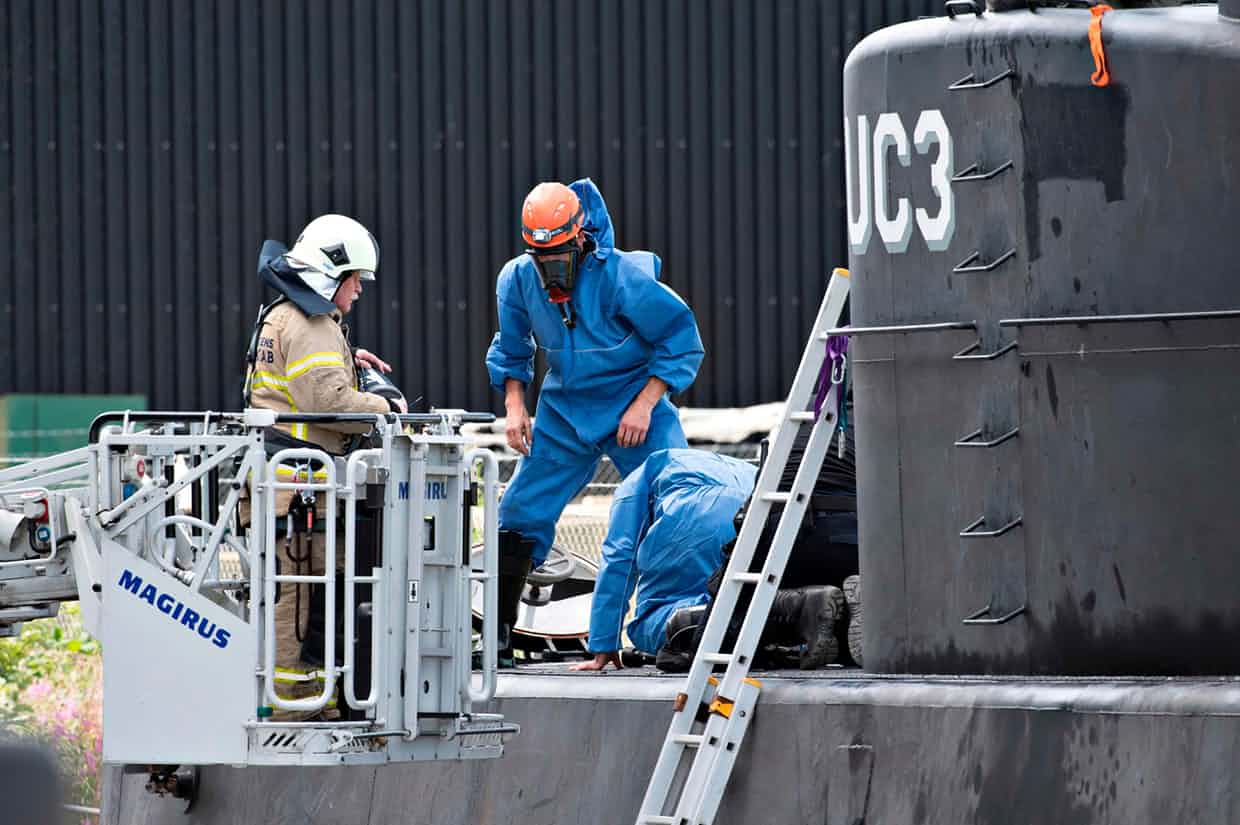 Not a sailing story, but of interest to those of us who spend a lot of time in, on or near the water…

An amateur submarine maker is in custody in Copenhagen as police investigate the disappearance of a Swedish journalist who had been onboard his vessel before he is alleged to have deliberately sunk it off Denmark’s east coast.

Peter Madsen, a Danish inventor whose crowdfunded submarine Nautilus sank near Copenhagen on Friday, was arrested on preliminary manslaughter charges but has denied responsibility for the fate of 30-year-old Kim Wall.

He claims she disembarked on an island about three-and-a-half hours into their trip on Thursday night, according to Copenhagen police.

Police spokesman Jens Møller Jensen said on Sunday that the submarine had been raised from the sea bed and searched but no body had been discovered. The search for Wall in the water, from the air and on land, continues.

Møller Jensen added that there were indications that Madsen deliberately sank his submarine.

On Saturday, after a two-hour custody hearing held in private, Judge Kari Sørensen ordered that Madsen be held in pre-trial detention for 24 days while the investigation into Wall’s disappearance continued.