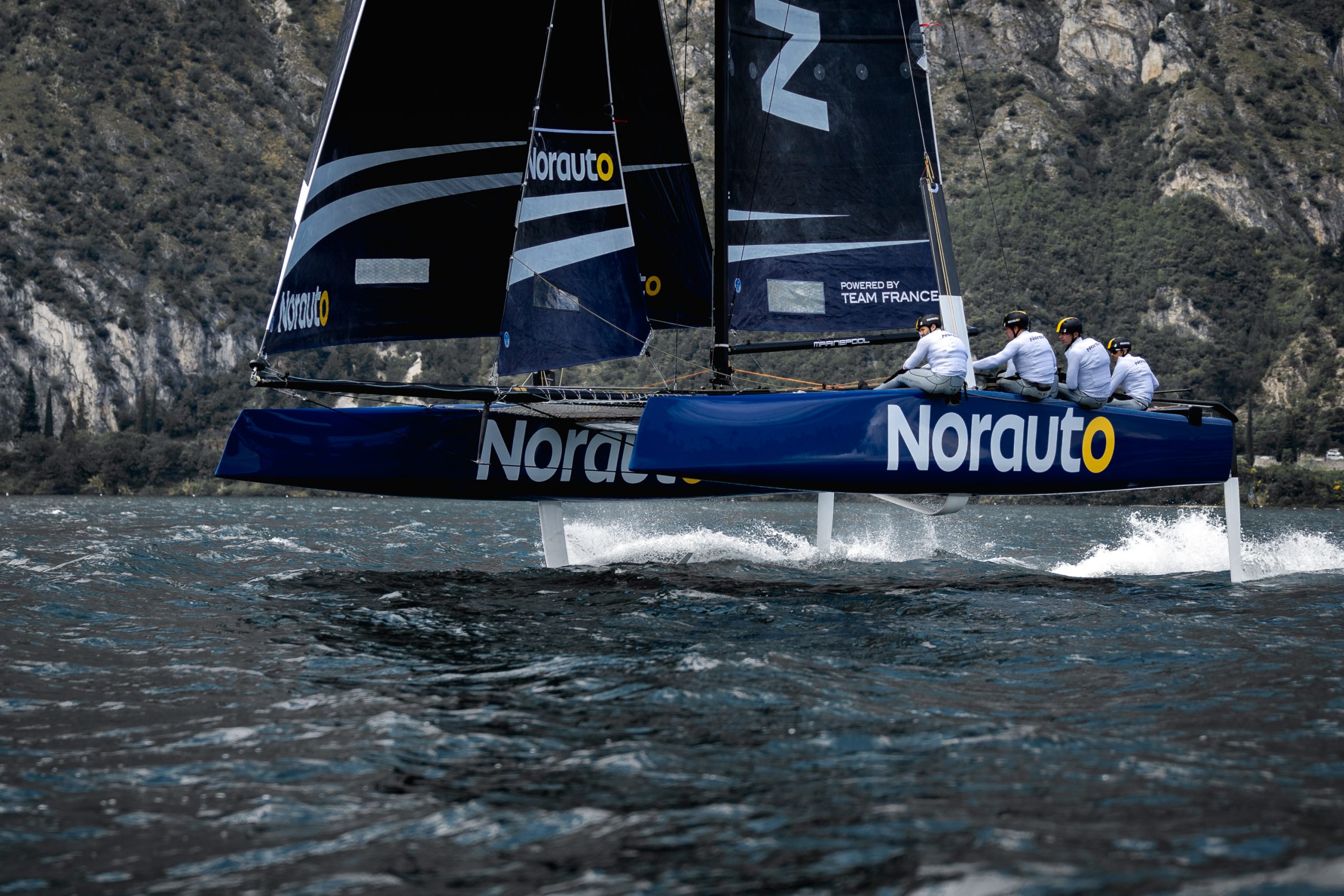 Skipper Franck Cammas, winner of the GC32 Racing Tour in 2016 with Norauto, returns to this exceptional event after competing in Bermuda last year in the America’s Cup with Team France. With the continued support of Norauto, a European car maintenance company, Franck is back on the GC32 series this season with his crew: Olivier Herlédant, Arnaud Jarlegan, Matthew Vandame and Devan Le Bihan.

Fifteen crews will be competing for four days in Lake Garda’s stunning setting. The event brings together the fleets of the two GC32 circuits: the Extreme Sailing Series and the GC32 Racing Tour – with the official recognition of World Sailing, the international sailing federation, meaning an official world champion title is at stake.

“Starting this new season on Norauto at the GC32 World Championship is an opportunity for us to meet simply the best competitive sailors of the moment, all coming together for the same event. Now America’s Cup and Match Race experts and Olympic Champions all sail on foiling boats, the cutting edge technological challenge. The GC32 is the only professional series of foiling boats. There are no others in the world at present. It is important to be aware of this because everyone on board needs to sail at the best level in foiling, not only at the helm but also in tactics and all the other positions”, says the skipper who remains at the helm of Team France.

Among the favourites, Franck will be competing against the New Zealander Adam Minoprio, one of his Team France crew members who also helmed the GC32 Norauto at several events in 2016. Adam now skippers the GC32 SAP Extreme Sailing Team, who were crowned champions of the 2017 Extreme Sailing Series, beating the powerful Alinghi by just one point.

Ernesto Bertarelli’s Swiss team Alinghi, who have many seasons on the GC32 circuit under their belt, will be competing in Riva del Garda with skipper Arnaud Psarofaghis, one of the best in the field. Another Swiss team to be reckoned with, Sebastien Schneiter aboard Team Tilt, were Norauto biggest opponent two years ago; also Jérôme Clerc’s Realteam, who won the GC32 Racing Tour last year and trained well before the start of the season.

On the “Kiwi” side, the Match Racing World Champion, Phil Robertson on Team Oman Air will be one of the strong teams in the event.

Finally, straight out of the America’s Cup, ex-Artemis racing’s Chris Draper from Australia, takes the helm of Red Bull.