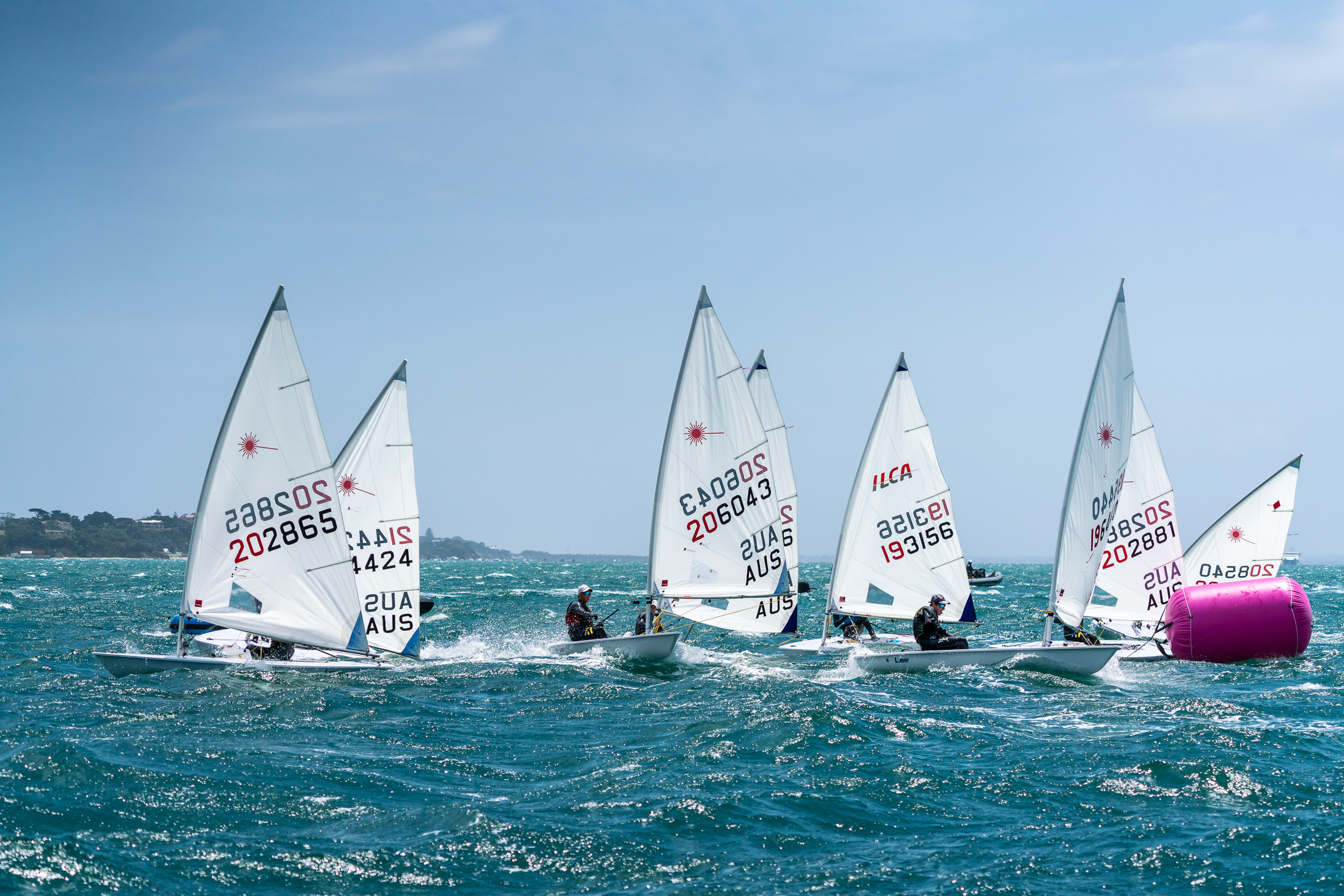 With international boats making up one sixth of the 230-strong fleet, conditions came as a bit of a shock to some sailors. A visiting 29er team from Singapore noted that these were the most difficult conditions they had ever sailed in: “In Singapore, we don’t get wind above 12 knots,” skipper Faith Hailey Toh said. “It was really scary.”

New Zealanders Mason Mulcahy and Andre Van Dam are leading the 420 Boys on countback, ahead of local sailors Linus Talacko and Lachie Grogan (VIC) in second.

“It was really breezy today, but we are feeling really good going into this regatta after the Nationals,” Andre said after racing.

It was a tough day for recently crowned 420 national champions, Daniel Links and Jack Ferguson (NSW). They won the first two races, but after getting a bad start and capsizing, finished the third race in 10th. Back on shore they were scratched from the second race after a protest involving an incident on the start line.

“On days like this in the Nacra there is a lot of hanging on and making sure you don’t nosedive,” Nathan said. “We love a bit of breeze though. These are definitely our conditions.” Georgia added.

Second overall are Tom Dawson and Sarah Hoffman (NSW), who are four points behind the leaders.

Both Laser fleets provided close racing with Laser Radial Boys led by Stefan Elliott-Shircore (WA), who is just one point ahead of Sofiane Karim (FRA).

Recent National Champions in the 29er Boys, Ethan Galbraith/Charles Zeeman (TAS) are top of the leader board overall with a first and second place today. In the 29er Girls, Zoe Dransfield and Madeleine Mcleay (NSW) are leading the Girl’s fleet (15 overall).

Lighter winds are forecast for tomorrow. “Everyone has had their big workout today,” Ben Fels, SSCBC Sailing Manager commented. “We’re looking forward to easier conditions for the rest of the regatta.”