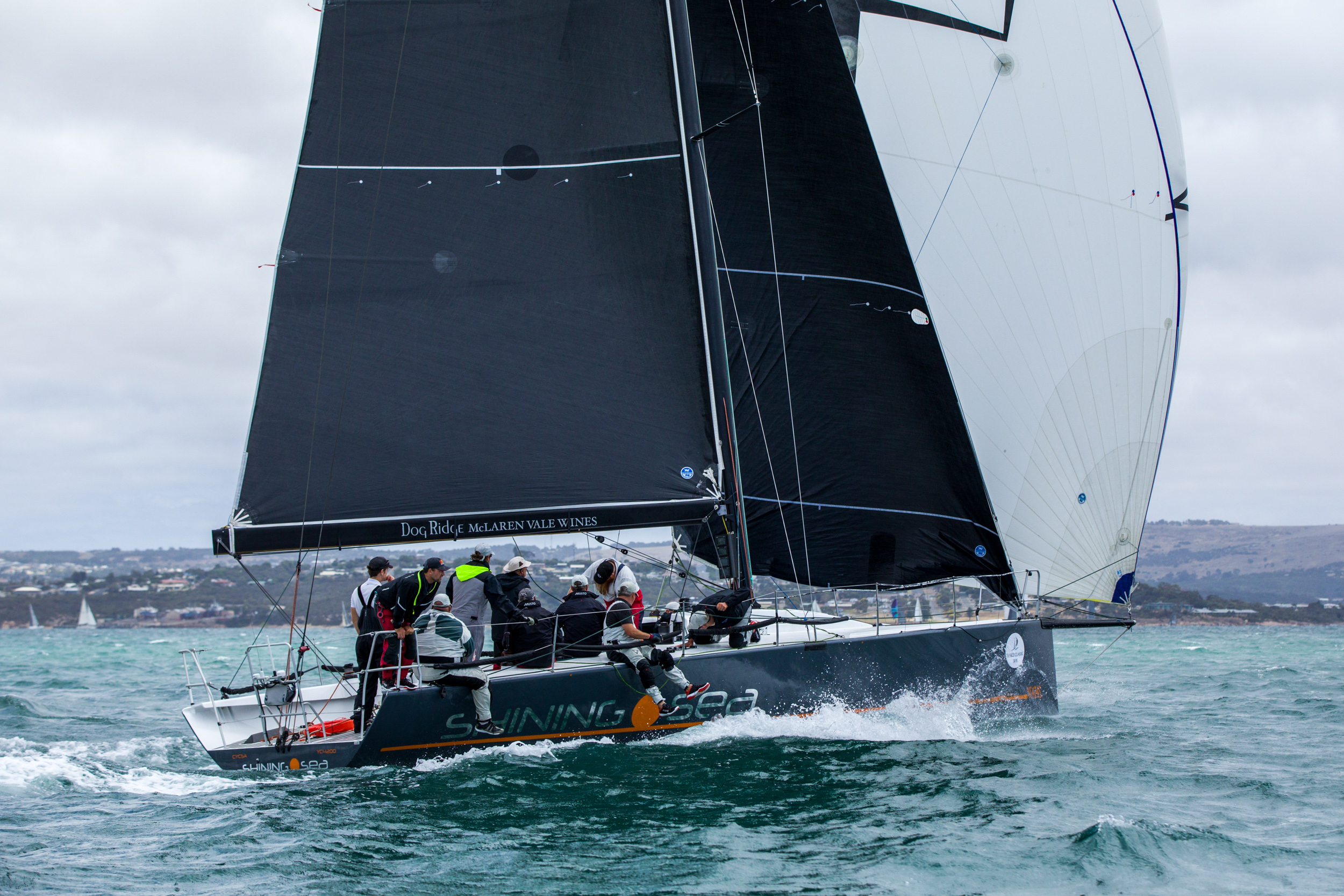 20/02/2018
Strong breezes greeted sailors on the first day of the Teakle Classic Lincoln Week Regatta as the fleet headed out into Boston Bay for two races around the cans.
Geoff Boettcher's team on Secret Men's Business was once again at its brilliant best, taking home two wins on IRC.
Meanwhile, Andrew Corletto's Shining Sea was not far behind with two seconds and Mike and Mark Welsh's Wicked, over for the regatta from Sandringham, clinched two thirds.
As the regatta will host a longer passage race tomorrow, the regatta is still wide open for the teams down the order as the breeze is expected to shake things up.
On the AMS rating system in division one, Wicked was once again in red hot form, taking home two wins, while Caillin Howard and David Oliver's Aikin Hames Sharley was just behind them with two seconds.
In division two, Brett Averay and his team on Bacardi cleaned up proceedings with two big wins ahead of their competition.
Some other top performers in the field were Simon Turvey's Born to Mentor, Grant Eckermann's Speakeasy and Kim Williams' Rock N' Roll, all of which had solid performances.
On PHS handicap in division one, Wicked took home two wins so you would expect their handicap to adjust accordingly tomorrow, while Keith Finch's Rapid 1 sailed consistently to finish with a third and second respectively.
– Harry Fisher