Racing was cancelled on day one. Pic - Robert Deaves 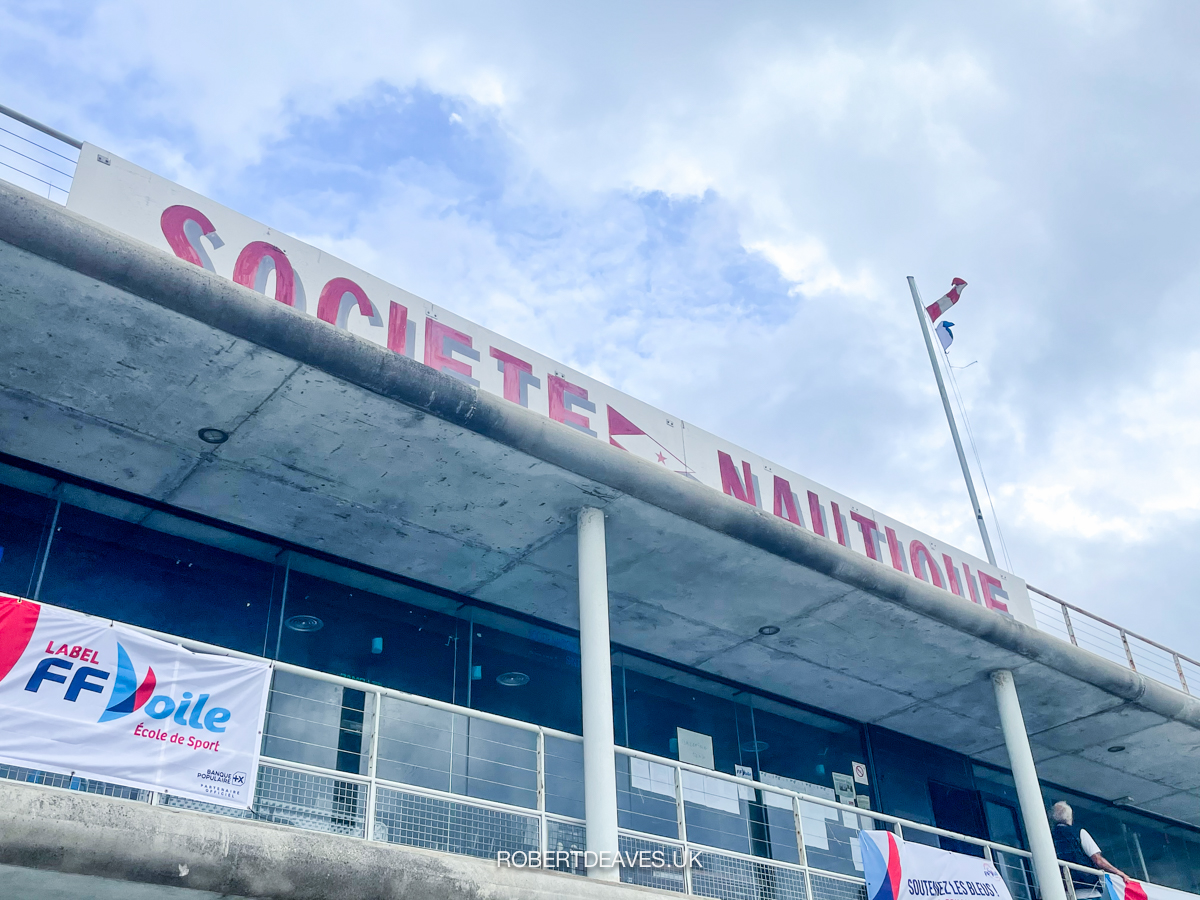 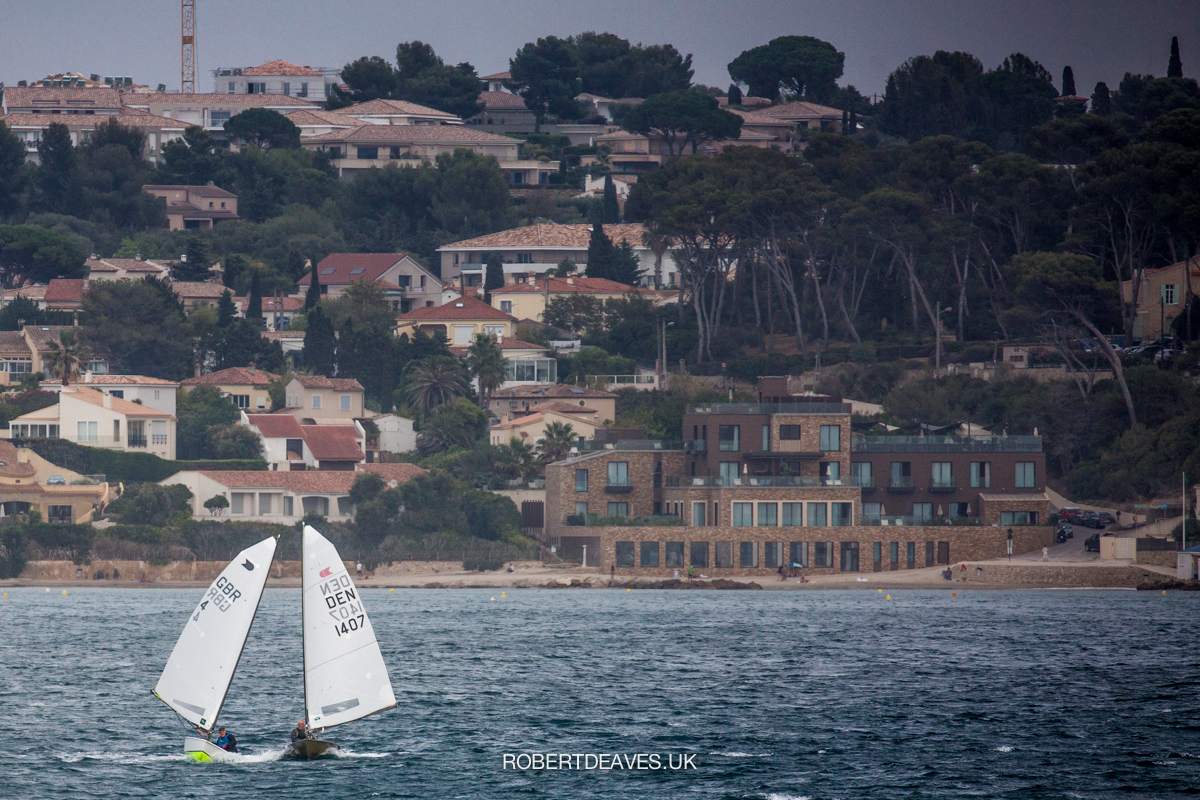 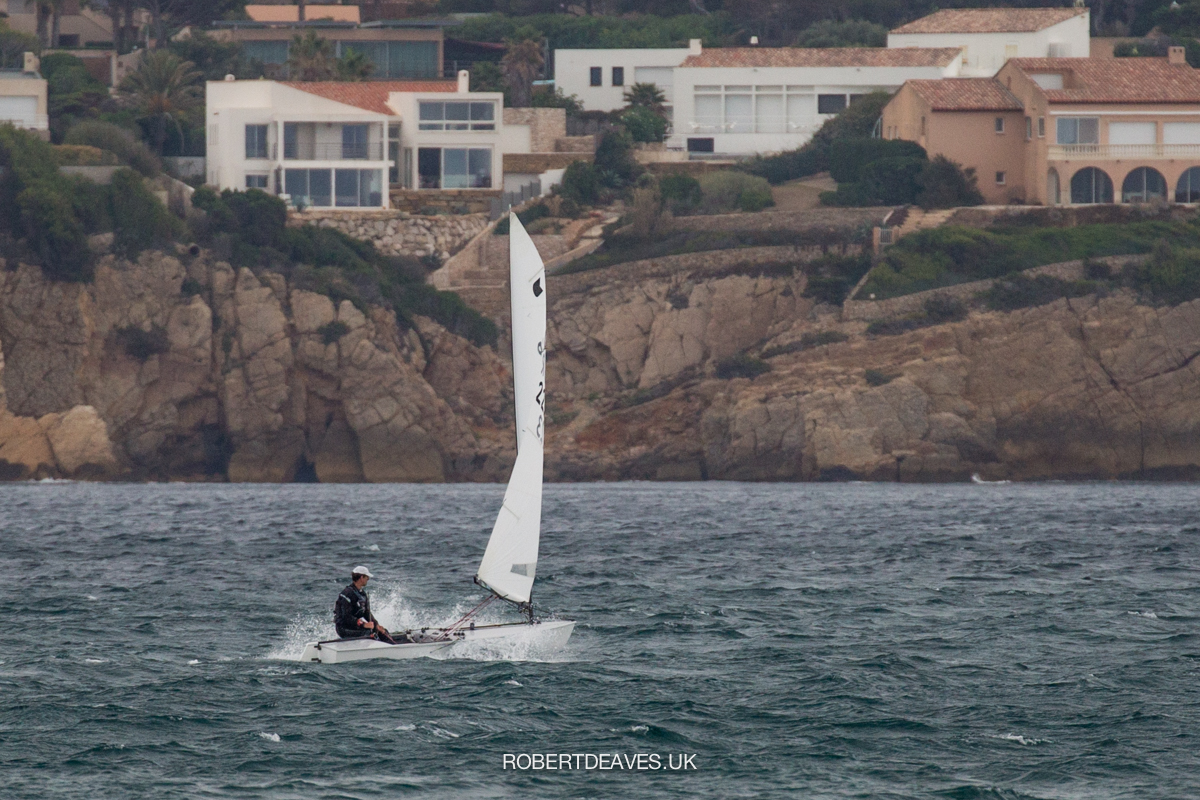 Before the start of the OK Dinghy Autumn Trophy in Bandol, France, there were near perfect conditions for training, while enjoying the perfect French hospitality.

Over the past two days 10-15 boats have been out training in great sailing conditions with 8-15 knots and hot sunshine. However all that changed on the first day of the regatta with 22-35 knots, grey overcast skies and intermittent light rain.

Right after racing was postponed for the day, however, six intrepid sailors ventured out into the bay for an hour of final practice in 20-25 knots of breeze, though it started to moderate later in the day.

In the evening, the fleet was treated to a huge spread of canapés and hors d’oeuvres, washed down with almost unlimited Bandol rosé wine.

Situated overlooking the Baie de Bandol, the host club, Société Nautique de Bandol, has a superb outlook on the race area, where the more cautious sailors watched those who had ventured out, while analysing their style and form over a beer or three. It is quite a stunning location.

The concept of OK Dinghy Autumn Trophy was to create an end of season regatta to mirror the Spring Cup, but also in response to many requests to hold more regattas at Bandol, following the highly successful 2018 European Championship here.

While on the small side, the international fleet includes six world titles and sailors from seven nations, and is boosted by the ever growing French and Bandol fleets.

Art of Racing is the title sponsor of the 2021 Euro Series, of which the Autumn Trophy is the final international regatta, following events in Garda, Kiel and most European national championships.

The weather for day two promises much better conditions, with the wind turning westerly and bringing more settled conditions later in the day. The OK Dinghy Autumn Trophy in Bandol continues until Saturday.