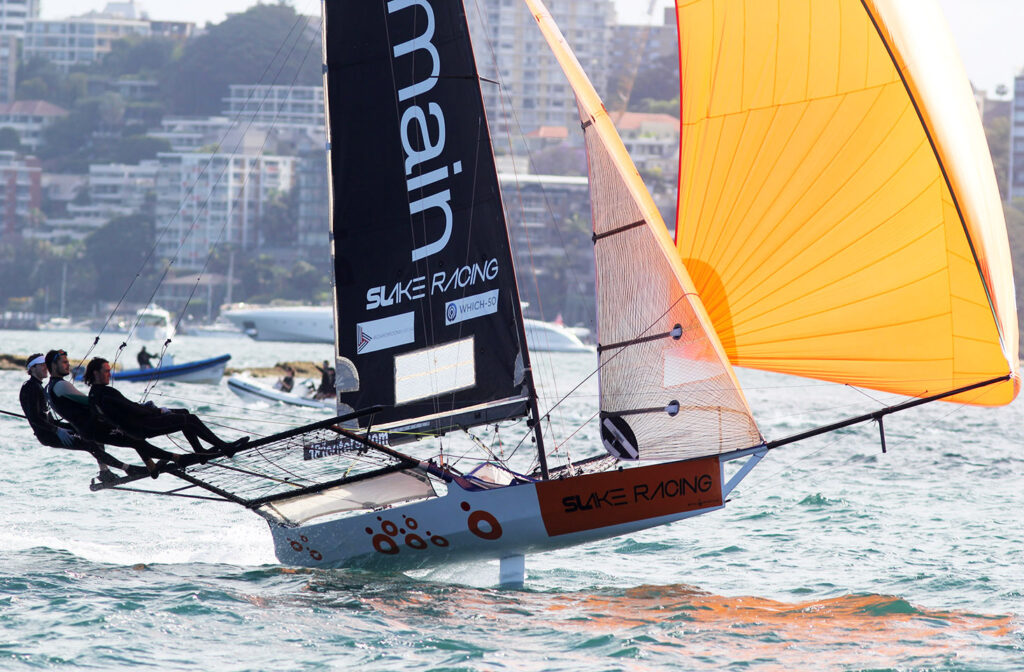 Balmain Slake on her way to victory in race two. Pic -18ft skiff 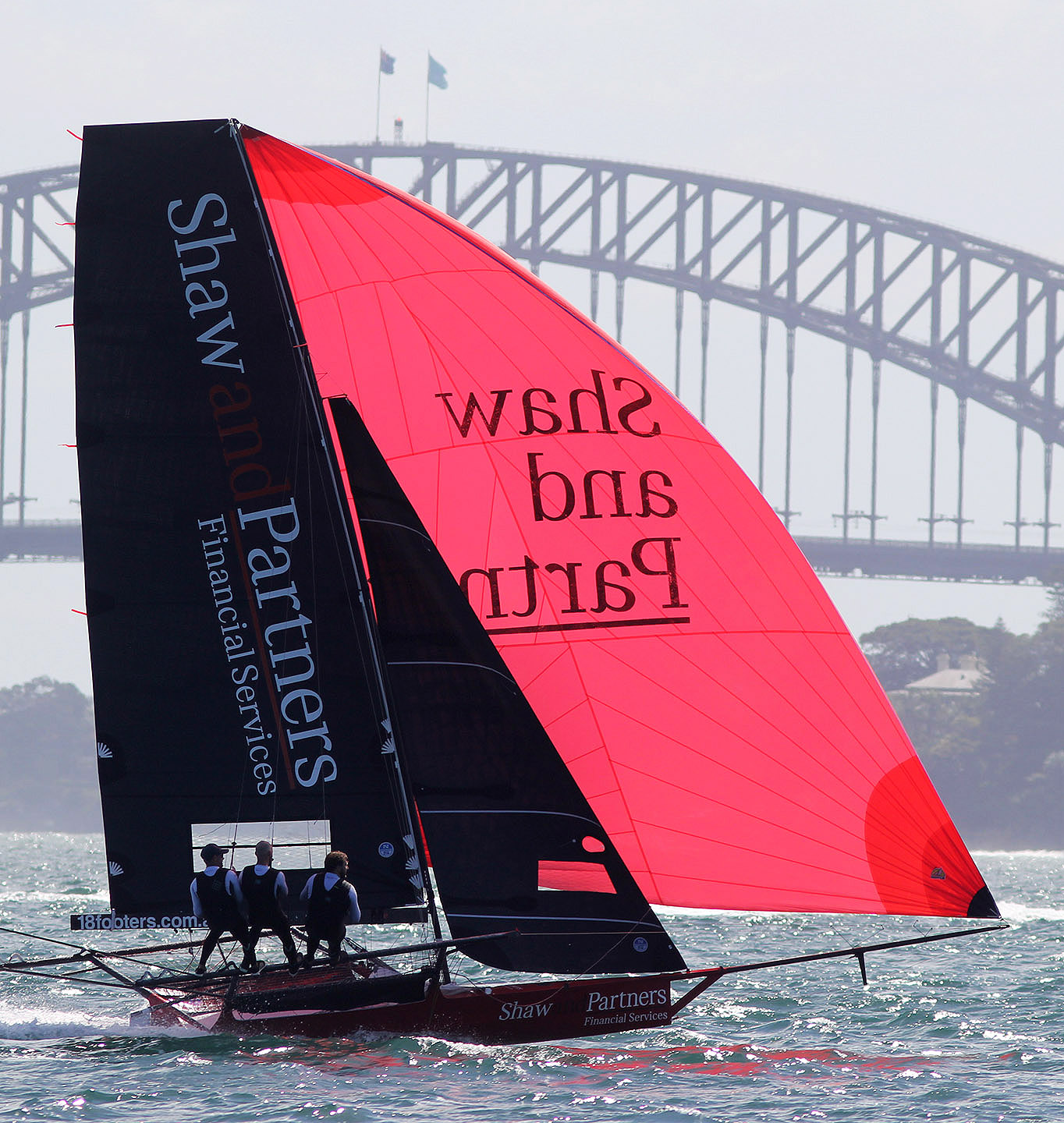 In ideal 10-12 knot SE winds, the day was a triumph for a crew having its first race in the 18s and for the brand-new sponsor Balmain Slake, when the team took out both races in an impressive performance.

Henry Larkings, Max Paul and Flynn Twomey on Balmain Slake came from behind in both races to take line honours.

In race one, Rag & Famish Hotel featuring another new, young team of Harry Price, Josh McKnight and Harry Hall, won the start and led for most of the two laps of the course only to be run down by Balmain Slake, which took victory by just 4 seconds.

Yandoo won the start in race two but when the three-buoys system kicked in at the first set of marker buoys, it was Rag & Famish Hotel which grabbed the lead. As it was in race one, the Rag led the next lap of the course before Balmain Slake came from behind once again to score anther win. This time the winning margin was by a healthy 50 seconds.

Balmain Slake leads the points table on two points, followed by Rag & Famish Hotel on five points. There is no discarding of points in this championship.  All seven results will be counted.

With a number of new sponsors and teams joining many of last year’s teams, the club’s fleet will see around 20 regular boats on the start line as the season moves through to the 2022 JJ Giltinan World Championship next March.

Today’s result sheets, and overall points table are attached, along with images from the racing.

Race three of the Spring Championship, in conjunction with race one of the Club Championship, will be conducted next Sunday.  Spectators can follow the racing on board the club’s spectator ferry, however due to the COVID-19 policy, numbers are limited.  Booking online through the club’s website is essential. To book, see:  http://www.18footers.com.au/18-footers-sailing/spectator-ferry/

For those unable to make it out onto the water, the club’s live broadcast team will be on Sydney Harbour to capture all the action.  Live streaming is available at www.18footers.com by clicking on the 18 Footers TV link.

Follow all the club’s racing throughout the 2021-2022 racing season: