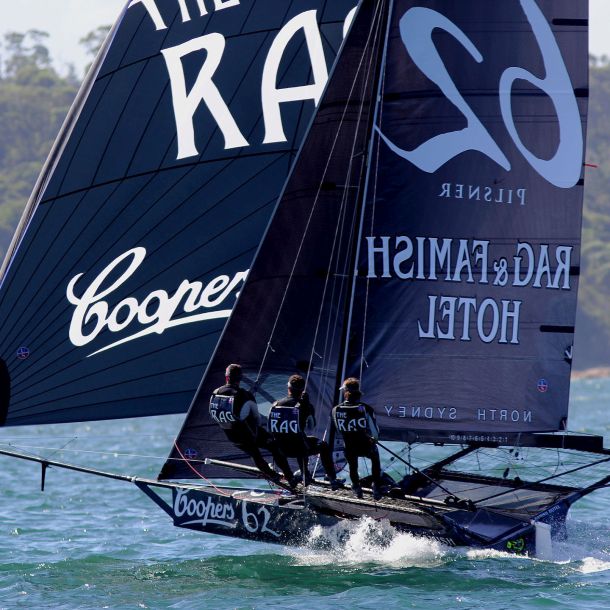 Strong southerly winds gusting to more than 30-knots on Sydney Harbour, brought a premature end to the Australian 18 Footers League 2014-2015 Season when today’s Race 11 of the Club Championship had to be abandoned.

The Coopers 62-Rag & Famish Hotel team of Jack Macartney, Mark Kennedy and Peter Harris were declared club champions as the team held a 14 points lead over the fleet before today.

The Australian 18 Footers League would like to thank its supporters and sponsors and looks forward to continuing the association again in 2015-2016.