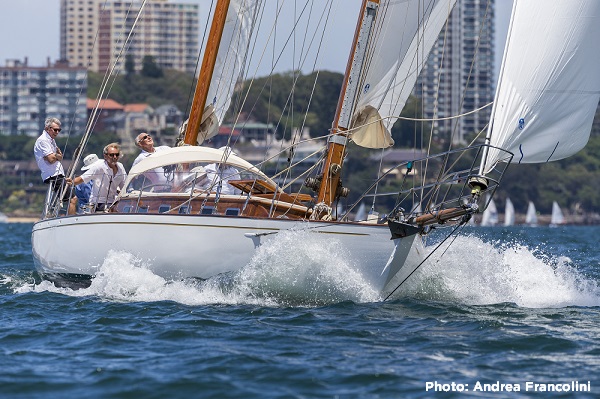 The fleet for the 2021 Sydney Hobart Classic Yacht Regatta has grown to 20, with some of Australia’s most historic boats set to take to Sydney Harbour from 10-12 December.

The annual regatta, organised by the Cruising Yacht Club of Australia, is open to any yacht launched prior to 1976 that has competed in at least one Sydney Hobart Yacht Race.

With many former Sydney Hobart winners amongst the fleet, the Sydney Hobart Classic Yacht Regatta has become a popular celebration of the history and heritage of Australia’s premier ocean race.

CYCA Commodore, Noel Cornish, said: “I think it’s just great to have something like this that brings together so many of the boats and sailors who’ve made the Rolex Sydney Hobart such a special race.

“It was a fabulous regatta last year and I’m sure it will be even better in December.”

The 2021 regatta will begin with a short no-extras invitation race on Friday 10 December, followed by a pursuit race on Saturday 11 December and a scratch race on Sunday 12 December.

The scratch race starts from a line off Cannae Point, the original starting line for the first Rolex Sydney Hobart in 1945.

On the evening of Saturday 11 December, skippers and crews will gather for a special formal dinner at the Cruising Yacht Club of Australia.

Following the final race, the winners of the three divisions – which includes a non-spinnaker division – will be presented with unique trophies that honour three champion Australian offshore racing boats – The Koomooloo Trophy, The Balandra Plate and The Solo Trophy.

Entries are open until Monday 6 December 2021. Visit the CYCA website for more information and to enter.

Competitors are reminded that standard insurance and proof of Category 7 safety compliance are required.