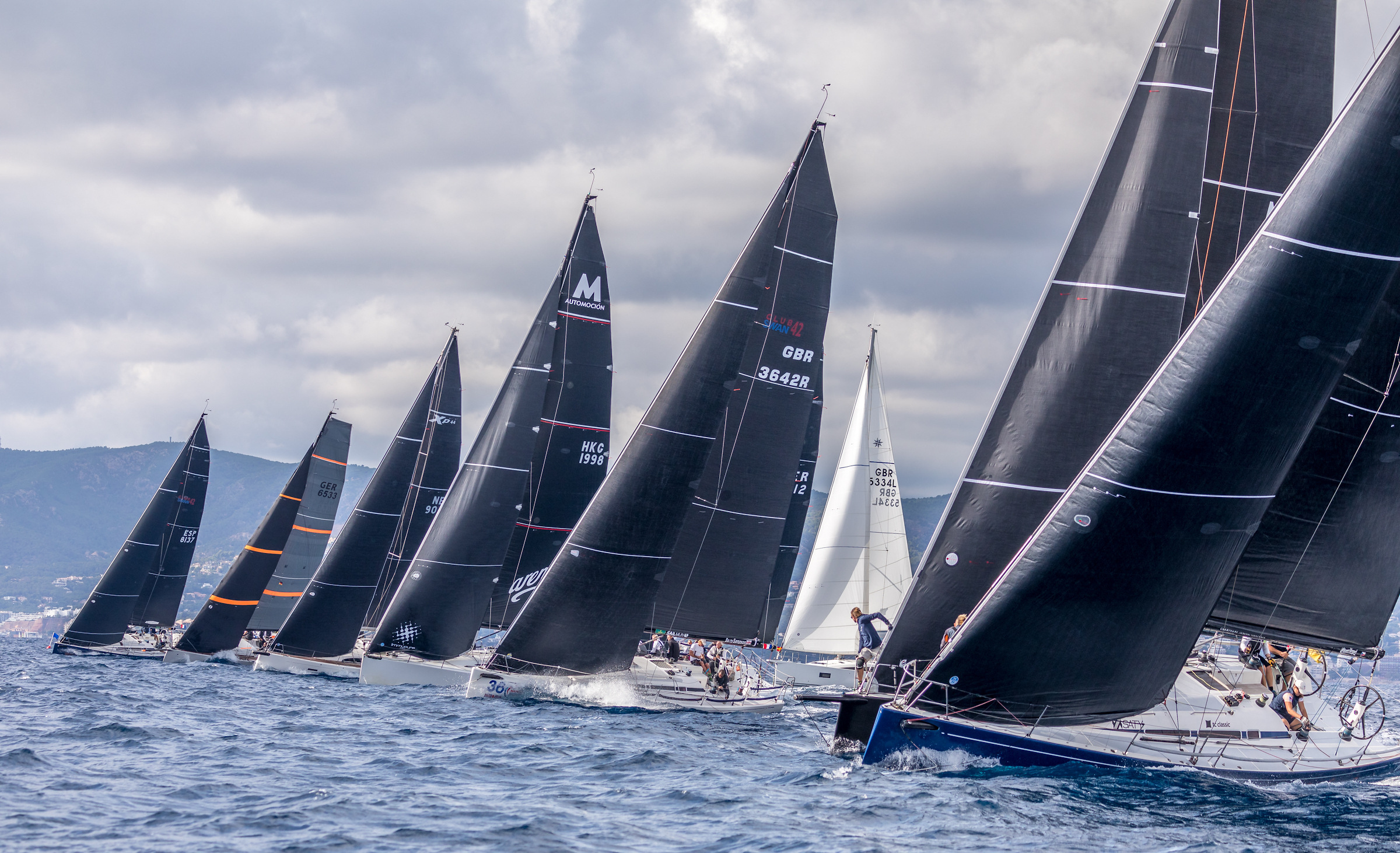 Winds on the Bay of Palma proved just a little too fresh and the racing schedule was cut short on the third and final day of the 17th edition of the 80 boat PalmaVela regatta.

But most classes enjoyed at least one breezy race, and some managed two, providing a spirited finale to an all too short but sweet regatta which, marks the end of the Mediterranean racing season.

With a second place in the brisk 16-20kts SW’ly winds and choppy, wavy conditions Vladimir Liubomirov’s Bronenenosec won the highly competitive, ten boat TP52 class which used the regatta as a warm up for the Rolex TP52 World Championships which start on Tuesday on these same waters.

With the right side of the course favoured it was Code Zero, steered by Marc Blees, which led up the first beat after identifying the gain to be made on this side. But, on their first race in the fleet together, they could not hold off Phoenix and Bronenosec but the Dutch flagged team still managed a good third, an auspicious debut for a crew comprising Blees’ sailing friends on the chartered Xio.

With a first, a second and third Bronenosec won the class ahead of Doug DeVos’ Quantum Racing which finished fifth today, Harm Müller Spreer’s Platoon – sixth today – took third step on the podium.

Of their first regatta win for the TP52, Bronenosec’s Russian winning owner Vladimir Liubomirov said, “We had great wind today and the boat was flying at it was great fun. So many times this season we have had not much wind and so it was good to get a good breeze and go fast. Three races are not enough but that is the way this season seems to have gone so far. But this has been a good practice for the world championship. And we are happy to win the practice regatta. We can improve but we are in very good shape for next week. At least we are well prepared, let us see how we do.”

Tom Slingsby, the Australian Olympic Gold medal winning tactician on Phoenix said, “We did not have the best of starts but often with the big right hand shift up the first week the guys get the false starts end up doing pretty well and we were one of these guys. I think we are in good shape for next week.

“Our goal is simply to be in the hunt on the last day, we will see how it plays out. But the boat is going well, the guys are sailing it well. We are happy with any conditions that comes, it looks like we might get a few light days but we are happy with anything.”

Aifos crew member Ricardo Maldonado said, “We are very happy with this overall victory, it is our first for the Aifos team at PalmaVela. We sailed very well and we managed to overcome the damage we suffered in the first race when the genoa halyard broke and the sail went overboard. We had to put a crew member up the mast and we were able to fix things enough to finish that race. Today we sailed with a lot of wind, especially in the second race of the day when we had gusts of 23 knots on the instruments and I saw we hit 21 knots of speed. It has been a spectacular day.”