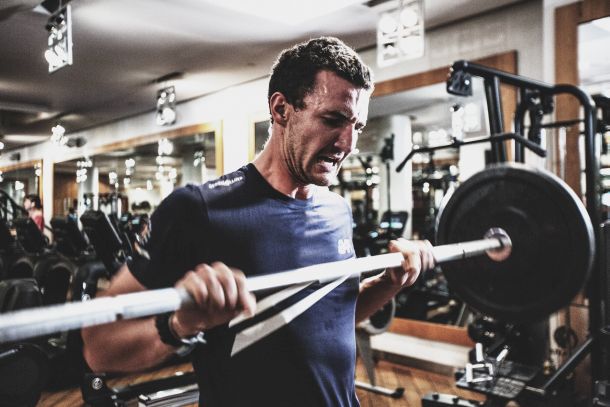 In all of the changes that have been wrought on the America's Cup by the introduction of the new, foiling multihull boats, one of the biggest is the physical contest, the man-to-man battle. There are no longer any pauses, there's no more sitting down, and absolutely no chance for anyone to get their breath back. 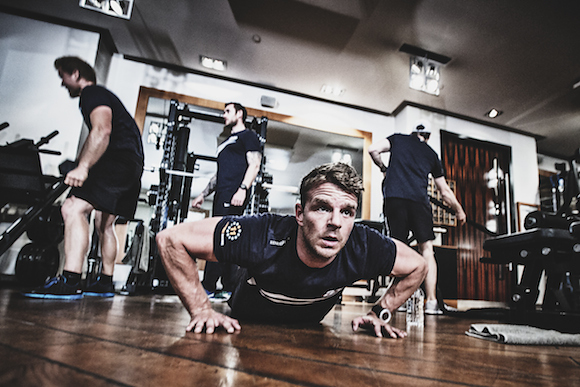 The America's Cup is the oldest trophy in world sport – dating back to before the Ryder Cup, FIFA's World Cup and even the modern Olympics. It's also the only major sporting event that Britain has never won. Those failures – and there have been twenty of them – dot back through a time when the Cup was contested in majestic but distant yachts. Those yachts glided, apparently serenely across white-capped oceans. It was a limited view, accessible only to those who could get afloat, and not particularly accurate.

Technology, in the way of onboard cameras, eventually brought the audience onboard and revealed the truth. While it was serene from a distance – and sometimes it was even serene close-up – there were moments of frenzy onboard when the whole crew was moving. Huge men with lung capacities the size of Olympic rowers (several of them were) pounded at handles until their eyes bulged. And then they sat down and waited for the next moment of action. It could be 20 minutes away. 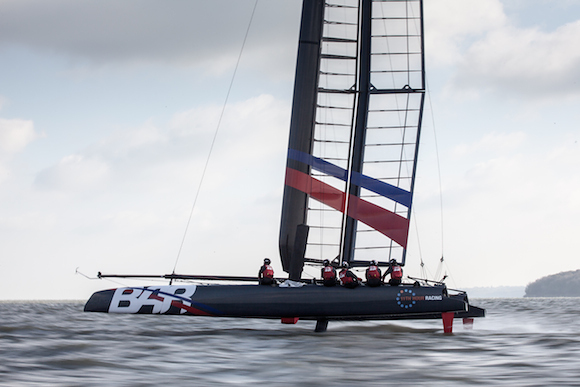 Those days are gone. There's nothing serene about the new America's Cup boats, not close-up, not even from a distance. The key to speed in the new America's Cup is achieving continuous stable 'flight' through ever changing conditions of wind and water. This requires constant adjustment of both hydrofoils and aerofoils, and that requires an equally constant supply of power. The majority of that power is supplied through a hydraulic system, similar to those used to control the flight surfaces of aircraft and F1 race cars.

In February 2010, the 33rd America's Cup was won by a 90 foot multihull. It used a 100hp car engine to provide the necessary power to the hydraulics. The 35th America's Cup will be raced in 48 foot foiling multihulls, and the rules state that there will be no engine. Instead, there will be just six crew. At all times, one of them will be required to adjust the hydrofoils, another to control the aerofoils. The other four must wind handles to feed the hydraulics with juice. They must keep it up for the entire race and, collectively, these six must weigh no more than 525kgs.

Before Ben Ainslie Racing's designers and engineers could sketch a single line of the boat that they hope will win the America's Cup, they needed to ask the sailing team one question; how much power could they deliver for the duration of the 30-40 minute races, raced twice a day, day after day for up to 20 days? The answer to that question is fundamental to the design of the boat. And the man in charge of delivering it is the team's strength and conditioning coach, Ben Williams.

“Previously America's Cup sailors were power/sprint athletes, like a 200m runner or a 100m runner,” said Williams. “Now they are more akin to a 10km runner, or a rower, or a time trial cyclist because they are producing constant wattage without going into the red for 40 minutes. So they have become endurance athletes. We did a lot of development work and then went and talked to the design team about how much power we thought we could give them with the four guys in June 2017 (the date of the next America's Cup). They will use that number; so the amount of power the sailors can deliver is central to the design of the boat.” 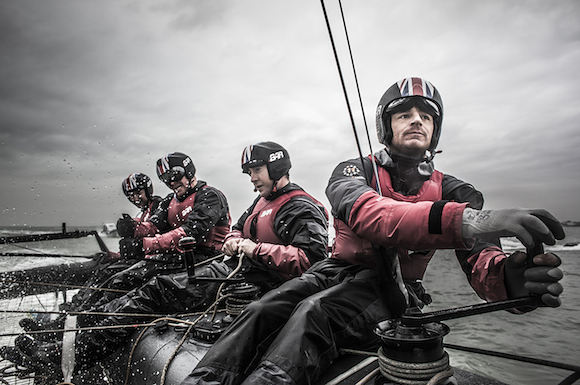 Now all that Williams has to worry about is how to deliver on the promise, with a team of sailors talented enough at their craft, strong enough mentally and cohesive enough as a competitive unit to win the America's Cup. “I put all the aspects of that together and came up with a performance map,” he explained. “The more often I can deliver those guys to the boat uninjured with a maximum amount of energy and power ability, fully hydrated, the better they will become tactically, emotionally, physically and mentally. So we have created an environment where the most important thing is prehabilitation (training that aims to prevent injuries); mobility, flexibility, and the ability to get into different positions under load and not get injured. That forms the foundation of our training. Then we have the crew weight restrictions to consider, and we have to be able to create that defined amount of power.

“We've got this jigsaw, we've got all these great sailors and what we have got to do is find the right six that fit onto that boat so that there are no pieces missing. All while producing the target amount of power over long periods of time, being quick and agile, and making complex decisions under stress.” Williams smiled, and added the line that I suspect will haunt the sailing team for the next two years. “It's not going to be easy, it's definitely not going to be fun, but it is definitely achievable.”

Watch 'The fitter they are the faster they fly' HERE