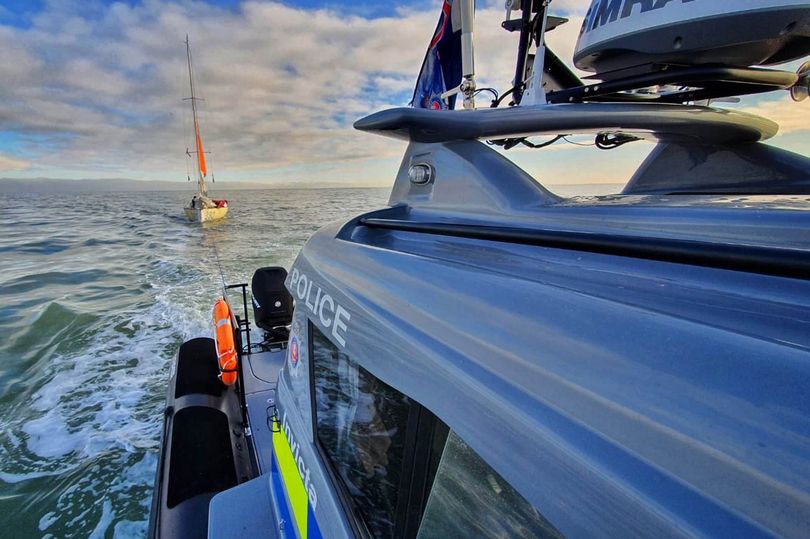 The yacht was spotted floating in the Channel (Image PA)

A sailor has been plucked from the English Channel after he drifted “hopelessly” for three days with no power.

Police in Kent said they stumbled upon the floating yacht during a routine patrol of the Port of Dover at 11am on Sunday. The stricken yacht had failed its unnamed owner, who had no power to radio out so could not raise the alarm.

A spokesman for Kent Police said an “extremely grateful” sailor was returned to the port safely. “This yacht was found drifting in the Channel with a failed engine and no radio. The person on board told us he had been drifting hopelessly for three days! Kent Marine Unit have towed an extremely grateful sailor and his yacht into the safety of a port.”

Police said the desperate sailor had his sails up, but there “was hardly a breath of wind” to help him. With his engine inoperable, he had no power to his VHF radio.

The rescued yachtsman was “totally fine, and in good spirits”, Kent Police said, as they added that he has “got some repairs to get sorted now, though”.

No injuries were reported and the boat was towed to the Port of Dover.