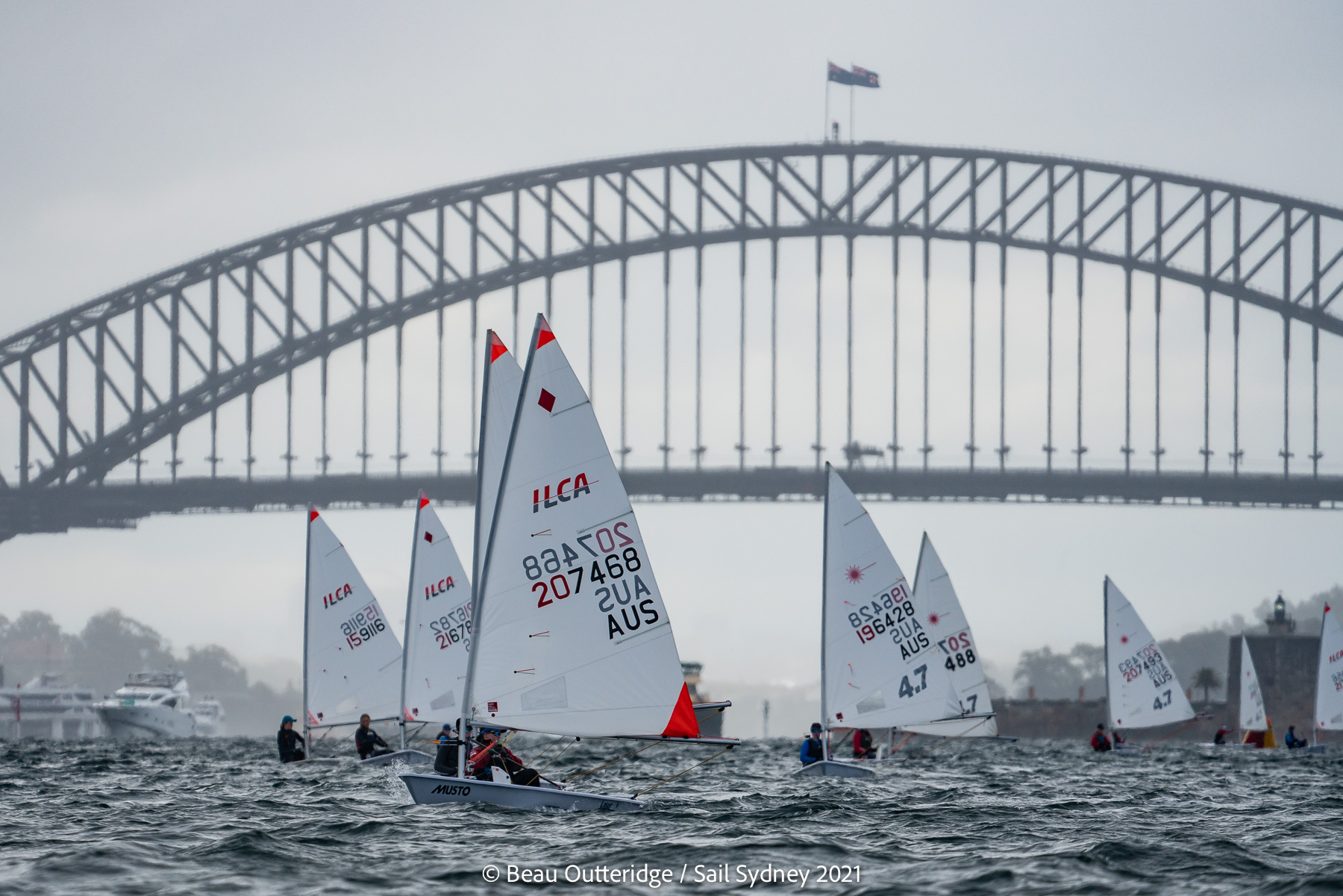 A wild storm lashed Sydney Harbour on the second morning of Sail Sydney, creating delays to the morning racing and a racecourse filled with whitecaps and a strong westerly breeze when racing eventually got underway in the afternoon.

The young 49er team of Laura Harding and Annie Wilmot handled the conditions better than most, as they continue to dominate with straight bullets through the first two days of racing.

“This is only our first regatta together, but we’ve been in the boat together for almost two years” noted Wilmot.

Border restrictions have meant Melbourne-based Laura and Sydney-based Annie haven’t had as much time together on the racecourse as they would have liked, but they are now looking forward on a packed 2022 schedule.

“We will head to Sail Melbourne in January and then prepare to head over to Europe” Harding added.

Tom Burton won Olympic Gold in the Laser class in 2016, but he has recently transitioned to the 49er and now has his eyes firmly set on representing Australia again at Paris 2024. He noted some of the subtleties between the classes before racing today.

“The biggest difference is that you can be really polished in a Laser as the manoeuvres can be mastered with repetition, but with 49er there’s extra elements at play so it’s a lot more technical,” said Burton.

“You have different expectations with 49er sailing. Everything happens a lot faster, and decisions need to be made quicker. Even the best 49er sailors in the world fall off the boat.”

Burton and his crew Simon Hoffman plan to continue their campaign in Europe next year, after Tom and his wife Emma welcome their first child in February.

In the wind foiling class, Woollahra Sailing Club counterparts Grae Morris and Will McMillan are locked in a tight battle after McMillan won the final three races today narrowing the net points margin to just two.

Sail Sydney is the first opportunity to return to fleet racing for many of the development classes after a disrupted couple of years. The 29er class had two races today and were challenged by the shifty breeze.

“It was solid racing for the front pack of 29ers with a few big swims along the way” noted Annie Eastgate, 29er coach for the Queensland Academy of Sport.

More big winds are predicted for Sydney harbour tomorrow which is set to fuel some great racing on day 3 of Sail Sydney.